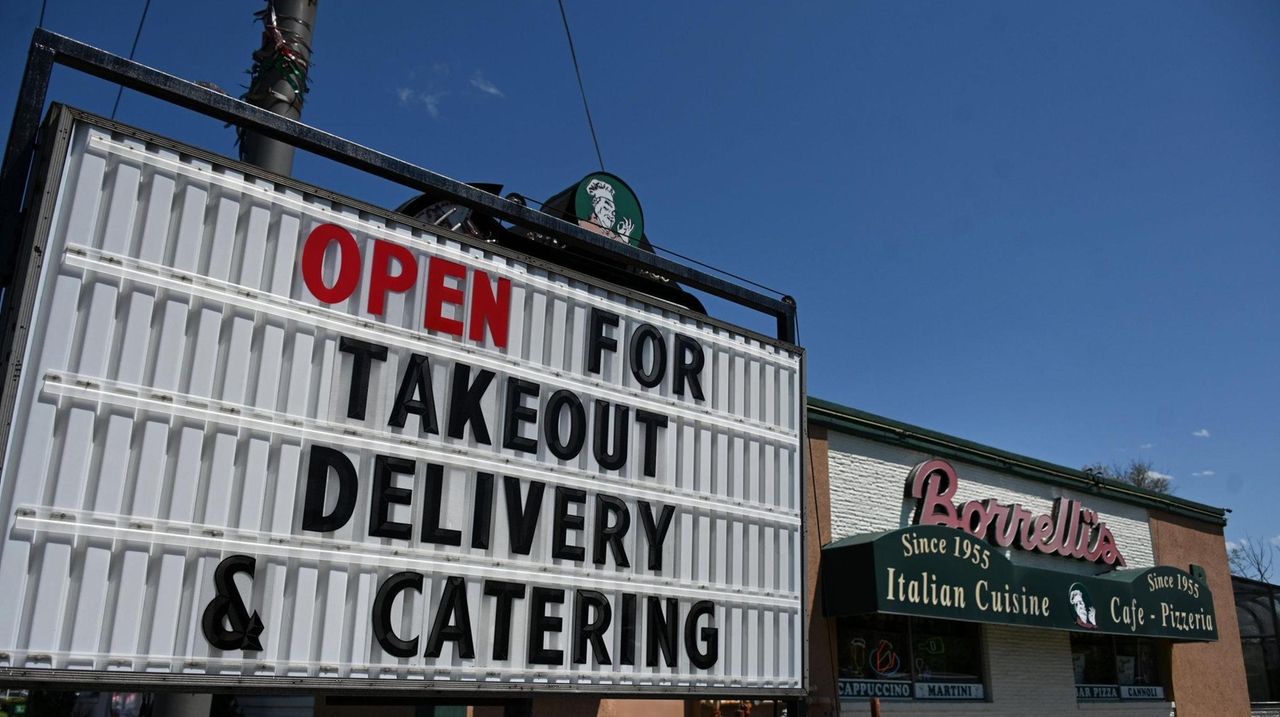 Many Hempstead Town eateries would be able to apply online for outdoor-seating permits — with all fees waived — under planned legislation aimed at helping supplement an all-but-certain drop in business due to social distancing limits.

The permits, to last until Dec. 30, would be issued whenever Gov. Andrew M. Cuomo loosens a shutdown order — in place since March 16 — banning on-site consumption and allowing only takeout or delivery at venues like bars, eateries, and coffee houses, according to a Hempstead Town news release. Cuomo’s modified order would likely mandate reduced capacity and minimum distance between patrons, even when venues are allowed to reopen.

“They’re gonna be restricted most likely in how many participants can sit inside their restaurants,” town Supervisor Don Clavin said Tuesday at a news conference. “They need customers to survive. They need help, and they don’t need red tape from government.”

The application is available online at hempsteadny.viewpointcloud.com.

The outdoor setup must be spaced according to social distancing rules and end by 10 p.m., according to instructions on the website.

In other jurisdictions around the country — including Louisville, Northern Virginia, Providence, West Palm Beach, San Francisco and New York City — outdoor seating is being eyed as less risky for disease transmission than indoors.

New York City Mayor Bill de Blasio said May 7 that service “outdoors is an interesting and promising possibility to rely on,” but “you still need precautions.”

On Wednesday, de Blasio said he was “intrigued” by the “appealing idea” of opening up roadways to outdoor seating, and although he said he has begun discussing the idea with the restaurant industry, “we’re not there yet.”

A study in China posted April 7, which hasn’t been peer reviewed, examined 320 Chinese cities and found that while sharing indoor space poses a “major” infection risk, only one outbreak involved an outdoor environment.

After the Hempstead legislation is written, it will be introduced at an upcoming board meeting, but the building department has started accepting applications to begin the process, town spokesman Mike Caputo said. In ordinary times, the permit process could cost an eatery thousands of dollars, he said.

Those fees would have gone into the town budget. Clavin has said the town projects a budget shortfall because of the coronavirus emergency but is assessing its finances and how to address the deficit.

Hempstead Councilman Dennis Dunne Sr. said at the news conference that the legislation would be a “shot in the arm” amid fears that businesses won’t have sufficient spacing, and “you gotta have the spacing, social spacing.”

But, he said of outdoor seating, “There are some restaurants that aren’t going to be able to do this, because they’re too close to the main street.”

According to Caputo, approval isn’t automatic: The town will decide whether to issue a permit based on factors such as an eatery’s proximity to roadways, ability to maintain social distancing and the safety of patrons and pedestrians. Inspectors would be deployed “to make swift evaluations and approvals,” the news release says.

The release doesn’t mention bars and pubs, but Caputo said applications from these venues would also be considered.

Applications are to be filled out through the OpenGov cloud service. The town board approved a contract with OpenGov last month with an initial cost of $263,000, according to Caputo, who said Hempstead’s building department is moving online permitting, licensing and code enforcement. Before the cloud contract, an eatery would have needed to do the permitting process in person, according to Blower.

Caputo said the town is aiming for a turnaround time of five days from application to issuance. He said applicants who can't apply online should leave a message for the building department at 516-812-3600.