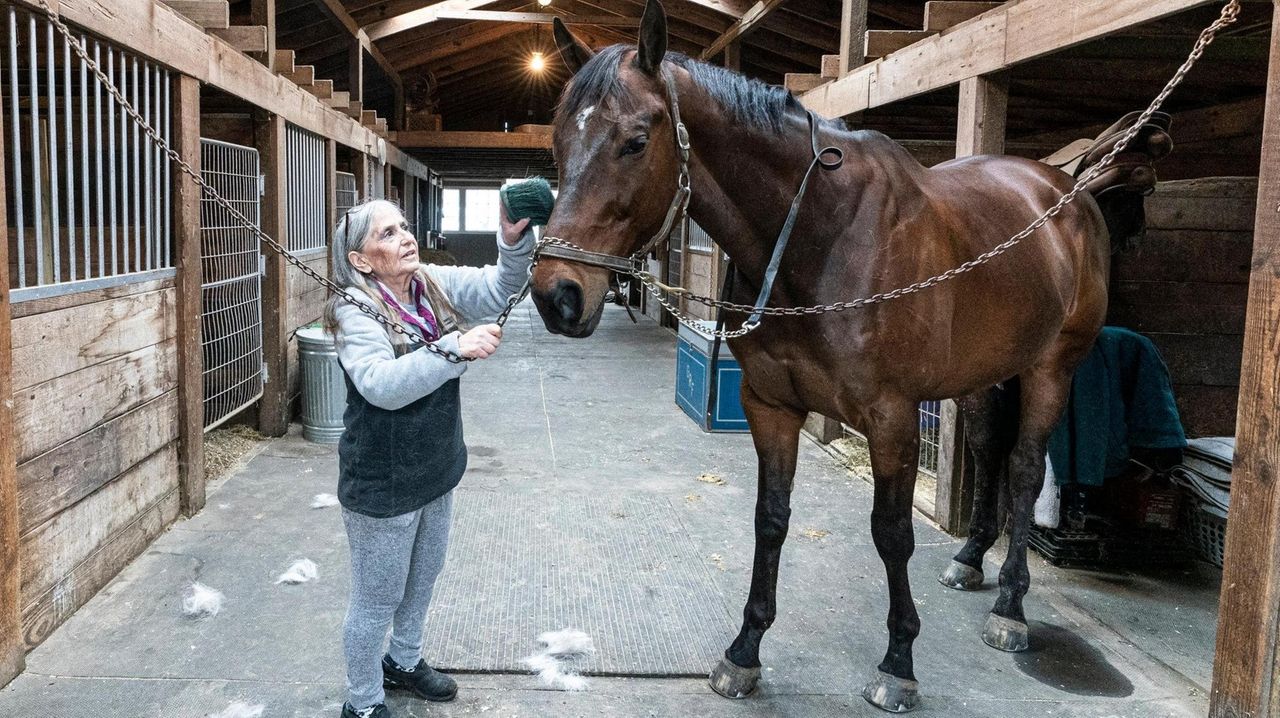 The effects of the COVID-19 outbreak have left horse farms and equestrian centers on Long Island grappling with drops in revenue and facing tough decisions, ranging from reducing hours for staff, to doing more with smaller crews, to a fate that ends in death for horses they can no longer afford to care for.

Deborah Flynn, owner of Grouse Ridge Horse Farm in Medford, which specializes in selling horses, said since the outbreak began she has cut hours for her three-person staff and has taken on more responsibilities because of less income coming in from selling school horses, or experienced horses used for riding lessons, which is a large part of her farm’s revenue.

In Manorville, Carolyn Jolly, owner of Hidden Pond Stables, said the stable has had to cancel camps and riding lessons, which account for 30% of their income. The stable also canceled three annual horse shows it hosts in April and May, which Jolly said was a “significant financial impact.”

While staff schedules have been scaled back by a day, Jolly said her 35-acre facility, which houses 80 horses, has so far not had to issue layoffs. She has applied for an Economic Injury Disaster Loan from the U.S. Small Business Administration, which offers up to $10,000 to businesses impacted by COVID-19.

In Riverhead, Marissa Striano, CEO of Spirit’s Promise Equine Rescue and Rehabilitation, said horse owners who have lost their jobs and incomes have been relinquishing their animals. She said her facility, which houses 16 large horses, nine miniature horses and three donkeys, has taken in three more horses since the outbreak, but rescue operations like hers are running out of room.

“These are lesson horses from barns, these are people who rescued these horses from auction, and it’s just very difficult right now for us,” said Striano, 57. The rescue operation employs seven full-time staff and 75 volunteers, the latter of which they have stopped bringing in due to the virus.

At Knoll Farm in Brentwood, owner Bonnie Mercier said her farm, which has more than 50 horses, had been running on a skeleton crew to keep the horses properly maintained.

Much of the farm’s income is generated from riding lessons and school horses, with many customers usually coming in from Manhattan, Mercier said. She added that because of the governor’s stay-at-home order the farm has lost that revenue, which helps pay the mortgage. Though Mercier said she thinks her farm will be OK in the long run, she said she worries about smaller horse farms on Long Island struggling through the pandemic.

More horses potentially at risk of being sold for slaughter

Flynn, who is buying fewer horses due to the pandemic, said she worries that as the crisis continues, more horses could potentially be sold for possible slaughter overseas.

Striano said she has similar concerns, worried that barns that depend on riding lessons for income may be forced to scale down on horses, which would put older equines at risk of being sold.

“The older senior horses that are not making as much money for them will be gone,” Striano said. “That’s where we’ve stepped in. You keep a rider safe on your back for 15 years and your reward is to go to slaughter? In my book that’s not right.”

Michel Palacci, 66, owner of Skye Acres Equestrian Center in Patchogue, said his stable — which usually offers more than 50 riding lessons weekly — has seen revenue decline because of canceled lessons amid the pandemic. He said he also worries that more horses islandwide and nationwide could be sold to slaughterhouses abroad.

“A good school horse is hard to come by, and for them to be sent to a slaughterhouse in terrible conditions is a terrible predicament, and they will be extremely difficult to replace,” Palacci said.

To help local horse farms in distress, Flynn in late March set up a fundraising page on Facebook, Deborah G’s Pets/Animal Fundraiser, where local horse enthusiasts can make donations to help school horses. She had raised more than $6,400 as of this week for purchasing hay and grain.

Striano said Spirits Promise is holding a mobile food pantry on May 5 at Tanger Outlets Riverhead, where hay and other items can be donated to the equine community.

“This has to be brought to the attention of the public at large,” Palacci said. “It’s a crisis.”