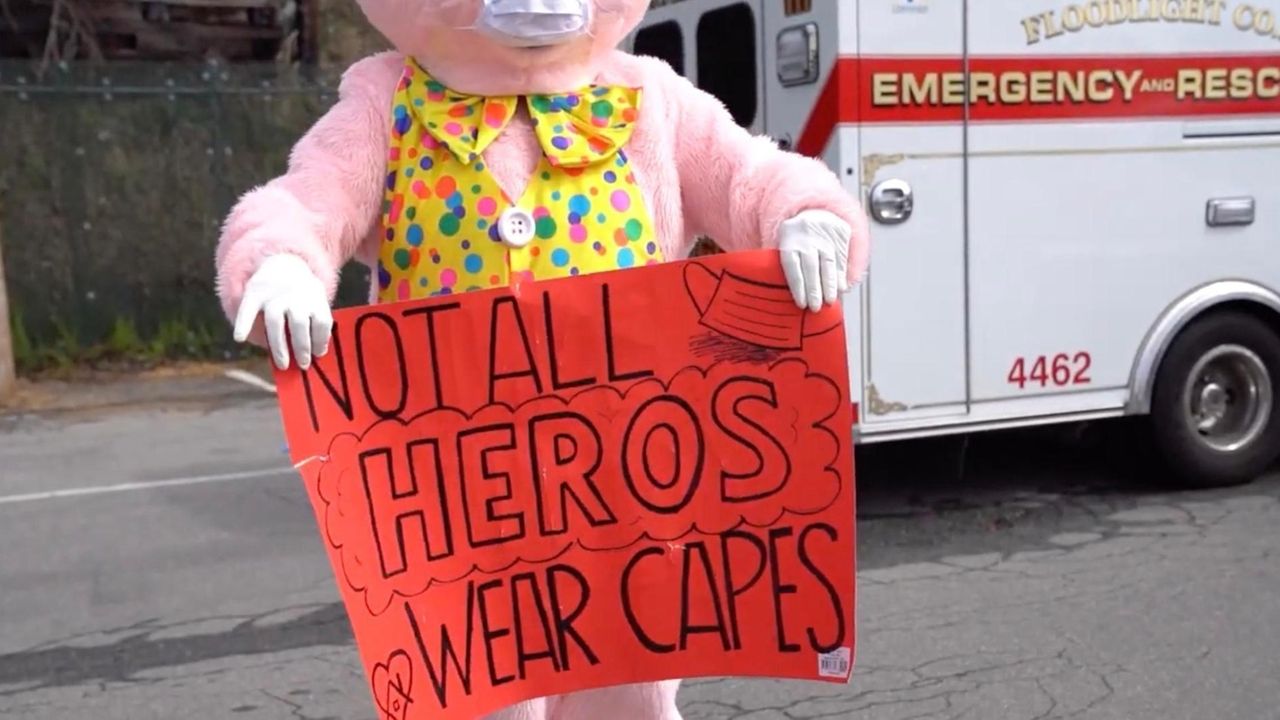 Hundreds of Long Island residents surprised hospital workers at Mount Sinai South Nassau this week with a parade of cars displaying signs of gratitude for their efforts in the coronavirus fight.

Around 11 a.m. Wednesday, families, police and fire departments began the car procession down One Healthy Way and onto Oswald Court to the front of the Oceanside hospital where nurses, doctors and other staff lined up to watch the people waving signs and honking horns.

"Thank you to our real-life superheroes!" read one sign. "Not all heroes wear capes," read another.

"Based on the hours that these folks have been working and the gravity of the situation, we felt that something needed to be done at this time to try to lift their spirits and pump them up a little bit," said Anthony Cancellieri, parade organizer and vice chairman of the board of directors for Mount Sinai South Nassau.

Cancellieri said the idea came from Joseph Fennessy, the board chairman, who had seen community-led parades for hospital staff in other parts of the country.

The parade of 400 vehicles included 20 fire trucks and more than a dozen police cars from towns surrounding the hospital, Cancellieri said.

Community members have been showing their support to hospital workers every day, dropping off food, soda, cards and hopeful messages from kids, Cancellieri said.

"You can sense that the community just wanted to put their arms around the hospital and hug the hospital," Cancellieri said.

It took one week to organize and execute the plan to have the community rally in a car parade, he said.

Signs were collected afterward for display on the fence around the hospital to help boost the spirits of hospital workers as they enter the building, organizers said in a news release.

Cancellieri said he stood with hospital workers to watch the 20-minute parade.

"To stand there and take in what these angels were experiencing when they were looking at all of the community" — in some cases their spouses and children — "it was heart-wrenching," Cancellieri said. "People were crying and they couldn't believe it. A wonderful 20 minutes. Probably the best 20 minutes of my life."