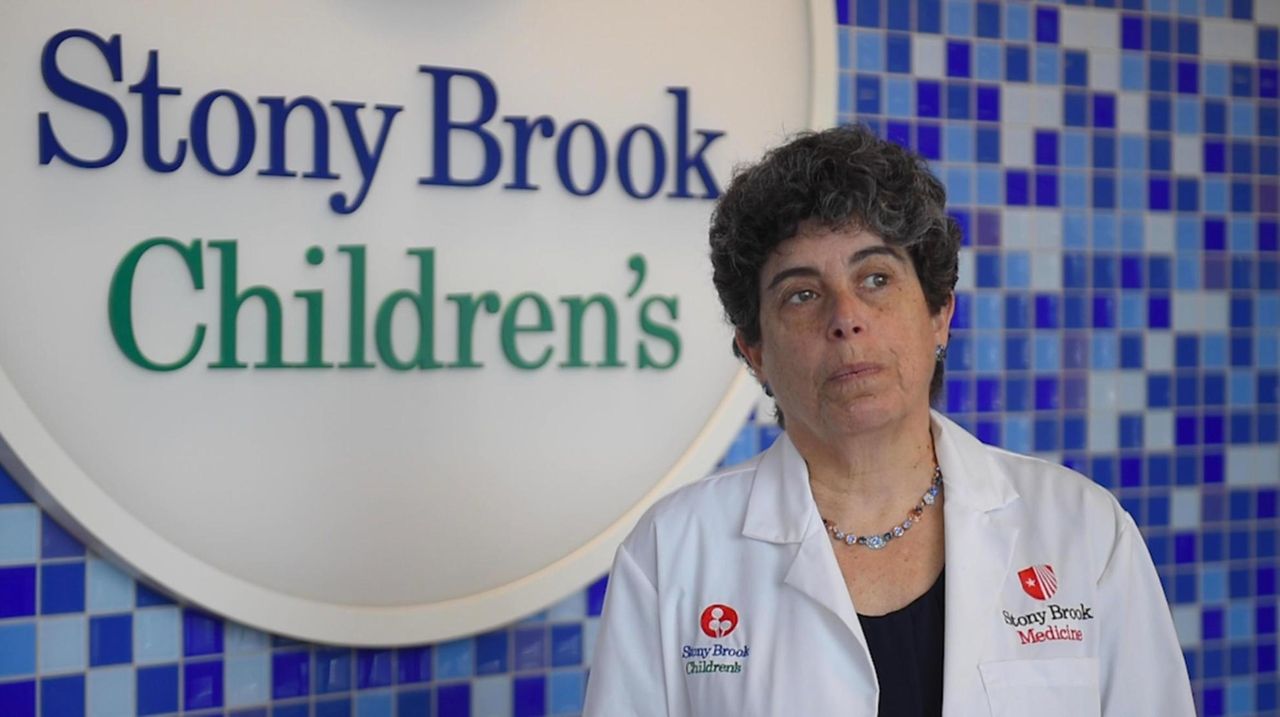 What does life look like on Long Island with the summer upon us? Dr. Sharon Nachman, chief of pediatric infectious diseases at Stony Brook Medicine, talks about it. Credit: Johnny Milano

Life could be back to normal a year from now, though it will depend on how many people get vaccinated against the coronavirus — and booster shots could be necessary, some health experts said.

"My hope is we will be at a place where the [winter] holidays will look potentially somewhat like they were in the past," said Perry Halkitis, dean of the Rutgers School of Public Health in New Jersey.

Halkitis and three other health experts were surveyed on when life will return to normal, and although three of the four predicted that likely will be by late this year or early 2022, their answers were filled with caveats about the many unknowns. Among them: the effect of virus variants; the length of immunity the vaccines will provide; how many of the 20% to 30% of Americans who polls say are reluctant to get vaccinated may eventually get the shot; and when young children will be eligible for vaccines.

Halkitis said the key to normalcy is reaching herd immunity, when enough people are vaccinated or naturally immune that the virus no longer spreads widely. Experts nationwide have placed the number needed for herd immunity at between 70% and 90%.

A Newsday analysis finds that, at the current rate of vaccinations, 70% of Long Islanders would be fully vaccinated by July 9 and 90% by Aug. 19. That doesn't account for factors such as when young children may be eligible.

The longer that people remain unvaccinated, the more the virus can mutate and develop variants that could be resistant to vaccines, said Dr. Sharon Nachman, chief of pediatric infectious diseases at Stony Brook Medicine.

"I do think we will have to have booster shots," Nachman said. "The good news is the technology we have used to develop the COVID vaccine can easily pivot to an ability to target the new variants."

Pfizer-BioNTech and Moderna both reported this month that their vaccines were still highly effective in clinical-trial subjects six months after they took the second of two doses.

"I think it will take at least another six months before we get an idea of how long our immunity is going to last," including whether vaccines' protection lasts less for people with weakened immune systems, Farber said.

The prospect of fewer restrictions this summer

Karl Minges, chair of health administration and policy at the University of New Haven, said even before herd immunity is reached, the rising number of fully vaccinated people will gradually decrease the probability of virus transmission. If infection, hospitalization and death rates fall low enough and stay low, and vaccination levels are high enough, he envisions fewer capacity and other restrictions over the summer, especially for outdoor venues.

As of Friday morning, 36% of New Yorkers had received at least one vaccine dose and 23.1% were fully vaccinated.

In New York, proof of full vaccination, or of a negative coronavirus test result, is now required for major sporting events such as pro baseball, hockey and basketball games, and checking for them allows entertainment venues to increase capacity.

"I personally think vaccine status will go a long way in allowing increased capacity at sporting events," Farber said. "I’d be very comfortable going in arenas where I knew everyone was vaccinated versus where I hope people are vaccinated, but I don’t know."

Farber said vaccinated people today should feel comfortable with activities such as traveling by plane domestically or going to the gym, with masks. International travel, he said, is "much trickier," because of lower vaccination rates elsewhere and the risk of more dangerous variants.

But the highest-risk venues, such as a crowded bar, which typically has poor ventilation and people drinking with their masks off, would be "one of the last things we should have," he said. "That should be when we’re very, very clear that we have very little spread."

On Monday, the Centers for Disease Control and Prevention officially declared what many scientists have been saying for months: That the risk of becoming infected with the coronavirus from contaminated surfaces is low, and that the main way people contract the virus is through the air.

Farber said he’s reluctant to make a prediction on a return to normalcy, because of the many factors that can influence when enough people are vaccinated that herd immunity is reached.

Nachman is optimistic that, with Pfizer-BioNTech and Moderna expected to submit test results for kids 12 and up in the coming weeks, children of that age will be eligible for vaccinations over the summer, with vaccinations of younger kids possibly beginning by the end of the year.

Currently, the Pfizer-BioNTech vaccine is authorized for those 16 and older; the Moderna and Johnson & Johnson ones are for people 18 and older. More than 22% of the U.S. population is under 18, according to U.S. Census Bureau estimates.

One other unknown is how likely it is that a vaccinated person can transmit the virus to others. If it’s very difficult, then the percentage of vaccinated people needed to reach herd immunity would be lower, because as vaccinations increase, the virus has fewer and fewer opportunities to spread, said Nachman, who is principal investigator for the Stony Brook University site of the largest U.S. study on the topic.

Research elsewhere has so far been "very, very encouraging" that transmission is significantly more difficult, she said.

Even when herd immunity is reached, variants will remain a wild card, Halkitis said. That’s one reason he hopes the pandemic leads to a cultural change in which people stay home from work if they feel sick, and in which temperature checks at large events become routine.

With herd immunity, the risk of contracting the virus will be much lower even for unvaccinated people, but if they do contract the virus, "They will be the ones at risk of getting sick and dying," he said.

For vaccinated people, "Once we take off the table the high risk of hospitalization and dying, it will be equal to ‘you have a viral illness, you don’t feel well,' " Nachman said.

2:23
Pfizer shot may be available to kids as young as 12 in NY starting Thursday, Cuomo says
1:27
Kids rebound from COVID lockdown in parent-run hoops league
'Hamilton,' 'Lion King,' 'Wicked' coming back
Franchises touted as a post-pandemic opportunity
Have you lost a loved one to coronavirus? Tell us about them.
LI to start receiving $841M in federal stimulus funds
Didn’t find what you were looking for?