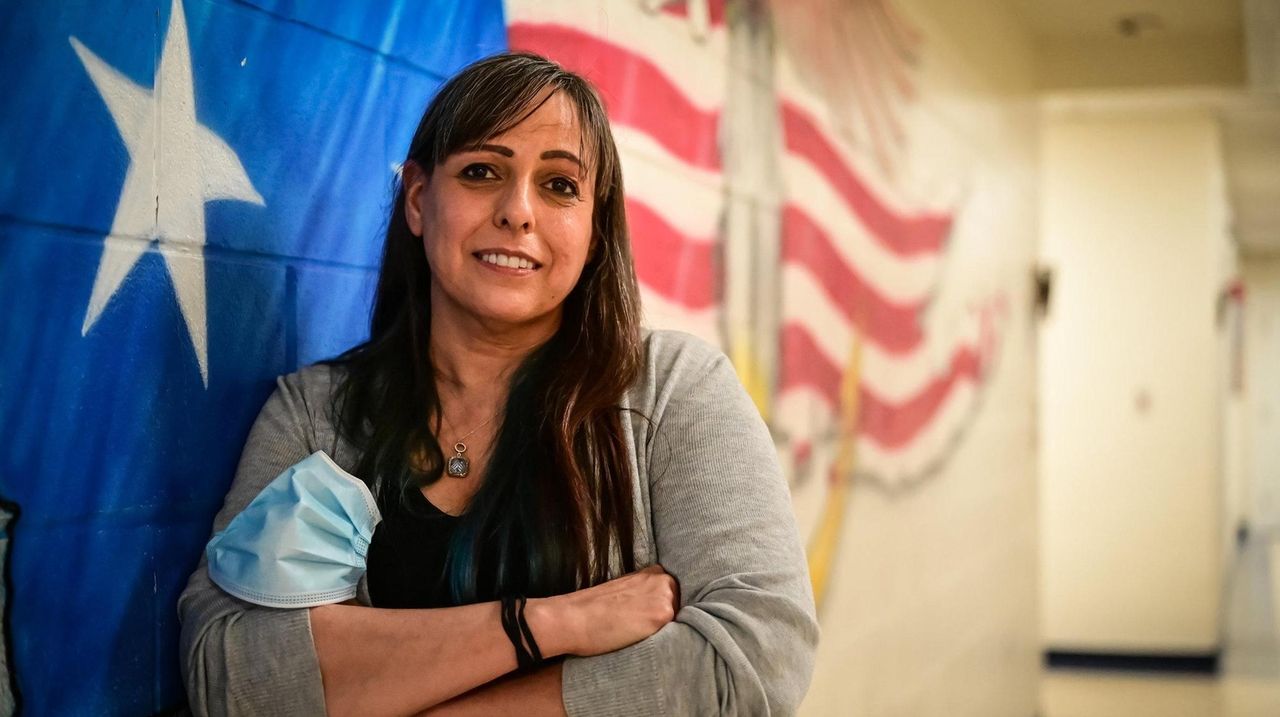 The federal government Friday is expected to lift its “pause” on use of the Johnson & Johnson vaccine, but there are signs that rare blood clots linked to the product have increased vaccine hesitancy. Greta Guarton, executive director of the Long Island Coalition for the Homeless,  spoke to Newsday about the spur in cancellations after the pause. Credit: Newsday / Thomas A. Ferrara

The federal government on Friday is expected to lift its "pause" on use of the Johnson & Johnson COVID-19 vaccine, but there are signs that rare blood clots linked to the J&J product have increased vaccine hesitancy.

A Centers for Disease Control and Prevention advisory committee is meeting Friday to discuss the J&J vaccine, and Dr. Anthony Fauci, President Joe Biden’s chief medical adviser, said in interviews that he expects a lifting of the pause then, likely with some type of warning or restrictions attached to the vaccine. The pause was voluntary, but New York and other states followed the CDC and Food and Drug Administration recommendation.

Some Long Islanders have expressed more wariness of getting vaccinated since the pause was announced on April 13, leaders of nonprofits said. Dr. Leonard Krilov, an infectious disease specialist, is worried that wariness could translate into unease about COVID-19 vaccines in general.

"I still firmly believe vaccines are the only way we’re going to get control of this disease," said Krilov, chief of pediatrics at NYU Langone Hospital-Long Island in Mineola.

Seven women and one man have had blood clots after taking the vaccine, and one woman died. Most were under 50. It’s unclear whether the vaccine caused the blood clots. Nearly 8 million doses of the Johnson & Johnson vaccine have been administered nationwide, according to the CDC. More than 560,000 J&J doses have been administered in New York, state Health Department spokesman Jonah Bruno said in an email, out of more than 13.9 million doses overall.

The blood clots are "something you don’t want to see," Krilov said. "But compared to the impact of what we’re trying to prevent, it’s a very low risk," he added, noting that it’s far more likely to get a blood clot from COVID-19 than from any vaccine.

'There's a wait and see'

Even so, the announcement about the blood clots was enough to spur cancellations for vaccinations organized by the Long Island Coalition for the Homeless, coalition executive director Greta Guarton said.

The group notified people scheduled to get J&J vaccines at three locations that they would instead be offered the vaccine from Pfizer-BioNTech, and a few dozen people canceled — for very different reasons, Guarton said.

"There were people who, because of what happened with the vaccine, they said, ‘I want to wait longer and see more about what’s going on before I’m comfortable with the vaccine,’ " she said, referring to all COVID-19 vaccines. "These are people who were already a little iffy but had been willing [to get vaccinated], and this was enough to spook them."

Others canceled because they want a one-shot vaccine, she said. The other two authorized vaccines, from Pfizer-BioNTech and Moderna, require two doses a few weeks apart.

"They definitely don’t want a two-shot vaccine, but I’m not sure if Johnson and Johnson opened up tomorrow, if they’d be the first in line," Guarton said. "There’s a wait and see. I don’t know how long that wait and see will be in effect."

Logistically, "a one-shot vaccine is much more convenient for folks who are homebound and folks who are homeless, especially when we’re working with unsheltered folks," she said. "It may be difficult for them to come back for a second appointment."

Nassau and Suffolk counties were using the J&J vaccine for homebound residents and suspended those programs, officials with the counties said. The counties are awaiting guidance from the state and federal governments, they said. The J&J vaccine also was used at county-run mass vaccination sites.

Long Island FQHC, which serves many low-income residents, has been rescheduling people who had been slated to receive a J&J vaccine, and they're now being offered Moderna, said David Nemiroff, the nonprofit’s president and CEO.

"So far, everybody we have talked with is fine with that," he said.

The group has seen the J&J vaccine as key to vaccinating as many people as possible. Some of Nemiroff’s own staff have told him they only want a one-shot vaccine, and he’s heard of similar sentiment among some community members.

Reactions to the reports of blood clots have varied, he said. "I’ve heard some people say, ‘It’s OK, it’s one in a million. I still want to get it,’ " Nemiroff said. "I’ve heard others say, ‘I was going to get the Johnson & Johnson and now I don’t know.’ "

Patients have been asking more questions recently about the J&J and Moderna vaccines, including about side effects and the positives and negatives of each vaccine, he said.

Although the J&J vaccine has been administered to all types of people, if use of it resumes, Krilov worries about a perception among homeless people and other traditionally marginalized groups that they’re being offered an inferior vaccine.

"I don’t think that’s the case," he said. "Those are groups for whom, because of inequalities and access issues, getting one dose is more feasible."

But, he said, "There are questions about trust of the system, and this unfortunately could feed into it."

Guarton said that’s one reason why she hopes the coalition can offer clients a choice of vaccines. Northwell Health, which administers the vaccines at coalition events, may discuss offering more than one vaccine when there's enough supply to make that feasible, said Dr. Debbie Salas-Lopez, Northwell's senior vice president of community and population health.

Dr. David Battinelli, chief medical officer for Northwell, is optimistic that, in the long run, the J&J pause will not increase vaccine hesitancy, especially with the "good track record" of the Pfizer-BioNTech and Moderna vaccines.

"I think it will undermine confidence in vaccines among the people who already are not confident about vaccines," he said.