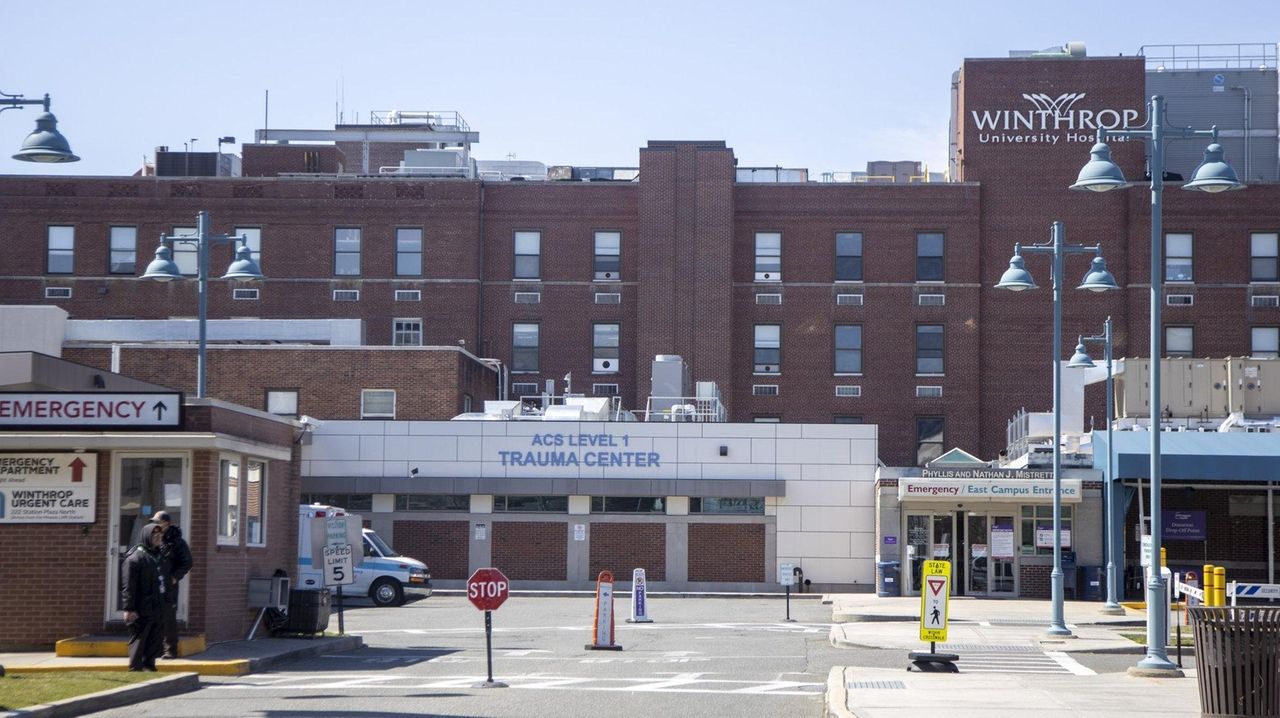 Officials say pediatric multi-system inflammatory syndrome has sickened dozens of children across the state, leading to the death of at least three. More than 30 children on LI have been treated for the illness thought to be tied to COVID-19. Here’s the latest, in our daily coronavirus wrap-up video. Credit: Newsday / Cecilia Dowd, Yeong-Ung Yang; Facebook / Governor Andrew Cuomo

Two to three children are coming into one Long Island hospital daily with an inflammatory disease thought to be tied to COVID-19, health care officials said Monday.

Most of these young patients are so ill, they are immediately put into the intensive care unit at Cohen Children’s Medical Center, said Dr. James Schneider, chief of pediatric critical care medicine at the center in New Hyde Park. He said more than 30 patients have been admitted with what is being called "pediatric multi-system inflammatory syndrome associated with COVID-19."

Hospitals across the state by Monday had reported 93 cases of the illness, which can cause inflamed muscles and breathing problems, state officials said.

Health experts believe the illness could be the body’s overreaction to COVID-19, the disease caused by the novel coronavirus.

Parents should be on the lookout for symptoms that include a persistent high fever, rash, belly pain and vomiting. In general, most of the patients are healthy kids who didn't know they had COVID-19 and later tested positive for antibodies, Schneider said.

Schneider said he isn’t surprised these cases have been popping up in recent weeks based on early information about the syndrome.

“This phenomenon starts weeks after infection,” he said. "It all makes sense that now they are showing up — at least from what we think we understand about this illness."

Last week, the state Department of Health issued an advisory about the syndrome and required health care providers to report all cases in people under age 21. State Health Commissioner Howard Zucker said a team of experts is evaluating each of the cases.

NYU Winthrop in Mineola has treated two patients with the syndrome, said Dr. Leonard Krilov, the hospital’s chairman of pediatrics. The most recent, a 4-year-old girl, has been at the hospital since late last week after showing symptoms of the illness, including a fever and rash, Krilov said.

Krilov said the patient is in stable condition and her vital organs are “doing well.”

The hospital's first patient, a 4-year-old boy who since has been released, had a high fever, rash, abdominal pain and inflammation in his kidneys, Krilov said.

Stony Brook Children’s Hospital treated a 10-year-old boy about a week ago who had symptoms linked to Kawasaki disease, along with vomiting, diarrhea and low blood pressure, said Dr. Christy Beneri, fellowship program director of pediatric infectious diseases at the hospital.

Kawasaki disease has symptoms that are similar to the new syndrome, such as inflammation of the lips, tongue and eyes, and rashes.

Beneri said the hospital doesn’t have any patients hospitalized with the new syndrome.

“We’ve spoken to a number of pediatricians who are concerned for their patients,” Beneri said. “Viral infections will give children a fever, but this is not just a fever and a rash. It’s a constellation of symptoms.”

Rockville Centre-based Catholic Health Services said it does not have any pediatric patients exhibiting symptoms of the syndrome. Mount Sinai South Nassau hospital also has not seen any suspected cases to date.

“We have had pediatric patients under the age of 21 years of age admitted with COVID-19 infection, some requiring critical care intervention, including cardiovascular and respiratory support,” said Dr. Catherine G. Caronia, senior vice president of academic affairs at Catholic Health Services.

Caronia added that Suffolk County could see a “slightly later onset” of these cases, which would mirror the migration of COVID-19 from New York City to Nassau, and then to Long Island’s eastern county.

New York City Mayor Bill de Blasio said Monday he didn’t believe the illness would impact the city’s plans to reopen schools in September. Officials said 38 children in the city have been diagnosed with the disease, and nine cases are pending review.

Krilov said patients who are really ill should go to the emergency room.

“If a patient has a lower fever and isn’t feeling well, be vigilant and contact your pediatrician,” he said. “There is no distinct test for this, but a lab test can show distinct markers that are helpful.”

What you should know about the children's syndrome linked to COVID-19The new illness affecting children is called pediatric multi-system inflammatory syndrome and is thought to be linked to the novel coronavirus.