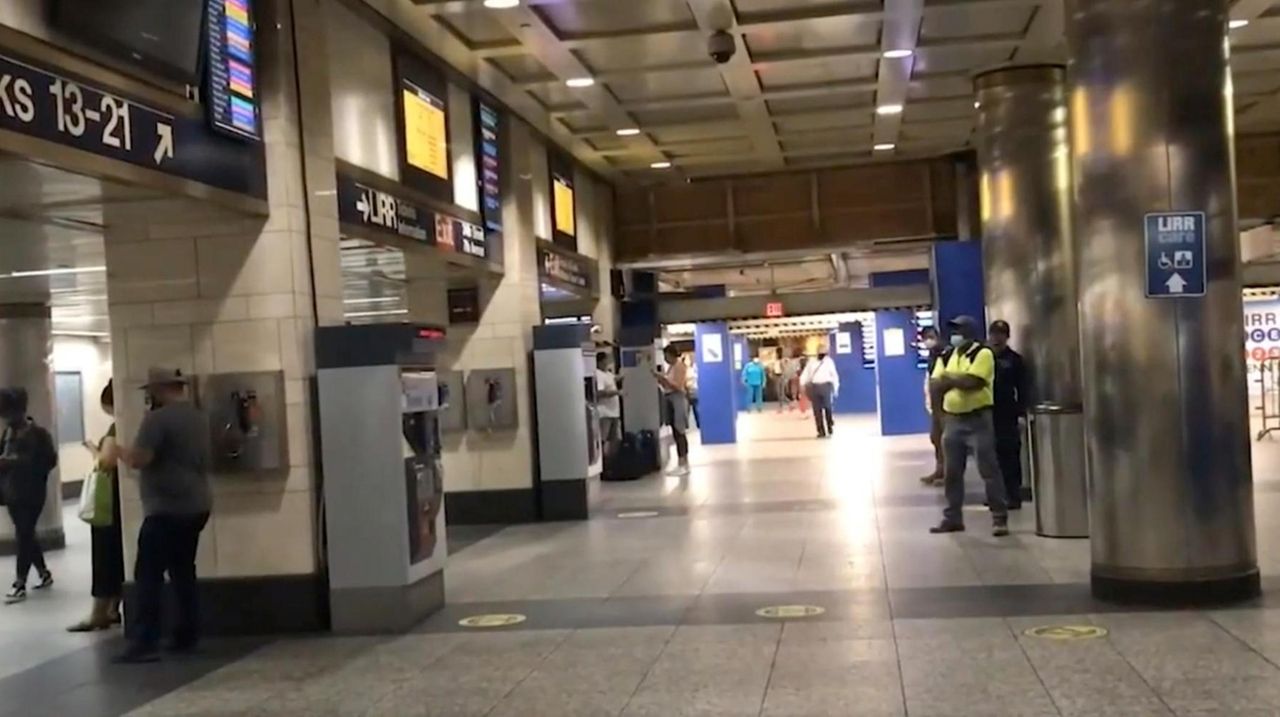 LIRR commuters are concerned about keeping a safe social distance in what is typically the most crowded location in the railroad system: Penn Station.

Although only 13% of Long Island Rail Road riders have returned after the lifting of stay-at-home restrictions statewide, many are worried about the potential for a second wave of COVID-19 later this year and a predicted increase in ridership that could bring back about 60% of passengers by the end of 2020.

Those concerns are compounded by widespread construction at Penn — the busiest train hub in the United States — that has caused large sections of the subterranean Manhattan station to be blocked off, and several businesses shuttered, reducing commuters’ ability to practice social distancing.

Janet Rodriguez-Fetherston, 62, who recently returned to commuting, said although Penn appears as a “ghost town” right now, she’s already thinking about what conditions will be like when riders return in big numbers, and the next rush-hour service meltdown.

“When there are train delays and cancellations, I think it will be impossible to social distance,” said Rodriguez-Fetherston, of Islip Terrace, a treatment coordinator for a cosmetic dentist in Manhattan. “I’ve been commuting 20 years, and it’s bedlam when that happens.”

On Monday — the first day of New York City’s reopening — railroad customers got a glimpse of what could happen after a trespasser in one of the East River Tunnels caused train service in and out of Penn to be temporarily suspended during the traditional evening peak. Although there were relatively few riders in the LIRR system at the time, similar incidents before the pandemic resulted in massive overcrowding at Penn.

Amtrak, which owns Penn, and the LIRR, which operates its own concourse there, both said they’ve taken several measures to prevent the spread of COVID-19, through which about 650,000 people traveled daily before the pandemic. Amtrak said it is giving riders more time to board trains, and is using all possible boarding gates. It also has limited capacity on trains so that customers don’t feel the need to rush to get a seat.

“These crowd-reduction measures are in addition to the other numerous safety measures that Amtrak has implemented at [Penn Station] for the safety of customers and employees,” said Jason Abrams, a spokesman for Amtrak, which has shut down its portion of Penn nightly from 12 a.m. until 5 a.m. “for a complete disinfection.”

The LIRR, which is keeping its portion of Penn open around the clock, has increased cleaning and disinfecting efforts there, including shutting down bathrooms overnight for deep cleaning.

LIRR president Phillip Eng said the railroad, before the pandemic, had taken measures to address overcrowding at Penn, including coordinating on emergency procedures with the various police departments that patrol the station, and installing digital departure boards throughout the facility that allow people to “better spread out instead of sitting underneath one large board.”

Eng said the railroad’s attention to addressing infrastructure issues has reduced the type of service disruptions that could contribute to overcrowding at Penn. Amtrak, too, has targeted infrastructure-related delays through its Penn Infrastructure Renewal program, which began in 2017 after several major failures at the station.

“The last few years, the Long Island Rail Road’s priority has been addressing infrastructure needs, addressing our fleet needs, to make sure we find ways to control what we can control — to avoid those types of incidents that were happening too frequently, and mitigate the incidents that we can’t always control," Eng said during a May Newsday webinar, responding to a question about the LIRR's efforts to address potential overcrowding at Penn during the pandemic.

LIRR spokeswoman Meredith Daniels noted that much of the ongoing construction work at Penn that is blocking off some areas aims to create more room for commuters to spread out. One key effort will create a new entrance into Penn at 33rd Street.

"When the project is complete and the project barriers are removed, we will have more room in the corridor than we had prior to the project," Daniels said.

Malverne commuter Matthew Anen, who was waiting for his track to be announced, surrounded by a few dozen people at Penn on Wednesday afternoon, said that while he believes the railroad has a responsibility to prevent the spread of the coronavirus, customers do as well.

“I absolutely think it’s on [the LIRR]. But … it’s also on the people. It’s the New York way. Take care of yourself, and take care of everybody else,” said Anen, 27, who wears a protective mask while commuting and tries to keep a safe social distance from others.

“We’ve all seen what this place is like when it gets packed," he said. "There’s going to be no way to avoid that. … If you take care of yourself, I think everyone is going to be fine.”

State Sen. James Gaughran (D-Northport), who has pushed for reforms to help commuters, said another key to preventing the spread of COVID-19 at Penn is protection for LIRR workers.

Gaughran also said the pandemic should add urgency to efforts aimed at expanding capacity at Penn, including a January proposal announced by Gov. Andrew M. Cuomo to purchase the block south of the hub and transform it into a station annex with eight new tracks. Cuomo has said the effort, combined with the ongoing project to transform the Farley Post Office adjacent to Penn into the Moynihan Train Hall, would triple the station's existing capacity.

The Empire State Development Corp., the state agency leading the “Penn South” and Moynihan projects, did not immediately respond to a request for an update on the projects.

“I think anything that can be done to help spread people out would work,” Gaughran said.