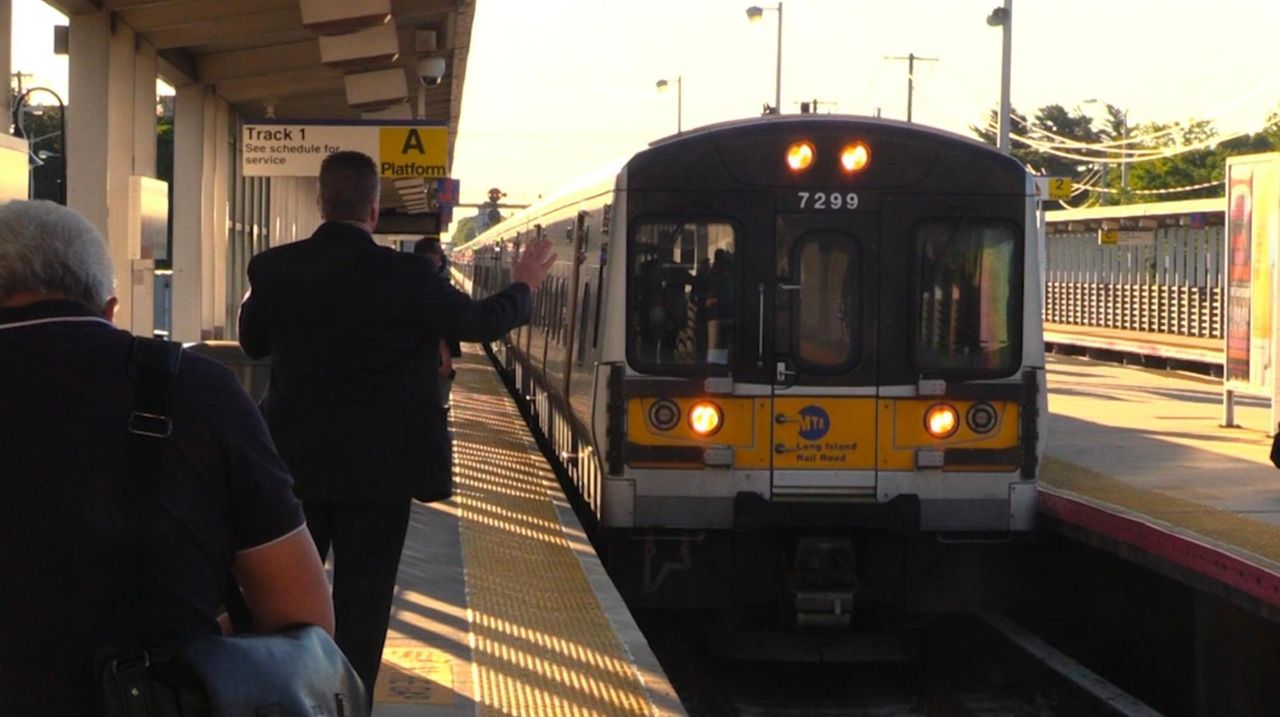 More people returned to jobs in New York City on Monday, but traffic on the Long Island Rail Road was far from pre-pandemic rush hour.

At Hicksville — the LIRR’s busiest Long Island station — there were only a few dozen commuters waiting for a westbound train at any given time Monday morning, and plenty of parking spaces in the station lot. The railroad, which had been operating a reduced schedule since March, added about 150 trains Monday — restoring service to about 90% of pre-pandemic levels — as New York City started Phase 1 of its reopening process.

Those returning to the system after two months were greeted by floor markings to keep them socially distant as they waited to use the ticket vending machine, and LIRR personnel handed out bottles of hand sanitizer and face masks to those who needed them. The railroad added 20 customer service positions at various stations to supplement existing staff.

“I am starting to feel comfortable. Am I as comfortable as I was before the pandemic? Obviously not . . . But I do think the railroad is taking all the steps that it needs to,” said Paul Sathue, 57, of Levittown, who, like most passengers, wore a mask as he waited for his train on the Hicksville platform. “Once I get into the city, I’m expecting, obviously, more crowds. So I’m going to be a little more aware of my surroundings and making sure I can try to social distance as much as possible.”

LIRR ridership plummeted by about 97% at the height of the COVID-19 pandemic, but has rebounded slightly in recent weeks. Morning peak ridership was about 8% of normal levels Monday morning, according to the LIRR.

Despite the relatively low demand, spokeswoman Meredith Daniels said the railroad doesn’t expect to reduce service again, in part because the goal is to “allow new riders more sense of comfort during the early phases” of the reopenings in the city and on Long Island.

“For the last two weeks, it has begun to get back to normal,” said Sigfried Norman, 59, of Westbury, who has been riding the train out of Hicksville throughout the pandemic, and added that at the height of it, there were sometimes just 10 people on an entire train. These days, he said he’ll see as many as 10 people in a single car, and expects that to grow in the coming days.

“Then you’re going to have people sitting next to each other,” said Norman, a computer engineer. “That would be the concern — where there is no 6-foot social distancing.”

Although many LIRR commuters said they did not notice a difference in the number of people taking trains Monday, railroad president Phillip Eng said there was a “slight increase” in ridership during the early hours, when construction workers typically take the train. Construction jobs are among those allowed to resume under Phase 1 in New York City.

Before boarding a train to head to his Jamaica office, Eng greeted commuters at Ronkonkoma — the LIRR’s key Suffolk hub. There, Eng handed out masks and spoke about the railroad’s efforts to address the pandemic, including daily disinfecting of trains and stations, and banning cash transactions.

“All of those things are to give the riders a sense of comfort and to help stop the spread,” Eng told 103.9 FM LI News Radio on Monday. “We want to make the riders that are returning feel comfortable.”