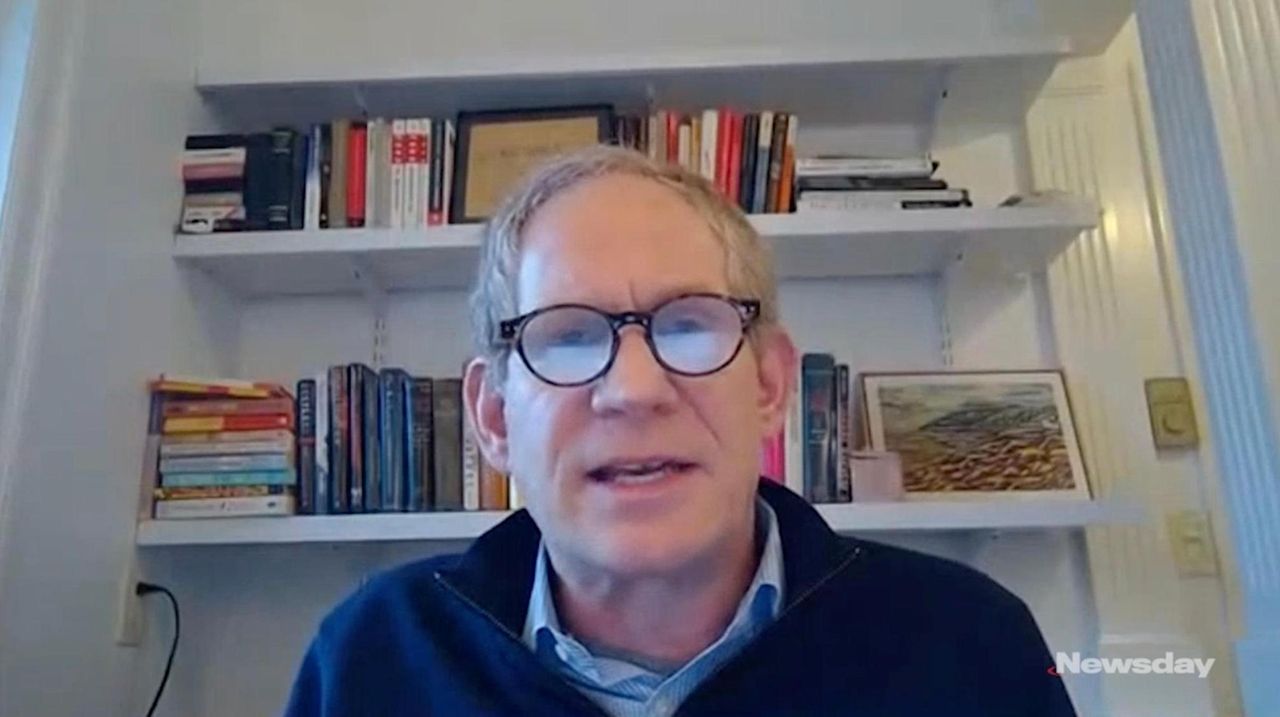 Long Island Rail Road officials said the $2.6 billion Third Track expansion project remains on schedule and within budget, as they grapple with trying to protect the project's 500 workers during the coronavirus crisis.

The project has been hampered by delays in the supply chain and the fabrication of certain components due to the COVID-19 pandemic, but the LIRR said it's finding ways to work around most of the issues, including performing some jobs remotely to protect workers.

After Gov. Andrew M. Cuomo decreed that transportation infrastructure projects could continue through the crisis, project leaders were left to find ways to do their work safely — and, at the same time, defend themselves for continuing work during a pandemic.

“The good news is that in most cases — and we’re not out of the woods yet — our contracting team and our design team have been able to figure out how to re-sequence elements of our job,” said Janno Lieber, capital construction president and chief development officer for the Metropolitan Transportation Authority, the LIRR’s parent agency. “We’re not ready to declare victory. But we’ve managed to keep work going, and do so safely.”

Resurrected by Cuomo in 2016 after years of setbacks, the LIRR Expansion Project — more commonly known as the Third Track — aims to construct a 10-mile track along a troublesome bottleneck in the railroad’s Main Line stretching from Floral Park to Hicksville.

The Third Track broke ground in 2018. Supporters of the project, which is scheduled for completion by late 2022, said the added capacity will allow the railroad to increase service, and to more easily bounce back from unplanned service disruptions.

Made up of about 40 smaller projects spread out over the 10 miles, officials said practicing social distancing along the Third Track corridor has proven easier than at more confined construction sites. Still, some changes in protocol were necessary. Workers from the LIRR and contractor 3rd Track Constructors are kept to groups of as few as two. If they must work in proximity to each other, extra layers of personal protective equipment are required. Tools are regularly disinfected, and sharing of tools is kept to a minimum. Precautions are taken to keep workers apart when they show up for work, and when they leave.

Some project workers have been able to remain off-site altogether. Some inspections, typically conducted in person, have instead been carried out remotely using GoPro video cameras, Lieber said.

The precautions appear to be working, according to Lieber, who said the infection rate among Third Track project workers has remained "very low." Eight people have tested positive for COVID-19; none has died.

Floral Park Mayor Dominick Longobardi, who has supported the project, said he would not have objected to construction being put on hold if it meant protecting the health of workers.

“I don’t want them working in a situation that puts them in jeopardy or their families in jeopardy. It’s not worth it. We’ll go a couple months, if we have to, and reschedule the whole thing,” said Longobardi, who praised the railroad and its contractor for their efforts to keep workers, and the public, safe and informed. “They have been doing all the things they’re supposed to do to take care of everybody.”

Project officials noted that prolonging construction also would mean prolonging the inconvenience that comes with it. For instance, busy New Hyde Park Road has been closed since February so a grade crossing there can be replaced with a rail bridge. Project officials have promised the community that the road would reopen by the fall. A similar grade crossing elimination project, and related road closure, is scheduled to commence soon at School Street in Westbury.

“We want to make sure we make good on our commitments to the community,” Lieber said. “And maintaining our progress is part of that.”

As an example of their commitment to keep the Third Track effort on schedule, project officials noted the recent completion of a project to rehabilitate a baseball field at the Floral Park Pool and Recreation Center that had been used as a construction staging site. Project officials had promised to finish the work in time for the usual commencement of Little League season this month.

While the MTA is struggling financially, the Third Track team has not had a problem with funding. The toll from the pandemic, including a 97% reduction in LIRR ridership, spurred the MTA to put on hold future capital construction contracts. But the Third Track project was already fully funded.

What remains unclear is when, and if, the railroad’s lost customers return, and ridership returns to the levels that necessitated the capacity expansion achieved by a third track. The LIRR carried 91 million people last year — the most in 70 years.

“I would think that probably a lot of people got used to working from home. And hopefully, that’s a growing trend,” said Floral Park resident William Corbett, who has led opposition efforts against the Third Track project for years, and said he remains unsold on the need for it. “It’s too late now to stop it.”