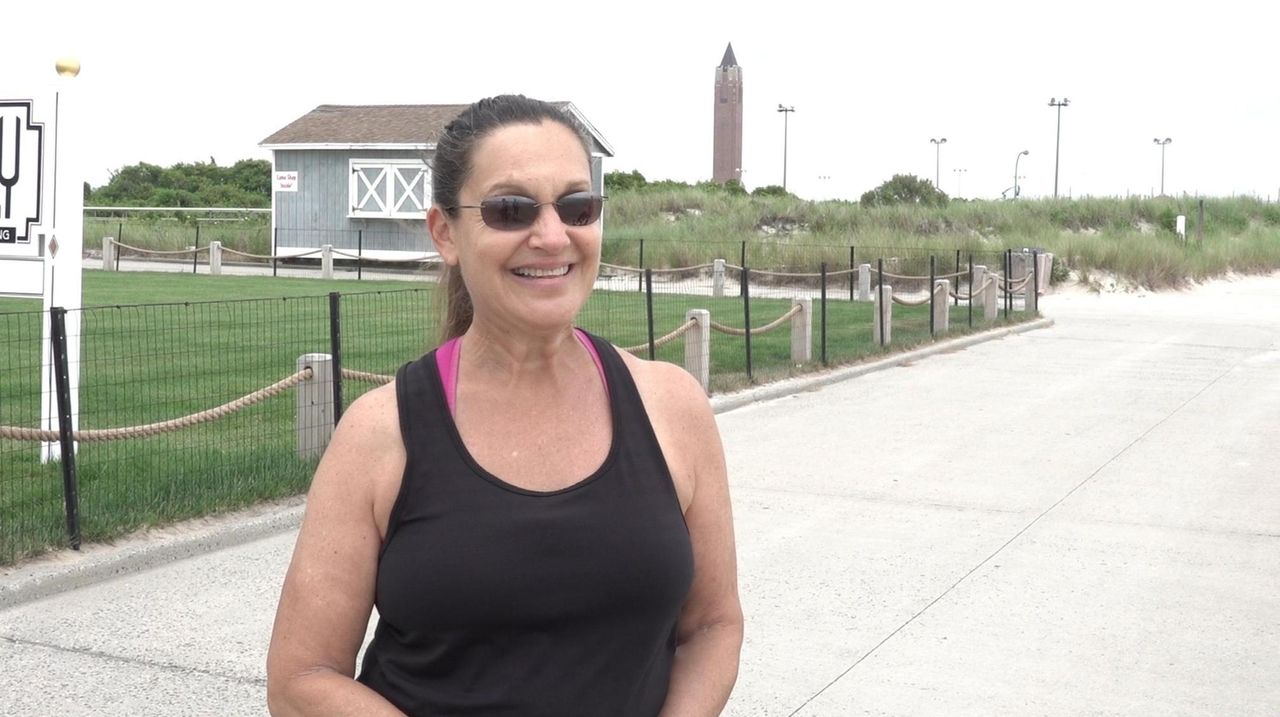 Long Islanders talk to Newsday about the cancellation of this year's fireworks show on Jones Beach.  Credit: Debbie Egan-Chin

So many of the July  Fourth celebrations that remind Americans they are one people have been canceled — just as the pandemic and November elections splinter the country.

A holiday started 244 years ago to signify a new nation coming together after an 8-year slog for independence, arrives in 2020 as the United States has figuratively declared war on itself, whether over wearing protective masks or from disagreements about race relations.

“We’re going to miss out on a sense of unity at a time when people’s spirits are down; there’s something joyous about fireworks,” said Carrie Fabrikant, of Dix Hills, last weekend at Wantagh’s Jones Beach State Park.

Politicians, businesses, workers and consumers all are struggling with differing COVID-19 safety measures that vary widely around the country, though scientists now agree masks and social distancing remain vital.

“They want everyone to come together and they’re pulling people apart,” said Fabrikant's daughter, Alli Tenenhaus, 32, of Massapequa, who was taking her 15-month-old son Logan for a stroll on the boardwalk at Jones Beach.

“It’s sad," she said, "it’s a great time for coming together; we brought Logan last year and he loved it.”

That sense of community is strengthened when thousands of people share the same experiences, experts say, from watching fireworks that rival shooting stars or listening to concerts with at least a few songs from the Revolutionary War, or watching parades with red, white and blue floats while waving flags.

Without the traditional trappings of Independence Day, Saturday could mean more intimate gatherings.

“I think … we have to have a more contemplative holiday with small groups,” said Mary Beth Norton, a Cornell University American history professor.

“In our past lives, you could go to the local town parade and you’ll know more than half the people you see there,” she said.

Her husband, Thom Gencarelli, 60, who grew up in Bellmore, offered a stoic perspective.

“It’s kind of unfortunate, but at this point, everything is crazy. Everything has changed.”

"You learn not expect things … you don't expect any routines or traditions."

Even the traditional backyard barbecue may have to be downsized, with several beachgoers saying this year’s festivities may be limited to the immediate family.

“We would have had a larger celebration,” Tenenhaus said.

Leslie Perdomo, of Bay Shore, said because of coronavirus concerns, she will probably stay home this year.

Divisions in the country are as old as the Declaration of Independence.

“The Fourth of July is yours, not mine," Douglass said in the speech. "You may rejoice, I must mourn."

But maybe there is hope to be gained from our collective history. Meany said that although New York and Long Island were hotbeds of loyalists to England, when the war ended and the United States of America was established, George Washington, when New York City was the nation’s capital, had a loyalist landlord for his lower Broadway home.

“It seems that those issues were put aside with surprising alacrity.”