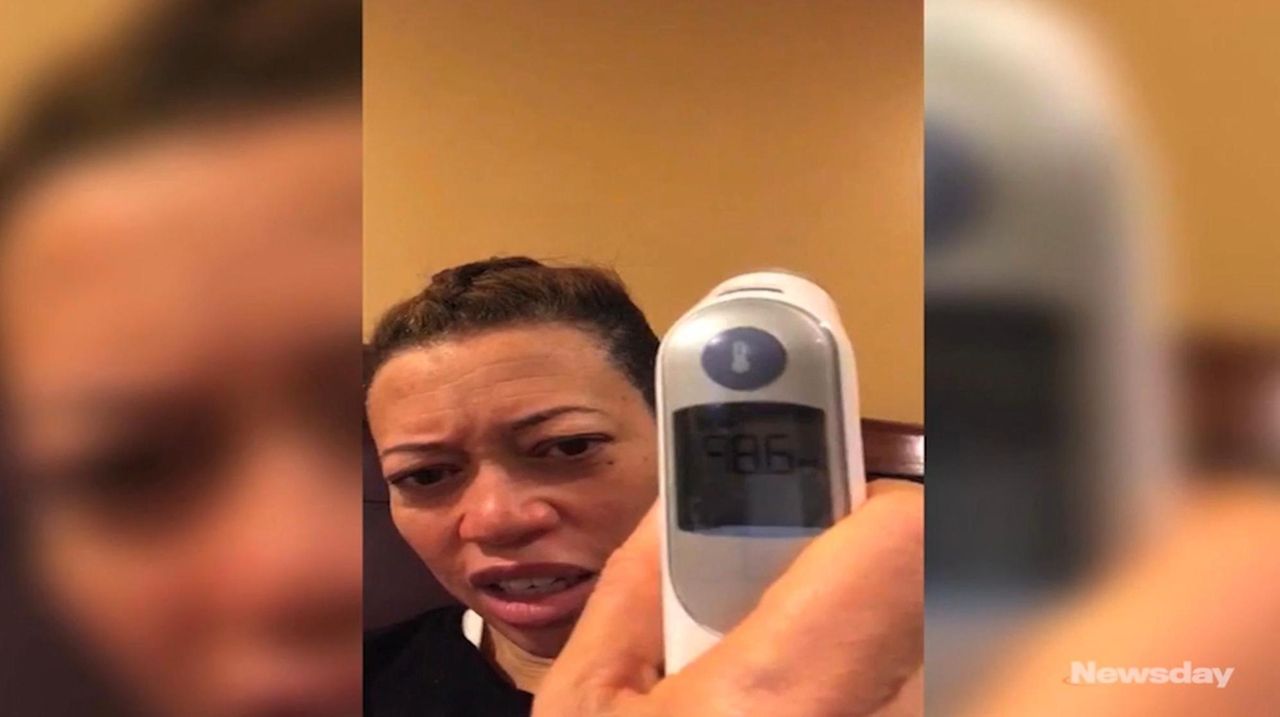 Dr. Michele Reed of Lakeview has gone three days without a fever, so she can stop self-isolation and focus on her family's health. Credit: Dr. Michele Reed

For once, the good news came in the middle of the night.

Dr. Michele Reed woke up at 2 a.m. Tuesday, took her temperature and had the first reason to celebrate in weeks. The thermometer read 98.0, meaning she had gone three full days without a fever.

It was a moment Reed has been praying for because it means she can now start focusing on others, including her husband and twin 16-year-old sons.

Reed said her family has been as cautious as possible. Her husband, Scott, went to get tested on Monday after experiencing mild muscle soreness and fatigue. He was told he would get the results in two or three days. Neither of her sons has shown any symptoms.

“I’m excited that I can actually venture out of my room, my bathroom and see my guys,” said Reed, who had been quarantined in her bedroom away from her family since March 24, when she suspected she had the virus.

According to guidelines issued by the Centers for Disease Control and Prevention, people with COVID-19 can stop isolating themselves after they have been fever-free for 72 hours without using Tylenol or any other fever-reducing medicine.

Reed, 51, who has a family practice with offices in Rosedale, Queens, and Garden City, tested positive on March 26. Since then, family members have been coping the best they can in their Lakeview home.

Reed, her husband, Scott Kershaw, and her sons, Stephen and Marcus Kershaw, agreed to share video, phone interviews and a video diary with Newsday to provide insight into the ordeal a front-line health care professional — and her family — go through when stricken with the coronavirus.

Reed said she was able to get her husband an appointment to get tested at a local urgent care center on Monday. He waited two hours in his car in the parking lot before he could get the test.

“I’m just praying everything will be OK,” Reed said on Monday. “I don’t want him to get sick. If he does, we’re going to have to switch places.”

Reed’s sons have not been tested, but she is particularly worried about her son Marcus, who takes Humira, an immunosuppressant, for Crohn’s disease.

Since she began to present symptoms, Reed has not left her bedroom except to use the bathroom. She has not seen her sons in weeks, except through electronic media.

Scott sleeps in the basement but does enter her bedroom, wearing a mask and other protective gear to deliver her meals and check on her.

The nights had been the toughest for Reed. Her fever tended to spike, and she often felt her worst and became too frightened to really fall asleep, she said.

With Reed sick, Scott, an attorney with his own practice, has been running the show. In addition to taking care of his wife and sons — preparing meals, making sure his sons keep up with their schoolwork — he also has to check in on their elderly parents who live nearby.

As two professionals with a family and demanding jobs, Reed and Kershaw are used to working as a team.

Reed first met her husband at a dinner for a friend, Gwen Hall-Holland, 23 years ago when Reed was in her final year in medical school. He was already a practicing lawyer. She remembered that she liked “his eyebrows and his personality.”

Her friend somehow engineered for Reed to give Kershaw a ride home. Fast forward to today, and the couple is preparing to celebrate their 20th wedding anniversary in August — and fighting a fight no one could have anticipated they would be fighting.

Reed said Tuesday morning that she is not at 100% and feels it will take her awhile before she is. But she is looking forward to getting back and being able to care for others again.

“As I take the focus off of me, my concern is that I didn’t give it to my husband or kids,” she said. “My staff, there are three who are positive besides me … I feel still helpless in this situation, and at the same time my patients needed me and I wasn’t exactly able to be there because of what was going on with the virus.