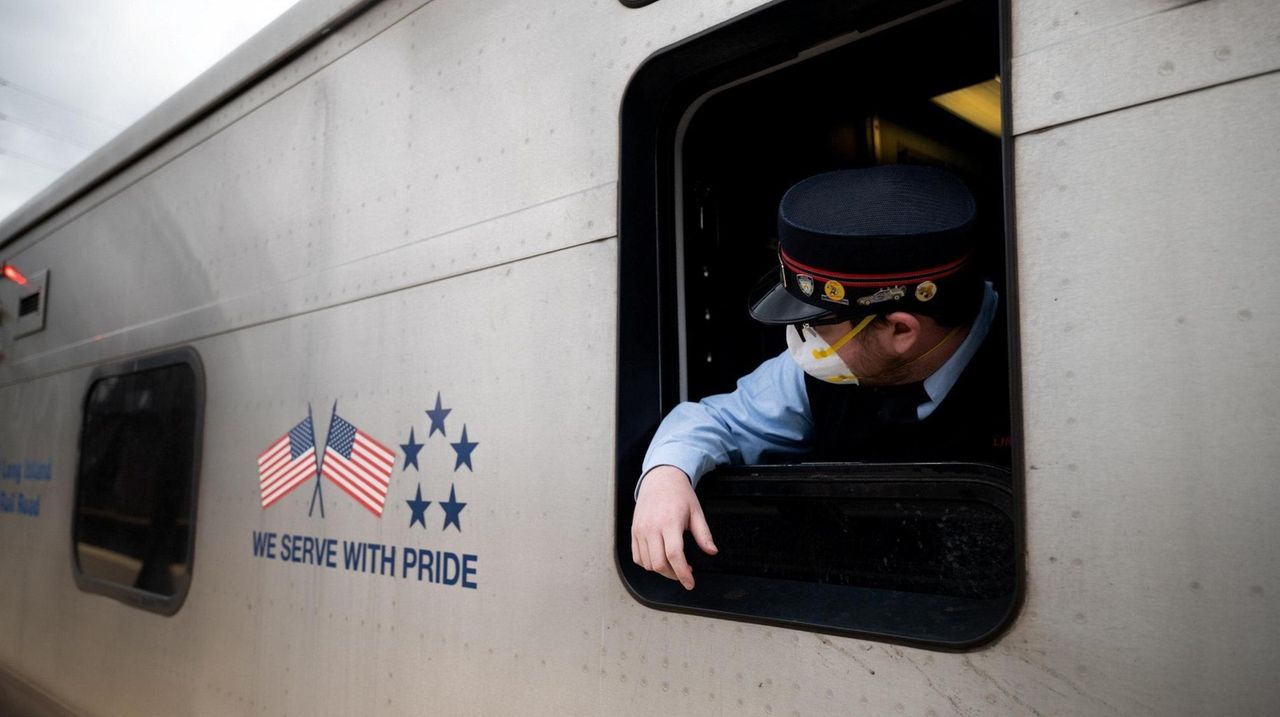 During its meeting Wednesday, the MTA read the names of the 83 employees whose lives have been lost to the coronavirus and approved a $500,000 payout to families of each employee lost. Credit: Newsday / Staff

The Metropolitan Transportation Authority on Wednesday ratified a plan to pay $500,000 to the families of each MTA employee who has died from COVID-19.

The unanimous vote came at a solemn MTA Board meeting, which began with agency leaders reading the names of the 83 employees whose lives have been lost to the virus. Those include 52 New York City subway workers, 30 city bus workers, and one Metro-North Railroad employee.

MTA chairman Patrick Foye said the deceased workers were primarily male, and that many had underlying health conditions. The LIRR remains the only MTA transportation agency that has not lost an employee to the virus.

“As we grieve these heartbreaking losses, we want to make sure that the families of these fallen heroes are cared for,” Foye said. “Simply put, it’s the right thing to do.”

In addition to a payment to the spouse, beneficiary or estate of any worker who died, the MTA’s “COVID-19 Family Benefits Agreement” will provide health insurance for three years to the spouse and dependent children under age 27.

The program, which will cover both union and nonunion workers, will be funded out of the MTA’s operating budget, which already was under considerable strain before the coronavirus pandemic.

New financial figures released at the Wednesday meeting, which most board members attended remotely, hinted at the scope of the financial devastation at the MTA, which has lost about 95% of its riders, including at the LIRR.

MTA Chief Financial Officer Robert Foran noted that in March alone — before the agency’s steepest ridership drops were realized — fare and toll revenue fell by $249 million as compared with the same month in 2019. The loss wiped away an 11% year-to-date increase in fare and toll revenues that the MTA was reporting through February. Foye said other revenues on which the MTA relies, including certain state taxes, are also in “free fall.”

“We’re in a financial crisis of unprecedented magnitude,” Foran said.

Although the MTA’s reduced service plan has achieved some savings in fuel and electricity costs, other costs are likely to increase, including those related to the agency’s enhanced disinfecting efforts on buses, trains and stations.

MTA officials said they’ve taken short-term measures to keep the authority afloat, including receiving authorization from the state to tap into a capital funding “lock box” to cover some operating costs, and to issue up to $10 billion in new bonds.

To survive the crisis, Foye said the MTA is counting on increased aid from the federal government, which already has committed $3.9 billion in COVID-19 rescue funds to the agency. The MTA is seeking another $3.9 billion.

“There is no time to wait. The present and future of the MTA are in serious jeopardy,” Foye said. “These are extraordinary times that call for extraordinary measures.”

The authority also is asking the federal government to come up with its own program to provide “hazard pay” for front-line MTA employees who have worked through the pandemic.

Foye also defended the MTA against criticism that it did not do enough in the early stages of the outbreak to protect transit workers from the virus, including by providing facemasks. He noted that the authority initially followed the advice of the World Health Organization and the Centers for Disease Control and Prevention, which discouraged the use of facemasks. The MTA since has provided more than 1 million masks to its employees.

“I do regret that they gave that advice to the entire country,” Foye said of the public health agencies.