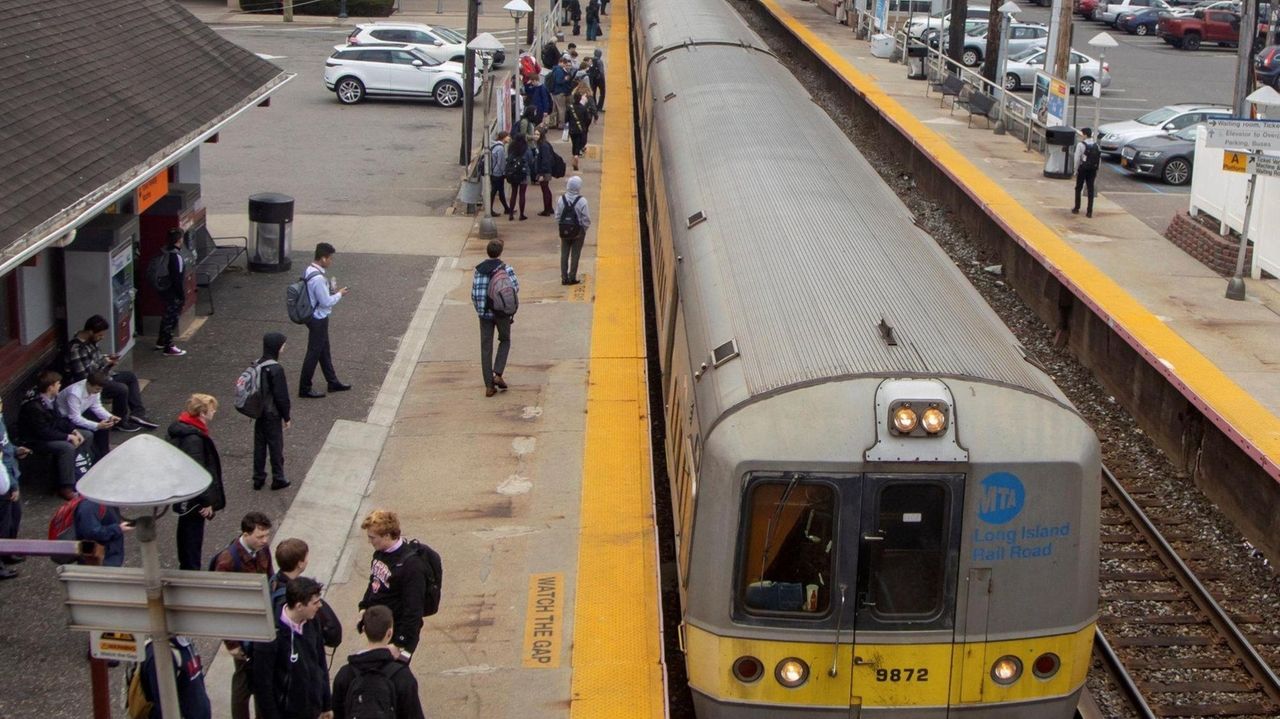 The devastating financial toll of the coronavirus on public transportation — including a 90% drop in Long Island Rail Road riders — could cost the already struggling MTA as much as $6.5 billion over a year, officials said Wednesday.

The figures were discussed Wednesday at the regular monthly meeting of the Metropolitan Transportation Authority board. For the first time, the meeting was held “virtually,” with most board members attending by teleconference and public speakers delivering their comments remotely by video.

Although chairman Patrick Foye began the meeting with the news that a federal coronavirus bailout package would include $4 billion in aid for the MTA — the full amount it was seeking — he also signaled that the financial hole caused by the COVID-19 outbreak could be far bigger than originally thought and is deepening by the day.

"We're only at the starting point of this crisis,” Foye said at the meeting. “We will need substantially more than that to survive."

With ridership plummeting across all its agencies, including the LIRR, MTA officials said they were losing $125 million a day. That number could grow to $6.5 billion over a year if riders don’t return to the system within six months.

Without the $4 billion infusion in federal funds, MTA Chief Financial Officer Robert Foran said it would be a struggle just to meet the authority’s regular financial commitments, including payroll. The MTA’s weekly operating expenses total about $300 million, Foran said.

Adding to those costs are enhanced sanitizing efforts at the MTA, which is disinfecting its entire fleet every three days and all its stations twice a day. The authority has also created a “quick reaction team” to disinfect facilities where more than one employee has shown virus symptoms.

The number of employees that have tested positive for the coronavirus has climbed to 52, and “some are extremely ill,” according to New York City Transit Interim President Sarah Feinberg.

MTA officials said they are taking a number of short-term measures to address their immediate financial needs, including by drawing down $1 billion on a line of credit and by putting on hold a plan to cut as many as 2,700 jobs as part of a reorganization effort approved last summer.

"We have no plans to lay off any employees because of this pandemic,” Foye said. “Frankly, we need everyone's help to keep this system moving."

"And the system, including on Long Island is suffering serious rider drop-off due to the crisis, which is why it was so critical to deliver the full $4 billion request made by the state in this bipartisan, emergency deal," Schumer said.

Although the MTA has vowed to continue operating throughout the pandemic, officials announced on Tuesday that they would be shifting to a reduced “essential service” plan, which includes cutting LIRR service by about 35%.

LIRR President Phillip Eng said at the meeting that the railroad will closely monitor ridership levels once the reduced schedule goes into effect Friday, and will have pre-positioned trains ready to be put into service “on the fly” as necessary.

The outbreak has also taken a toll on the MTA’s various infrastructure projects, according to Chief Development Officer Janno Lieber, who noted that six projects have been shut down because of positive coronavirus tests among workers.

MTA officials said the LIRR's two largest projects, the East Side Access link to Grand Central Terminal and the Third Track through Nassau County, are going forward. But Lieber said new precautions are being taken, including by making sure that construction workers don’t share tools.