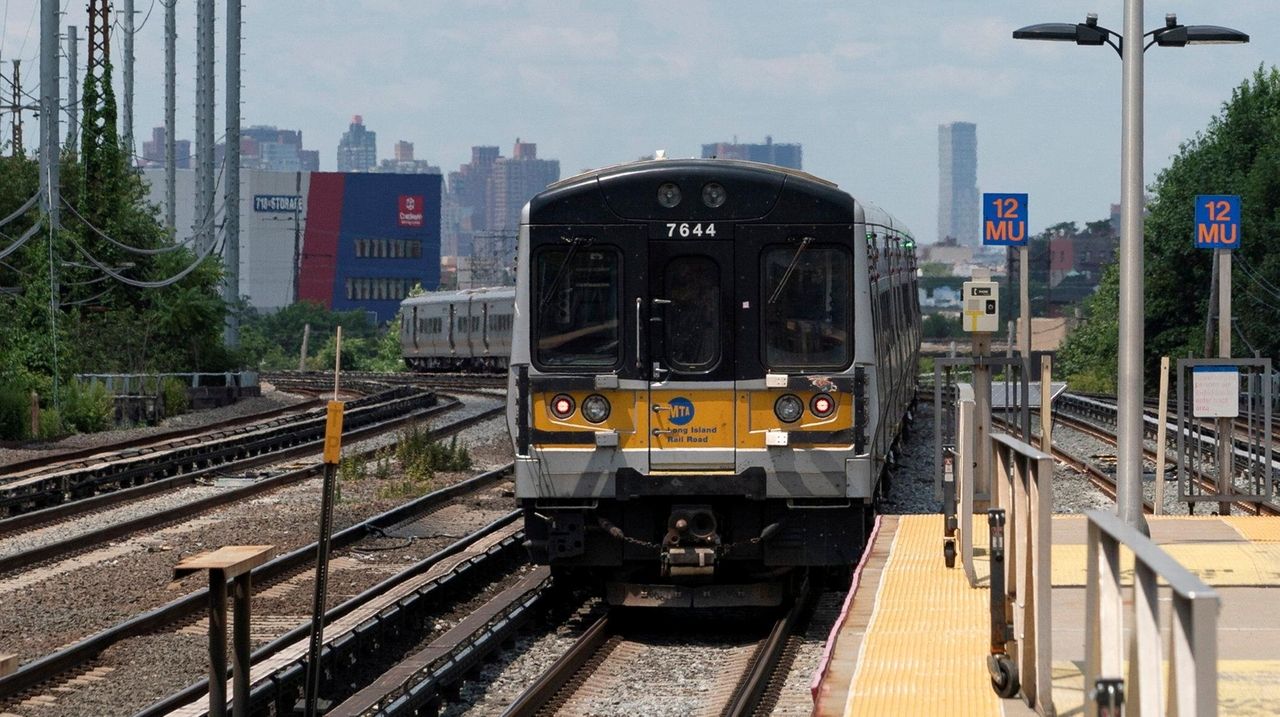 The MTA’s 68,000 workers will have to get vaccinated against COVID-19, or undergo weekly testing, according to Gov. Andrew M. Cuomo, who signaled the mandate could be expanded to other public workers, including teachers, as the delta variant continues to spread.

Cuomo made the announcement at a press briefing Monday, noting the number of COVID-19 cases have doubled in the state over the last month, and that the number of coronavirus hospitalizations have quadrupled. The mandate would be effective on Labor Day.

With more than 75.5% of adults in the state having received at least one shot, New York’s vaccination rate stands among the highest in the country. But Cuomo noted that 3.5 million New Yorkers are still not vaccinated, despite increased availability and incentives.

With the highly contagious delta variant on the rise, Cuomo last week announced that all state workers would have to be vaccinated beginning Sept. 6, or tested weekly for the coronavirus.

On Monday, he announced the mandate also would apply to Metropolitan Transportation Authority workers — including Long Island Rail Road train crews — and Port Authority employees working in New York. That includes those at JFK and LaGuardia airports.

During his announcement, Cuomo was flanked by the heads of the MTA and Port Authority, whom he praised for making "the right decision, which is also a hard political decision."

"They’re going to go back to their offices today. Their phones are going to be ringing. They’re going to have a lot of people say, ‘I don’t want to take the vaccine, and it’s a pain in the neck to get tested every week,' " Cuomo said.

Janno Lieber, who was installed as the new chief executive officer of the MTA last week, noted that nearly 70% of the authority’s employees already have been vaccinated. The authority was hit particularly hard by the pandemic, losing 168 employees to the virus.

"At the MTA, we have no higher priority that the health and safety of our workforce," said Lieber, adding that the new mandate aims to "make sure that our employees are as protected as possible against the delta variant as the city and the region’s recovery picks up speed."

John Samuelsen, international president of the Transport Workers Union, which represents about 40,000 MTA workers, questioned the authority’s intentions in enacting the plan, and its ability to pull it off.

He noted that the vaccines and tests would have to be carried out on company time, meaning that thousands of workers would be away from their posts for hours at a time each week, and would have to be "backfilled" on overtime.

"This becomes now an extremely difficult logistical undertaking. And they have to do it every single week. Honestly, I don’t think they have the organizational capacity to do it," said Samuelsen, who believes a small percentage of the MTA’s workforce will not get the vaccine because of "medical reasons or religious reasons, or other."

Anthony Simon, who heads the International Association of Sheet Metal, Air, Rail and Transportation Workers — the LIRR’s largest union — said his organization has been in talks with MTA management about "doubling our efforts to incentivize vaccines" for workers.

Simon said the union will continue talking with agency leaders about "vaccines and testing options to help achieve the ultimate goal of the safest system possible."

As COVID-19 figures continue trending for the worse, Cuomo said "everything should be on the table," including extending the mandate to teachers, nursing home workers, and all hospital workers.

More LI colleges, universities moving toward mandatory COVID-19 shotsAs infections rise with the spread of the delta variant, the local schools are now among the more than 600 nationwide that will require most students to get vaccinated or stay home. Fauci: 'Things are going to get worse' with COVID-19Dr. Anthony Fauci stopped short of saying sweeping shutdowns will once again be needed to battle the disease, while the NIH's director expressed hope that news of the delta variant's high transmissibility would spur more vaccinations. LI restaurants, theaters push back on state's vaccine suggestionGov. Cuomo's push to have restaurants, bars and theaters serve only vaccinated people is receiving strong pushback, with some owners saying such a move could turn off patrons and transform their workers into public-health enforcers. NY hospitalization more than doubled in past 16 daysLong Island's positivity rate has increased 700% in the past month, as the highly contagious delta variant of the coronavirus continues to spread, state data released Saturday shows.