“Everyone has a right to enjoy a safe summer with fresh air and relief from the heat, which is why the mayor’s refusal to implement social distancing guidelines and enforcement to keep NYC beaches open, like every other municipality in the tristate area, is both irresponsible and short sighted,” said Nassau communications director Christine Geed.

“We are one region, but the mayor is effectively skirting his responsibility to safeguard public health by creating an alternate reality where people will not travel over Memorial Day weekend,” Geed added.

De Blasio reiterated on Sunday that he would not allow the city’s beaches to open as the city has not yet shown enough progress at reducing the threat of coronavirus spread. 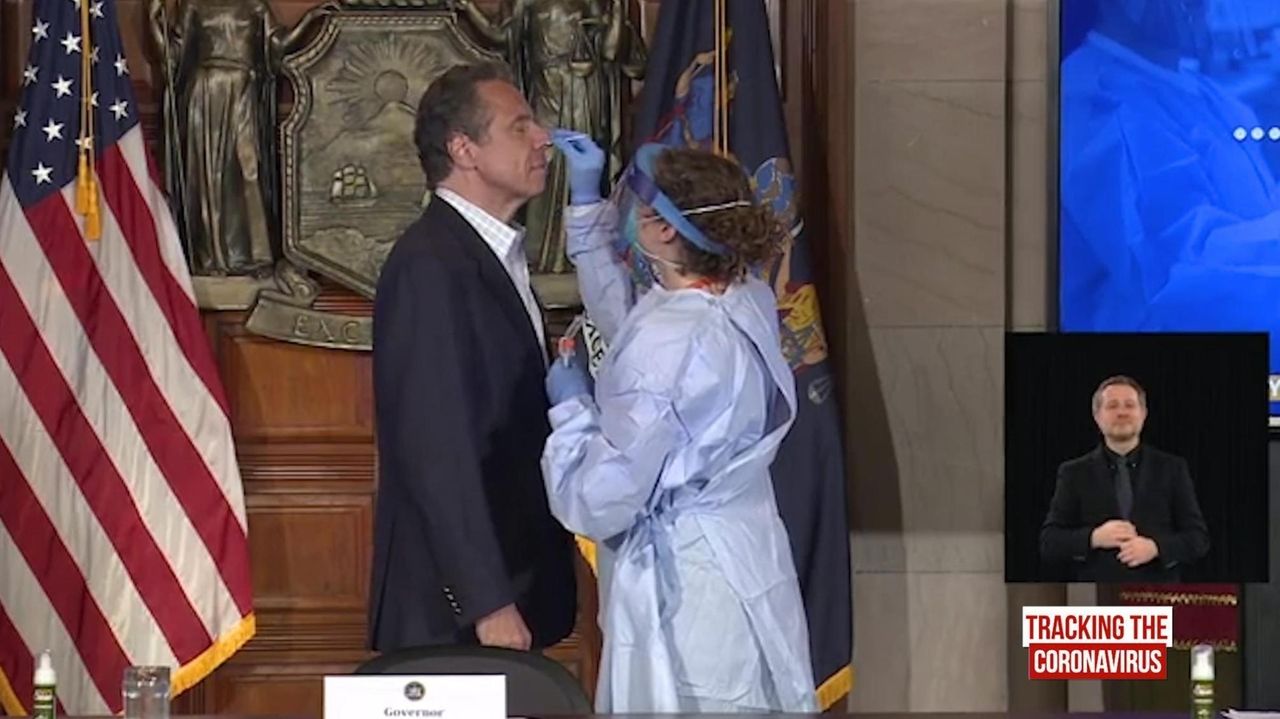 “It does concern me,” said Southampton Town Supervisor Jay Schneiderman, who added that only three town beaches will be open and only to residents or renters, with the town not issuing day passes to nonresidents. “We’re doing our best to try to provide some safe recreation for our residents, but we’re concerned about being overwhelmed.”

“I think it is bad for everyone,” Kaminsky said. “We all have to be on the same page this upcoming weekend. If we hit hot weather, if we hit beach weather I can tell you the officials out where I am, at every level of government, are preparing for a very chaotic scene because city beaches won’t be open.”

The disparity of decisions in the same downstate region rages on as officials attempt to balance the public’s health with access to recreational activities amid the pandemic that has killed thousands of New Yorkers.

However, de Blasio said, people may come to the beaches as long as they practice social distancing. There will be no lifeguards and no one is allowed in the water. No gatherings or parties are permitted.

“So, that decision I did not make lightly," de Blasio said. "We fought long and hard about it, but, continuing to watch our indicators which don’t have us where we need to be yet, we are going to be very smart and careful about this.

"So, what’s going to happen is, we are going to take it a week and day at a time to figure out where we’re going," he added. "I’ve never ruled out the possibility of beaches being open later in the summer — but we’re not ready yet.”

On Friday, Gov. Andrew Cuomo said the decision is up to local officials.

"If they choose to open, they must adopt the state's requirements at a minimum and the chief executive can decide to do that," he said. " … If a locality doesn't open beaches, we need to know that because then we'll have more demand on state beaches in that area. If they do open beaches, we need to know that also just to understand the flow, the traffic, and where we have to staff up. Again, the state beaches will be open the Friday before Memorial Day.“

Suffolk County Executive Steve Bellone said opening beaches for Memorial Day is “the right thing to do” because people would flock to them regardless.

“What we do know is kids are home from school, the weather is getting warmer and warmer, and people are going to beaches,” he said. “It is far better for us to have beaches reopen with safety protocols in place from the beginning in a controlled way so we can manage that.”