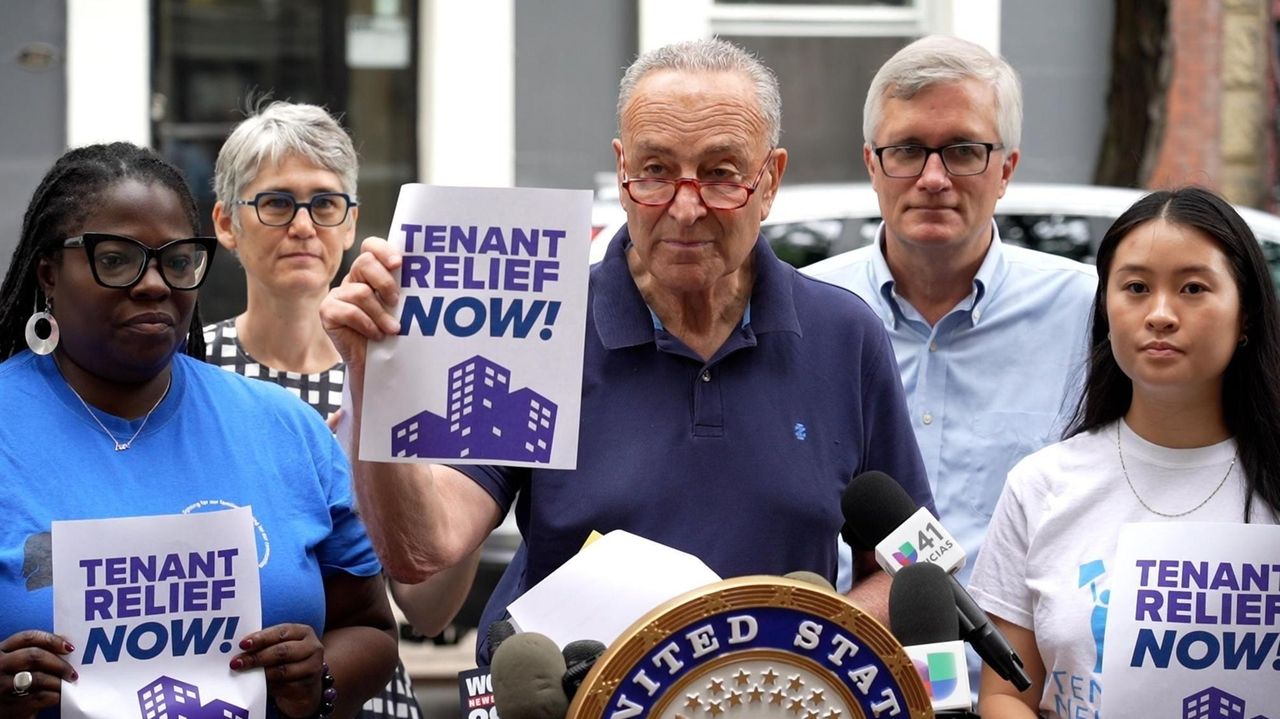 New York's share of the $46 billion federal rental assistance program must be disbursed by the end of September, Senate Majority Leader Chuck Schumer (D-N.Y.) warned in a news conference on Sunday.

The total funding includes $25 billion from the Consolidated Appropriations Act Congress passed in December, and another $21 billion from the American Rescue Plan Act. New York's share is $2.3 billion.

The funding is from the government's two most recent federal COVID-19 relief bills which allocated billions to help tenants and landlords who suffered economic losses during the coronavirus pandemic.

"The bad news is New York State has not gotten that money out to the tenants, and by Sept. 30 it could be risked being clawed back by the federal government," Schumer said of the Treasury Department's deadline during the news conference.

Schumer added: "We want tenant relief now, and we cannot wait any longer. Tenants need help, the moratorium is about to expire ... and, they could be kicked out of their homes with huge debt."

The letter from Schumer's office noted that New York, according to a U.S. Treasury Department report tracking spending through June 30, was the "only state that has not distributed any funds to households."

He said the state had provided "some relief funds, but this was a minuscule amount and not nearly the level or pace to address the profound need the program was established to ameliorate."

Households eligible for assistance can receive up to 12 months, plus an additional three months, of rental income, according to U.S. Treasury Department guidance.

Anthony Farmer, spokesman for the state Office of Temporary and Disability Assistance, said after test payments were made in July, which account for $117,000, the state is now "ready to safely and efficiently deliver billions of dollars in rental assistance to New Yorkers after opening the program to applications within weeks of enactment in April."

"OTDA recognizes the need to help New Yorkers as quickly as possible and is working with the vendor to disburse payments more efficiently, including streamlining the initial review, consolidating certain processing steps, developing an expedited payment process, and identifying additional resources, including staff with accounting backgrounds to more quickly review financial information," Farmer said in a statement.

The state has received roughly 160,000 applications, according to the agency.

In May, Cuomo defended the state's handling of rent relief. "These are massive, complicated programs," he said. "You have to write regulations. You have to make sure there’s no fraud. You have to send out the application."

Schumer said the money should go to New Yorkers before the moratorium on evictions is lifted on Aug. 31.

He said of New York: "As of last week they're the only state of the 50 that has not sent any money to the tenants. Now they've sent a little trickle, but that is not enough to prevent the clawback to prevent the people who need the money."