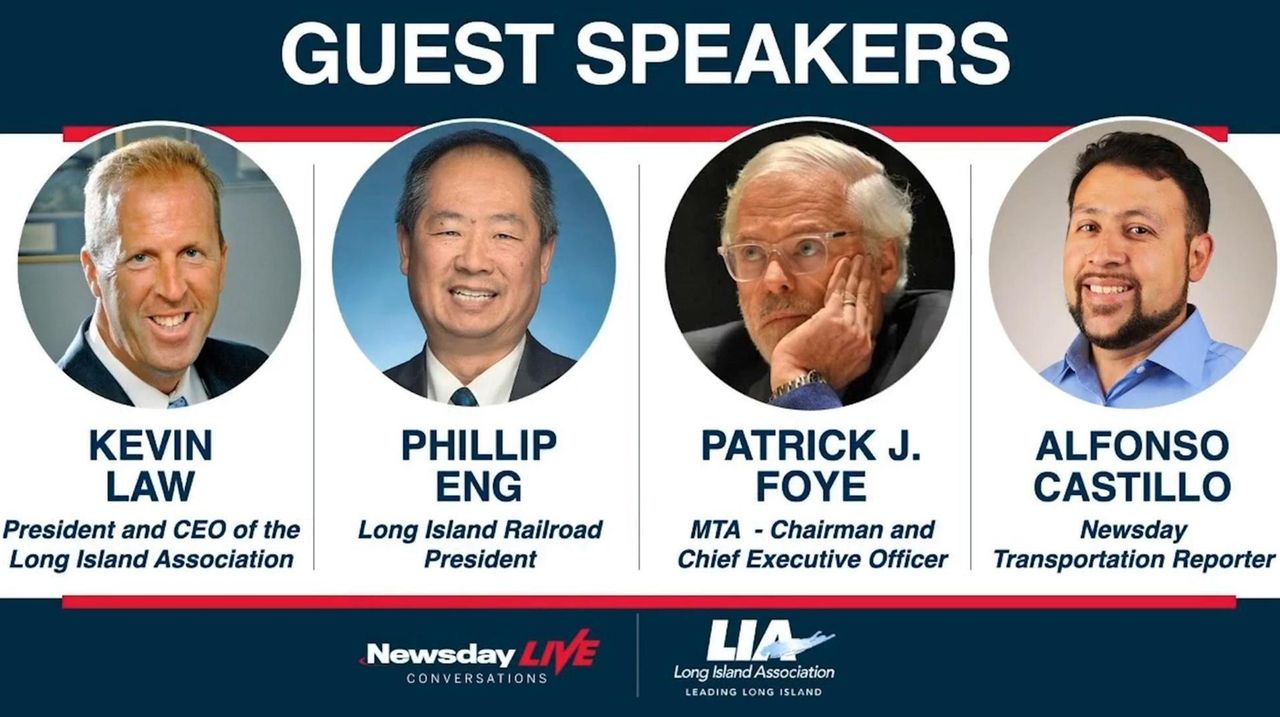 During a Newsday-sponsored webinar, MTA president and chief executive Patrick Foye said a "multidimensional" approach is needed to safely and effectively bring back LIRR's riders once the state's stay-at-home order is lifted. Credit: Newsday / Newsday

The MTA is considering limiting capacity on Long Island Rail Road trains, implementing a reservation system and using technology to take passengers' temperatures to help restore confidence in the nation's largest commuter rail system, which has seen its ridership plummet during the pandemic, officials said Tuesday.

During a Newsday-sponsored webinar, MTA chairman and chief executive Patrick Foye said a "multidimensional" approach was needed to safely and effectively bring back the LIRR's riders once the state's stay-at-home order ended.

Since early March, when the New York Pause went into effect, ridership on the LIRR has fallen from 93% to 97%, although the agency expects about 60% of its customers to return by year's end.

“Our first priority is protecting the health and safety of our customers and our employees,” Foye said.

Among the options on the table is setting a yet-undetermined limit on the number of passengers who can enter a railroad car and creating an automated transit reservation system.

The MTA also is talking to industry leaders about testing mass thermal imaging equipment that could take the temperature of every passenger before boarding an LIRR train. All MTA employees already have their temperature taken before starting their shifts, officials said.

Some changes are already in place and will remain mandatory for now.

The LIRR is cashless to reduce contact between conductors and passengers. And all LIRR customers and employees will be required to continue wearing masks, Foye said. Reluctant passengers will be encouraged to comply with the rule through “good old-fashioned Long Island peer pressure and persuasion,” he said.

All LIRR stations will go from daily cleaning and disinfecting to twice a day, while all train cars will be thoroughly cleaned once a day.

Other proposed changes, including prohibiting passengers from using an LIRR train's middle seat, are not yet under consideration, Eng said. But he suspects many riders will voluntarily choose not to sit in the middle seat.

The MTA also will begin staggering the hours and days for many of its nonoperational employees to reduce capacity on the trains and to set a tone for other employers, Foye said.

Many major businesses, he said, are considering similar staggered schedules that would allow for more telecommuting or reverse commuting during off-peak times.

“It does not always have to be the way it was before and a lot of businesses … are considering that model,” Eng said.

Foye ruled out a fare increase to make up for the MTA's revenue lost to date because of the pandemic, which independent analysts have calculated at $7.8 billion.

The first federal stimulus bill provided the MTA with $3.9 billion while a measure approved by the Democratic-controlled House of Representatives last week would provide another $3.9 billion to offset declining revenue from passengers and state and local subsidies.

“This funding is desperately needed to get us through 2020,” Foye said.

The MTA also announced Tuesday plans to begin using ultraviolet light to disinfect its fleet of buses and trains, including the LIRR.

At a Queens news conference, Foye said the MTA partnered with David Brenner, director for radiological research at Columbia University, to begin rolling out UV disinfecting technology, which had proved effective in killing the COVID-19 virus on surfaces in laboratory settings.

The MTA spent about $1 million to buy 230 UV lamps. They're part of a larger disinfecting effort that Foye said would cost "hundreds of millions of dollars" above what it budgeted in its 2020 financial plan.

In a demonstration on an empty, dark subway car, the box-shaped devices were mounted on poles and the interior was bathed in bright, UV light in several short flashes.

“We believe that this is a big deal for the MTA, for our customers and employees, and for the future of our system,” said Foye, who emphasized that the technology was not meant as a “cure all.”

“There is still much work to be done,” Foye said. “But this is a significant and promising new development.”