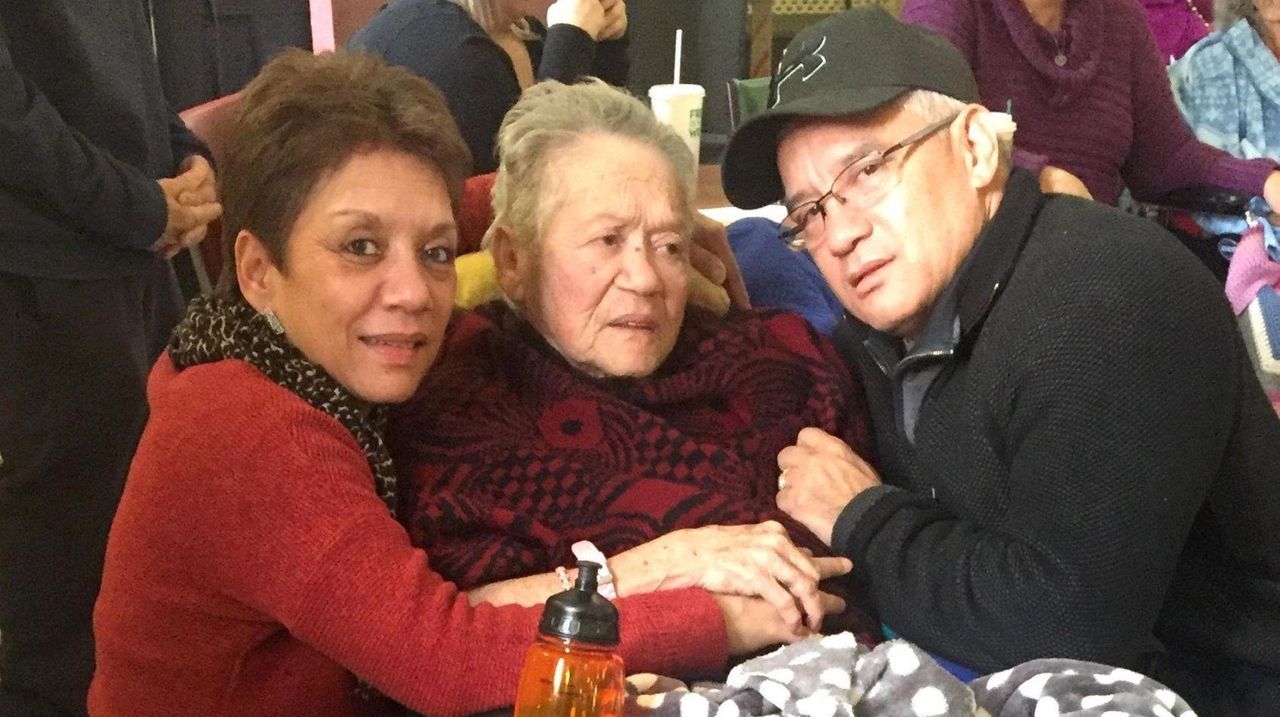 Relatives say nursing homes and other adult facilities  provided incorrect or no information as their loved ones became ill. Credit: Newsday

This story was reported by Jim Baumbach, David M. Schwartz and Robert Brodsky. It was written by Brodsky.

“What about my mom?” asks Debra Garofolo.

Her 88-year-old mother, Julie Toves, died on April 12 at Cold Spring Hills Center for Nursing and Rehabilitation. The death certification lists coronary artery disease, but Garofolo has no doubt Toves succumbed to the coronavirus.

Garofolo, of Locust Valley, said her mother is among a growing number of nursing home residents statewide whose deaths are not being attributed to COVID-19 — either due to a refusal to conduct testing or insufficient state reporting standards that allow elder care facilities to largely escape public accountability.

“Where were the extra supplies? The extra staff? They left them there like they didn't matter,” Garofolo said. “The hospitals got help. They got triage centers built; extra capacity of beds and ventilators. But what about my mom? What about my mom? Because she’s old and she’s infirmed she doesn’t count?”

In one of her final conversations before she died on Easter Sunday, Beverly Steffek, 86, whispered “help me” to loved ones who had been told repeatedly by the management of Fulton Commons Care Center, a 280-bed nursing home, that they had not found a confirmed COVID-19 case in the building.

“They kept telling us there were no COVID in the place because we have no tests,” she said. “They would tell us if they have symptoms we are treating them accordingly."

Across New York, nursing homes and other adult facilities have reported more than 3,500 COVID-19 fatalities, roughly one of every four coronavirus deaths in the state.

They point to a March 21 state Health Department advisory that largely halted coronavirus testing at all nursing facilities, depriving family members of true causes of deaths and enabling nursing homes to avoid disclosing the extent of the disease on their premises. With the end of testing, homes gained the ability to tell families that they had found no confirmed cases.

Families also criticize the state for mandating in late March that the facilities must admit COVID-positive patients released from hospitals in desperate need of bed space without helping the nursing homes meet their added responsibilities.

Regarding the criticism of nursing homes, a state health official said they are constantly investigating complaints at nursing homes and inspections are unannounced.

A health care employee at Fulton Commons who spoke to Newsday under the condition of anonymity said the East Meadow nursing home dropped from roughly 270 residents before the pandemic to 203 on April 20, including at least 60 deaths.

“I don’t understand the stigma or taboo they have about COVID,” said the employee, who alleged staffers were told not to admit to coronavirus cases or risk termination.

Dr. Olaf Butchma, an internist at Fulton Commons, declined to discuss specific cases but said the facility is in compliance with Health Department regulations.

“All the nursing facilities in New York are required to report to the Department of Health suspected cases and proven cases and any deaths that are related,” Butchma said. “And they pretty much go to great lengths to be as accurate as possible.”

Family members of Fulton Commons residents have formed a Facebook group to track COVID deaths at the nursing home.

Guyear’s symptoms went from a dry cough and low-grade fever to vomiting and diarrhea,  and she eventually contracted double pneumonia. Guyear was transferred to St. Francis Hospital in Roslyn, where she later tested positive for COVID-19. Guyear is now residing at a nursing home in Suffolk.

“My mom is still suffering at this very moment. She is struggling to breathe,” said Martin, of East Meadow. “My family and I went today and waved, blew her kisses and taped signs to her window from the outside just to say you are not in this alone.”

‘Not a reason to panic’

In an email, The Grand Rehabilitation and Nursing at South Point informed Theresa Sari about the first confirmed case of coronavirus inside her mother’s facility. The message said in bold: “This is not a reason to panic.”

The next day a nurse practitioner called Sari with word that her mom, Maria Sachse, 60, who suffered from dementia, was coughing, refusing to eat and would receive a chest X-ray. Sari said the home did not return calls over the next three days but then reported that Sachse was being rushed to the hospital in respiratory distress. She died April 13.

Sari, who lives in Carteret, New Jersey, said the staff then refused to provide information because her mother “is not a resident” anymore.

“I want to stand there in front of the nursing home like a crazy woman and get the word that they have COVID,” she said. “Nobody is acknowledging it.”

Jay Lawrence, a spokesman for the Grand, declined to say how many COVID deaths have occurred at the facility but said it has experienced "a plateau" in the spread of the virus. Lawrence declined to discuss Sari's mother’s case, citing health privacy laws.

Michelle Pearson of Bay Shore thought little of it when she was told that her 97-year-old aunt, Louvenia Harris, a resident of Mayfair Care Center in Hempstead, refused to speak over the phone on April 8.

The next day the nursing home called to report that paramedics were called because Harris was experiencing respiratory problems.

“I called back less than 10 minutes later and they said she had passed,” Pearson said.

Pearson's husband, Roderick, said "there was no prior notice about respiratory problems" with Harris, who was not tested for the virus.

This week, the family learned the cause of death would be listed as cardiac arrest.

Cathie Kunar of Smithtown said her father, Jack McCone, 88, was admitted to St. James Nursing and Rehabilitation to help strengthen his legs after a fall.

Only days before they were ready to take him home, McCone developed a fever and a urinary tract infection. Kunar said she asked St. James to conduct a COVID-19 test but her efforts went nowhere.

By the time he was transferred to Stony Brook Hospital — where he later tested positive — McCone had a 103-degree fever and was largely unresponsive. He has since been transferred to hospice care.

"They are just going to give him morphine to keep him comfortable until he passes,” she said.

Donna Bower of Lake Ronkonkoma says she too has struggled to obtain information from St. James about her father-in-law, Bob Bower, 79, and reported COVID-19 cases inside the nursing home.

While Bower tested negative for the virus, his roommate tested positive and is seriously ill, she said.

“I believe St. James is not telling us everything that is going on,” Donna Bower said.

St. James did not respond to requests for comment.

Maria Porteus recalls the conversation when the nurse at Luxor Nursing and Rehabilitation at Mills Pond in St. James called to say her father, Carlos Gallegos, 82, had a fever.

“She said: ‘We’re very overwhelmed here. The state mandated us to bring in patients here,’” said Porteus, of St. James. “She was very, very upset as well. ‘Do you think we wanted this? We didn’t want this either.’”

Gallegos, who had dementia, quickly deteriorated. His daughter last saw him on  April 9, hours before he died.

“You could hear the gurgling. Hear how bad he was trying to breathe, and couldn’t,” she remembered.

She was outside his window, praying, when her father died.

The nursing home, which has reported 22 COVID-19 deaths to the state, has yet to sign off on the death certificate.

“I would’ve wanted the option of pulling him out,” she said. “How was he not protected? He could’ve quarantined with us.”

Mills Pond, in a statement, said the facility created a separate COVID-19 unit to treat patients coming from the hospital. Employees in the unit were limited to working only there, had a dedicated housekeeper to clean the facility and food there was served on disposable trays with disposable cutlery to avoid contaminating the kitchen.