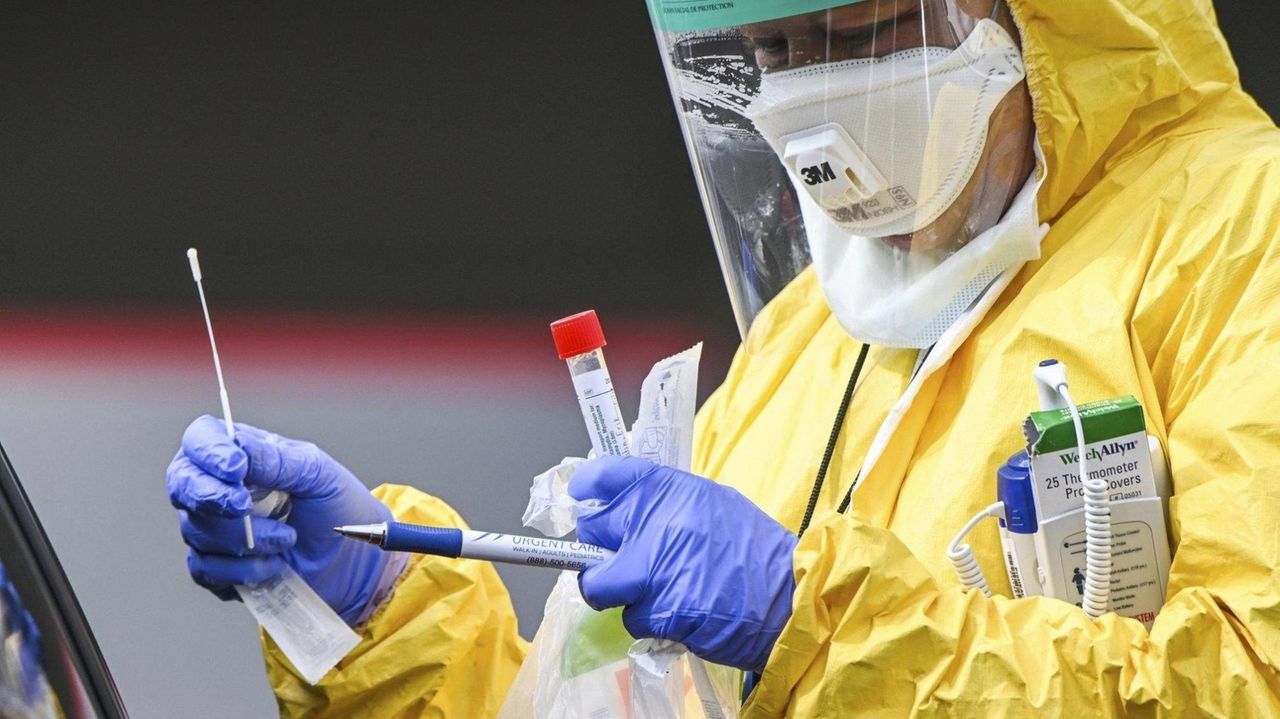 Operators of nursing homes and assisted living facilities said it would be "basically impossible" to meet a new state mandate to test all employees twice a week for COVID-19 amid short supplies and rising prices as Gov. Andrew M. Cuomo looks to toughen rules to protect residents.

The tests now cost $100-$250 or more, and facilities face logistical hurdles to meet the mandate, the operators said. Long-term care facilities had to submit plans to the state on Wednesday and then will have seven days to begin testing.

“Nobody’s opposed to it, but logistically, how the devil are we going to do it?” said Ken Gaul, owner of the Woodhaven Center of Care, a nursing home and assisted living center in Port Jefferson Station.

Gaul said the new testing requirement is “basically impossible” to implement. The tests, and the people qualified to administer them, are not readily available, Gaul said.

New York now has more than 5,500 confirmed or suspected deaths from COVID-19 at nursing homes and assisted living facilities in New York, which make up more than a quarter of the total deaths in the state. That figure does not include nursing home residents who died at hospitals.

There have been 1,262 presumed or confirmed deaths at Long Island nursing homes.

Cuomo defended the measure on Wednesday.

"Yes, it’s onerous, and I understand it’s a pain, but we have to do everything we could do. Testing twice a week I know we can do — and I will help them get the test if they can’t get them.”

Cuomo announced the new policy on Sunday as families and experts criticized the state for not doing enough to protect nursing home residents.

"There are insufficient tests available to meet this requirement at the present time, and there is insufficient lab capacity to process these tests," he said.

There are 160,000 nursing home employees and 45,000 assisted living employees in New York State, he said. Testing each employee twice a week would require 410,000 tests weekly.

Neil Heyman, president of the Southern New York Association, a trade group that represents downstate nursing homes, said the order had alarmed nursing home owners because it was given on short notice and with a short time frame to comply.

“They’re upset and a little bit frantic about it,” he said.

Heyman said nursing home owners were trying to comply, but that it was difficult because of the availability of tests and the cost.

“We agree that it’s a good idea, but it isn’t something that happens easily or without significant cost.”

Neither the nursing home owners nor workers can afford that, he said. “The burden really should be on the government.”

Nursing home owners who fail to comply with the order could be fined $2,000 a day for each day there are violations of the order. Those who continue to violate the order could lose their license.

“It is reprehensible for nursing homes, which have been the site of so much suffering and tragedy during the pandemic, to turn around and say that they should not be held accountable if they fail to follow important measures to reduce the spread of COVID-19 in their facilities,” he said in an email. “Nursing homes have been treated with kid gloves for far too long, and residents have suffered as a result.”

Stuart Almer, chief executive at Gurwin Jewish Nursing and Rehabilitation in Commack said, "the industry is scrambling to put plans together."

"We support testing. We value testing," he said. "But as long as a testing plan is laid out appropriately, to do it efficiently, as well as can be afforded."

"Facilities that do not yet have tests should be scheduling appointments for employees at any of the dozens of locations offering COVID-19 testing in Nassau County, including the drive-thru testing area at Jones Beach, or the County’s four outdoor testing sites," he said in a statement.