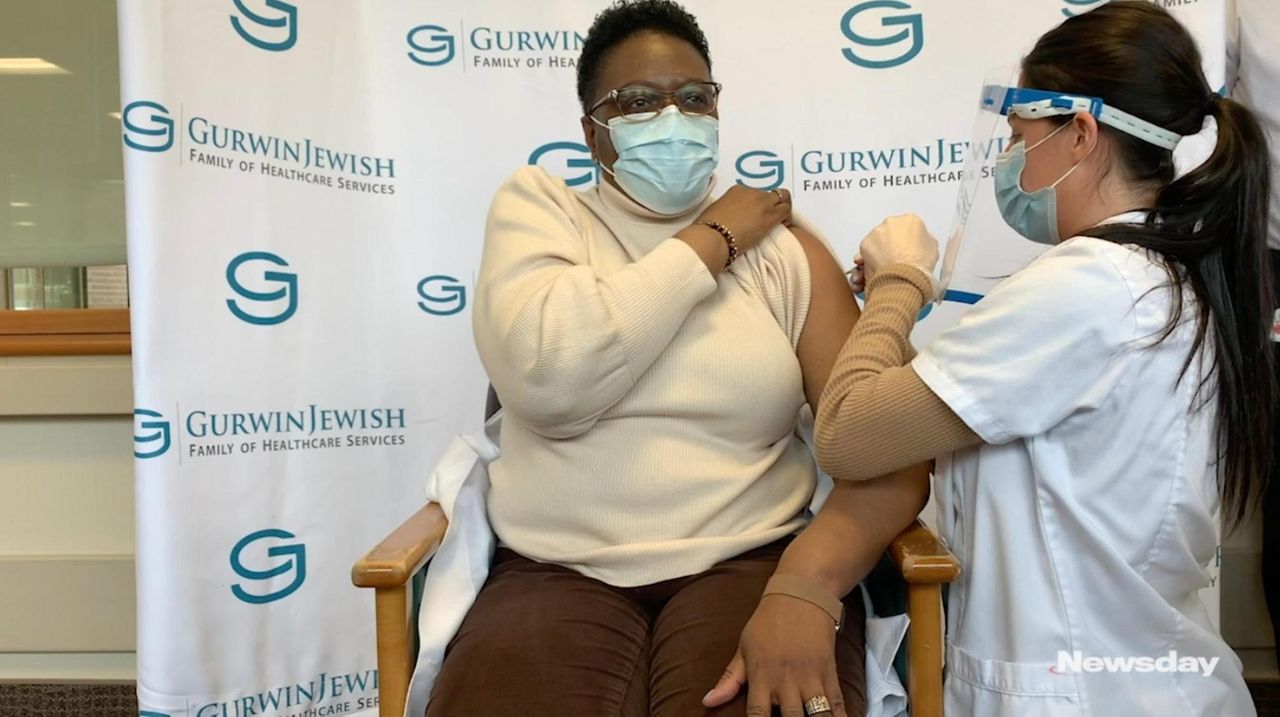 Long Island nursing homes on Monday began vaccinations of residents and staff, under a federal program being administered by pharmacy chains.

Commack-based Gurwin Jewish Nursing & Rehabilitation Center, with help from Walgreens, began giving the Pfizer-BioNTech vaccine to 125 of its employees Monday, as well as to some of its 375 residents.

"This is definitely a big step in the right direction," said Stuart B. Almer, CEO of Gurwin Healthcare System, which operates the nursing home. "I had my vaccine this morning. I'm feeling fine. The vaccine was not unlike any other vaccine I've received."

Almer said his father, Irwin, a resident at Gurwin, also is getting vaccinated.

"As soon as he heard about it, he volunteered on his own to take it," Almer said. "I'm thankful he elected to take it."

Lynette Rutherford, a registered nurse and chief nursing officer at Gurwin, also was vaccinated. She said it was an important milestone in the battle again COVID-19 and that she hopes the vaccine "makes a difference for everyone."

Parker Jewish Institute for Health Care and Rehabilitation in New Hyde Park said it, too, started vaccinating staff and residents Monday, and that Walgreens will be at the location through Wednesday.

"It's like this is the beginning of seeing the light at the end of the tunnel," said Michael N. Rosenblut, president and CEO at Parker. "We have several hundred residents signed up, and several hundred staffers have also done so."

He said about 200 staffers will get the first of the vaccine’s two doses Tuesday. The rest will have the option to get it 21 days later, when Walgreens returns to give the first group its second dose. The Pfizer-BioNTech vaccine is taken in two doses, three weeks apart.

"I’ll be online for the vaccine on Tuesday," Siskind said. "I’m comfortable with it."

Some staffers aren’t ready to be vaccinated, Siskind added. "We can’t mandate that everyone take it," he said, "but we are seeing a high acceptance rate among our residents."

At A. Holly Patterson Extended Care in Uniondale, 19 staffers had received the vaccination, director Anthony Aiello said Monday afternoon. The facility next will vaccinate residents who request it.

Debbie Grosser, a resident at Gurwin, said she took the vaccine because "I want this virus to be gone." She added that "I have loved ones and friends who want to see me, and I want to go to church again."

But not all of the residents at Gurwin have agreed to be vaccinated. Dolores Zanchelli of Deer Park said her mother, Gina Compierchio, won’t immediately take the vaccine.

"It all feels a little rushed, and she would like to see what happens before she takes it," Zanchelli said. "She had a bad reaction to the flu shot about a month ago, and we’ve read about some of the side effects, so my mother is waiting."

Zanchelli added, however, she was concerned that if there wasn’t 100% compliance at the nursing home, it could be used to delay allowing family back in to see loved ones.

Cuomo in September mandated that nursing homes must go 14 days without a patient or staff member testing positive for COVID-19 in order to allow visitors. Nursing home employees are tested weekly, which means one positive test at a facility resets the clock.

"Will we have to wait for herd immunity?" Zanchelli said. "It’s really frustrating."

Almer said that as of Monday morning, about one-third of staff had agreed to take the vaccine. He said many staff members are anxious, but predicted that once they see the vaccine is safe, they'll come onboard.

Still, many are moving ahead with the vaccination, including Ruth Resnick, 96, a resident at Huntington Hills Center for Health and Rehabilitation in Melville.

"Hopefully it’s the first step toward us being able to visit again," said Ellen Resnick-Tjimos, Ruth’s daughter. "When I heard it was coming, I screamed. I said thank God."

Resnick is slated to get the vaccination Wednesday, her daughter said.