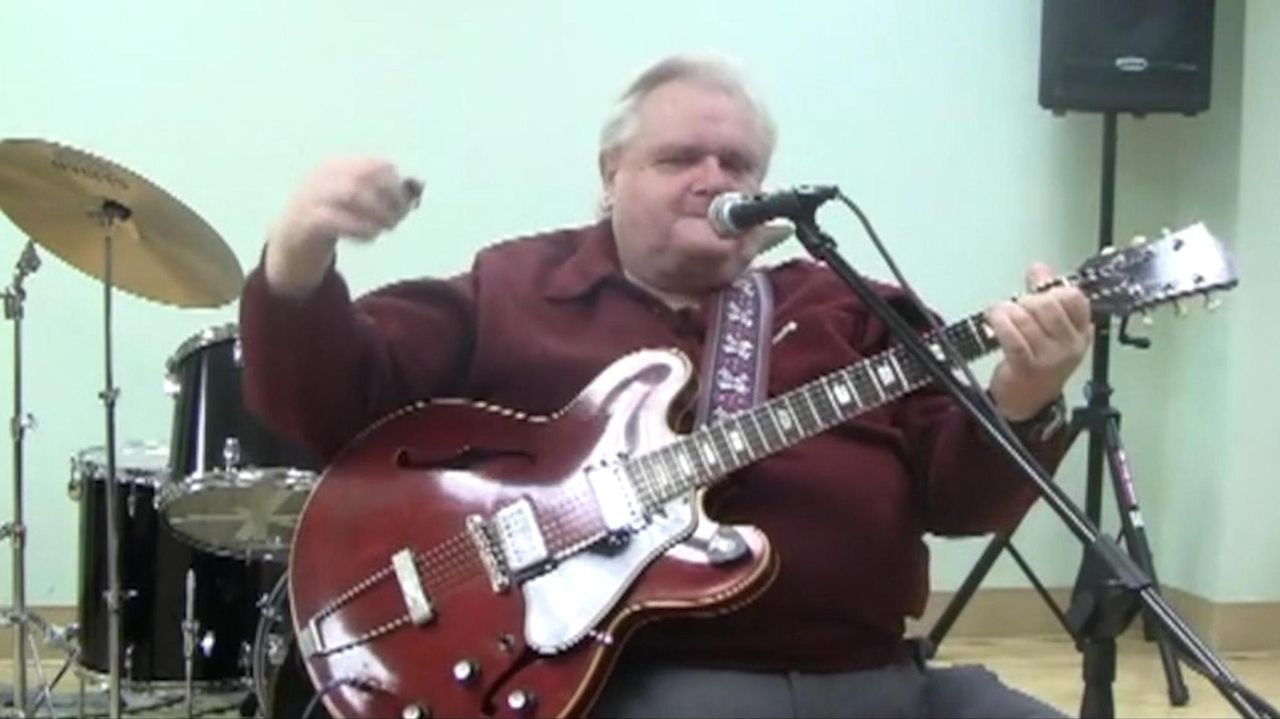 Chris Valenti remembers his musical father, Dominick, as well as a performance from the man himself. Dominick Valenti, of Central Islip, died April 7 due to complications from COVID-19, two of his sons said. He was 76. Credit: Chris Valenti

When Dominick Valenti and his wife were expecting their second child in 1973, the plan had been to name the baby Scott, if it was a boy.

But Valenti changed his mind and named him Donn, after former first baseman Donn Clendenon, a key member of the 1969 Miracle Mets. A Brooklyn Dodgers fan, he raised his three sons as Mets fans.

A gifted singer and guitar player, Valenti could have been a music star, said his oldest son, Christopher, who is pursuing his own music career in California. Dominick chose to raise a family rather than shoot for music stardom.

“I’m certain if it wasn’t for us, he would have had a successful music career,’’ Christopher said of his father. “But it was important to him to raise a family in his 20s.’’

Dominick Valenti, of Central Islip, died April 7, due to complications from COVID-19, his sons Christopher and Donn said. He was 76.

Born in Brooklyn, on May 13, 1943, Valenti moved with his parents to North Babylon as a boy. He went to North Babylon High School and after graduation attended the Berklee School of Music in Boston for one year, before enlisting in the Army in 1963.

He served in the Army Chorus, traveling around Europe and South Korea entertaining U.S. troops. Upon leaving the Army in 1969, he got married, moved to Bayport, and raised a family. He got a job as a teller at Marine Midland Bank and rose to become branch manager.

He was a volunteer firefighter in Bayport, coached youth baseball and performed in a two-man band with drummer Kenny Wagner called Soundtrack. They played gigs around Long Island on the weekends.

Following his divorce, Valenti moved to Fall River, Massachusetts, and, surrounded by Red Sox fans, he began rooting for the Yankees as something of a defense mechanism. Years later, he returned to Long Island, to Central Islip, to be around his two younger sons, Donn and Michael, and their children. Back on Long Island, he performed as a solo act at area nursing homes and Veterans Affairs hospitals.