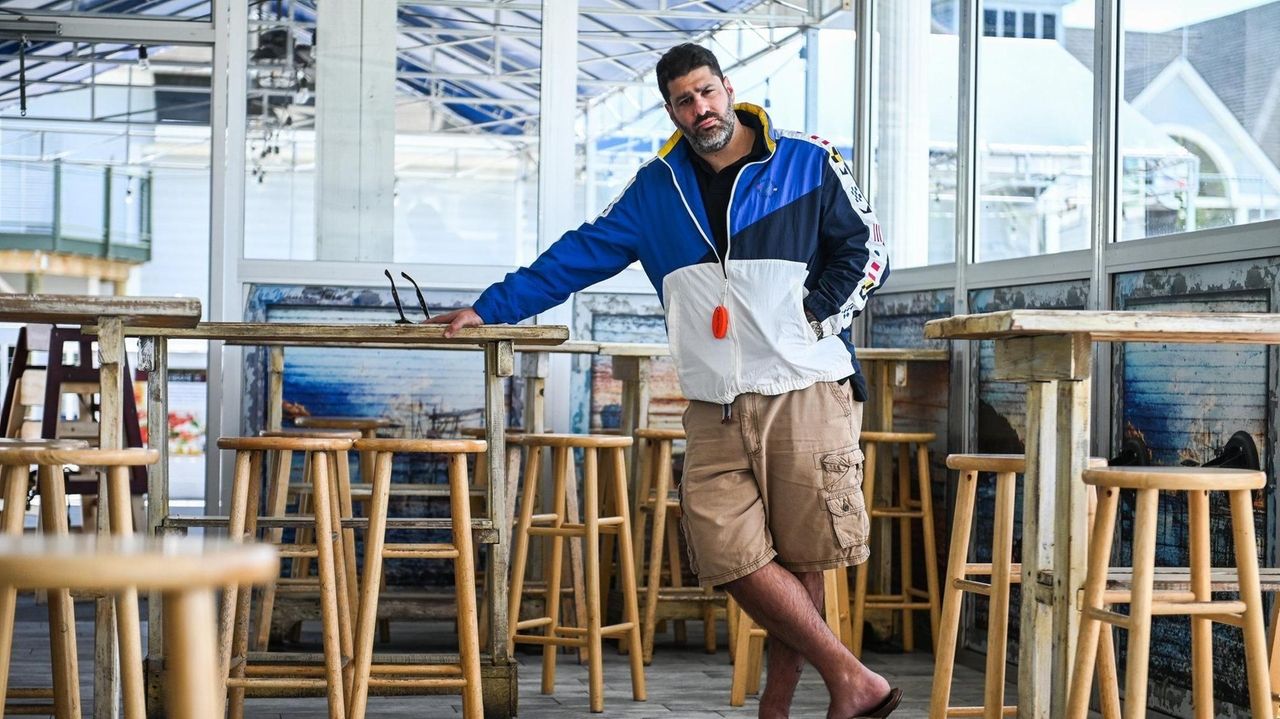 Sosh Andriano, who owns and operates the Whales Tale restaurant in Northport, is one of several restaurant owners urging the government to let them open outdoor spaces for service.  Credit: Newsday / Steve Pfost

A coalition of Nassau and Suffolk restaurant owners whose establishments have outdoor seating are appealing to the governor to reopen on Monday because many of the businesses are seasonal.

Gov. Andrew M. Cuomo currently has restaurants scheduled to reopen during phase three of the state's "unpausing," the timetable of which is evolving.

Sosh Andriano, owner of The Whales Tale in the Britannia Yachting Center in Northport, said a steep drop in revenue increased his frustration as he looked out at his empty outdoor restaurant as the nicer weather arrived, normally a signal his busy season was around the corner. He decided to take action to get himself and his employees back to work.

“I started one day just picking up the phone calling a couple friends,” Andriano said. “Then it turned to, let me reach out to some of the heavy hitters on the Island and I contacted several of them and let them know what the agenda was.”

That agenda was to present facts that outdoor restaurants have physical and operational differences compared with indoor dining that make them amenable to reopening sooner while making safety a priority.

“Also, we have three to four months to make an entire year’s revenue, and that’s another big concern,” Andriano said.

His calls led to more than 50 restaurants and restaurant groups, collectively known as the Hospitality Professionals of Nassau and Suffolk Counties, signing a letter to Cuomo on May 18 requesting a Monday reopening.

Some of the restaurants that signed on are Gosman’s Dock Restaurant, Lessing’s Hospitality Group and Bohlsen Restaurant Group. The coalition employs more than 5,500 people, according to the letter.

The coalition's letter also included an outline of what proper protocol could look like based on measures suggested by the Centers for Disease Control and Prevention, the Food and Drug Administration and the National Restaurant Association, Andriano said.

Representatives from the governor's office could not be reached for comment.

Stephen Loffredo, a partner in New York City-based Seasoned Hospitality, which is the operator of Claudio’s Greenport, said the coalition is not asking for special treatment.

“But I do believe that we’re in a tougher spot than most,” he said.

If outdoor restaurants are not greenlighted to reopen soon, he said, the future viability of many of them is at stake, along with an impact to other economies.

“Let’s say we push it to Fourth of July, you’re basically good for two months," he said. "That’s your revenue stream for the entire year; for most places, yeah you’ll be open, you’ll do some business but not the kind of business people do normally.”