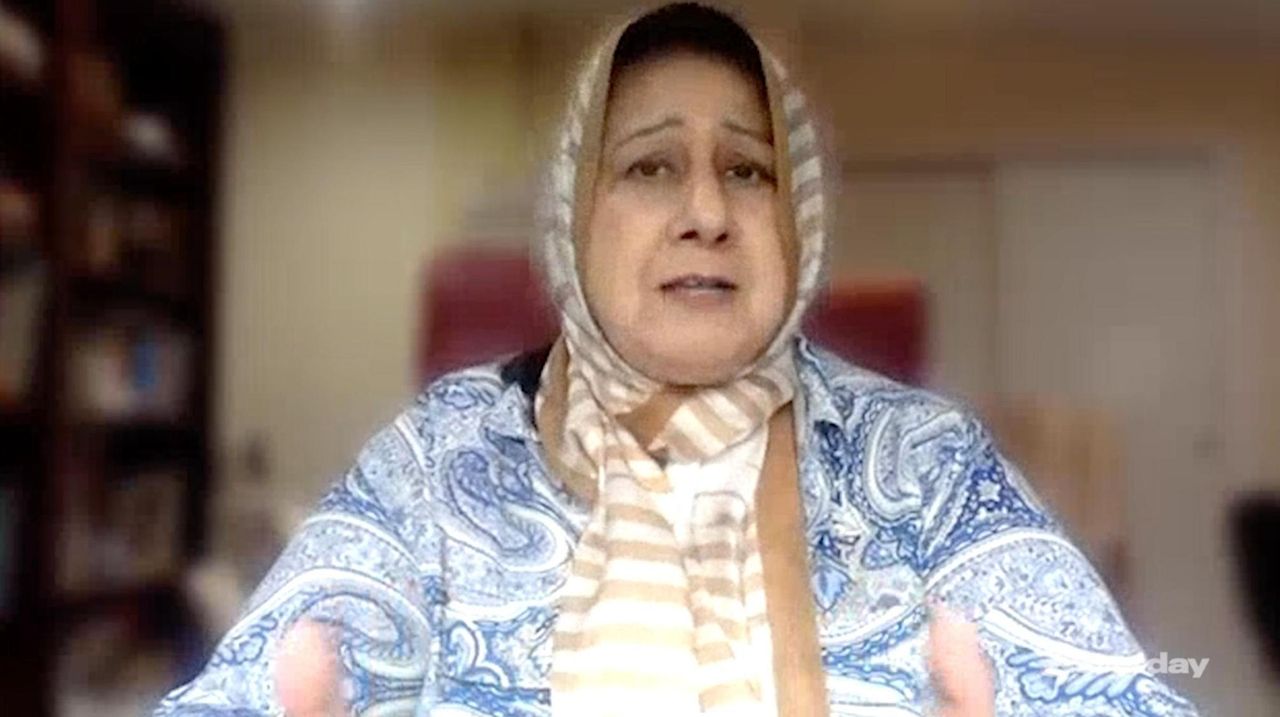 Ahead of Ramadan, chair Isma Chaudhry talked about how the Islamic Center of Long Island is trying to cope with not being able to celebrate the breaking of the fast as a community inside the mosque. Credit: Newsday staff

While Long Island’s Muslim community may be observing Ramadan this year from home and through screens, Isma Chaudhry says: “In spirituality and good deeds, we are together.”

Chaudhry chairs the board of trustees for the Islamic Center of Long Island in Westbury, one of the largest mosques in the region. She said that during the month of Ramadan — which begins Thursday evening and lasts until May 23 — one of the biggest services Muslims provide to one another is charity.

The tradition has taken on a whole new meaning during the pandemic.

“This is the month that we really put everything else worldly on hold and reconnect with our spirituality and the Islamic rites,” Chaudhry said. “So we have to really improvise a lot.”

ICLI has been offering virtual prayer services via Zoom and Facebook Live since last Sunday. Chaudhry said thousands of people have tuned in to these half-hour sessions, which include reflections delivered by Mufti Mohammad Farhan, ICLI’s executive director.

On Thursday, the night before fasting begins, ICLI will broadcast a congregational recitation and reflection from 9-10 p.m. on Zoom and Facebook Live. Two speakers will recite chapters from the Quran every night — one of the reciters is a physician at Nassau University Medical Center in East Meadow.

Each day during Ramadan, observants fast from sunrise until sunset. Nassau County Executive Laura Curran pointed out at Tuesday’s news briefing that many of the county’s health care workers are Muslim. “A lot of doctors, a lot of nurses,” she said. “So they’ll be out there doing their job without eating or drinking from sunrise to sundown.”

ICLI and other mosques around Long Island are donating food to their communities, keeping in mind diet restrictions and essential workers on the job for long hours. Chaudhry said ICLI is offering a “drive-thru” service in collaboration with Island Harvest Food Bank, where people breaking fast at the end of the day can pick up food at the mosque. ICLI is also working with some Muslim restaurants on providing takeout options free of charge.

Masjid Noor in Huntington partnered with Islamic Circle of North America Relief to set up food distribution centers, said Usman Khan, a member of the mosque’s management team. He noted that all of the mosque’s youth programs are now online, with prayer services offered nightly on Facebook, YouTube and Zoom throughout Ramadan.

Ever since the services went virtual, mosque leaders have been giving advice on how to make the most of time spent at home, Khan said.

“The emotional stress of this and mental health issues are becoming more and more apparent in isolation,” said Khan. “So we’re trying to address that in some of the sermons being delivered.”

Khan added that Ramadan brings in more donations than any other time of the year, since the highest number of people on average come to the mosque.

“We’ve been figuring out how to manage salaries not only for spiritual leaders, but also people who clean the mosque,” he said.

Masjid Noor is still open for individual worship — Khan said no more than two or three people can enter at a time, and must abide by social distancing guidelines while inside. There is a caretaker to open and close the mosque daily and monitor its activities. Paper mats are distributed to those who come to pray “so they don’t have to touch their heads on the floor,” Khan said.

Shah-E-Najaf Islamic Center in Brentwood has mobilized its community; volunteers are providing door-to-door delivery of groceries, medicine and other emergency supplies for the most vulnerable, such as the elderly and immunocompromised.

Ali Naqvi, who is a member of the mosque’s executive board, said the volunteers are offering help throughout Nassau and Suffolk. The mosque’s prayer sessions are available via Zoom and on YouTube.

“Our weekend school for the children has switched over to Zoom even prior to the mandated restrictions,” he said.

Naqvi and Chaudhry both said the biggest challenge the Muslim community faces in this pandemic are changes in burial rituals. Certain traditions — such as bathing the body of the deceased and burying within 24 hours — have become difficult to maintain. Chaudhry added that this causes additional psychological challenges for those in mourning.

Chaudhry said the only way to ensure there is “minimum or no suffering for anyone” going forward is to come together as one community, regardless of background, ethnicity or religion. “In Islam, your neighbor is your closest ally, in times of need and in times of celebration,” she said.

“These kinds of challenges are not a form of punishment from God, but a form of trial,” Chaudhry said. “I hope we never forget this humbling experience we are all going through.”