Gov. Andrew M. Cuomo on Thursday said he is concerned about the trend of more COVID-19 cases among people in their 20s and asked them to reexamine their assumptions and embrace protective measures. Credit: NY Governor's Office

This story was reported by Robert Brodsky, Matthew Chayes and Bart Jones. It was written by Jones.

Gov. Andrew M. Cuomo said Thursday a new threat to New York's progress in the fight against the coronavirus is emerging: young people partying in large crowds and failing to socially distance or wear masks.

He said the number of confirmed cases of COVID-19 is rising among people in their 20s, even as it falls or remains stable in other age groups. For people ages 21 to 30, the infection level went from 9.9% to 13.2% positive over the last two weeks, he said.

That compares to a statewide average that has hovered around 1% or slightly higher.

Addressing the state's young adults, he told them that contrary to what many of them believe, COVID-19 can hurt them or people close to them. He launched an ad campaign to drill that message.

“We are wary of new threats that are on the horizon,” Cuomo said at a news briefing in Manhattan. "We are monitoring … the rising COVID rates among younger people. You get groups of young people" who "like to socialize … You don't socially distance, you don't wear masks, the virus spreads, and it is happening."

Cuomo told the young people that while he understands their desire to get together after months of lockdown, they need to think about the consequences.

"This is not the time to fight for your right to party … I fully respect it. I would enshrine it in state law … You have the right to party, but let's be smart about it, right?" the governor said. He added that contrary to any notions of not being vulnerable, "The virus can kill you and if it doesn’t kill you, you can bring it home" and give it to others "and it can kill them.”

State Police and the State Liquor Authority will be stepping up a crackdown on bars that violate the law by allowing large crowds to gather, sometimes on sidewalks in front of their businesses, he said.

This week, the state suspended the liquor licenses of two bars in Astoria, Queens, along with a pizza place in Maspeth and a strip dancing club in Deer Park. 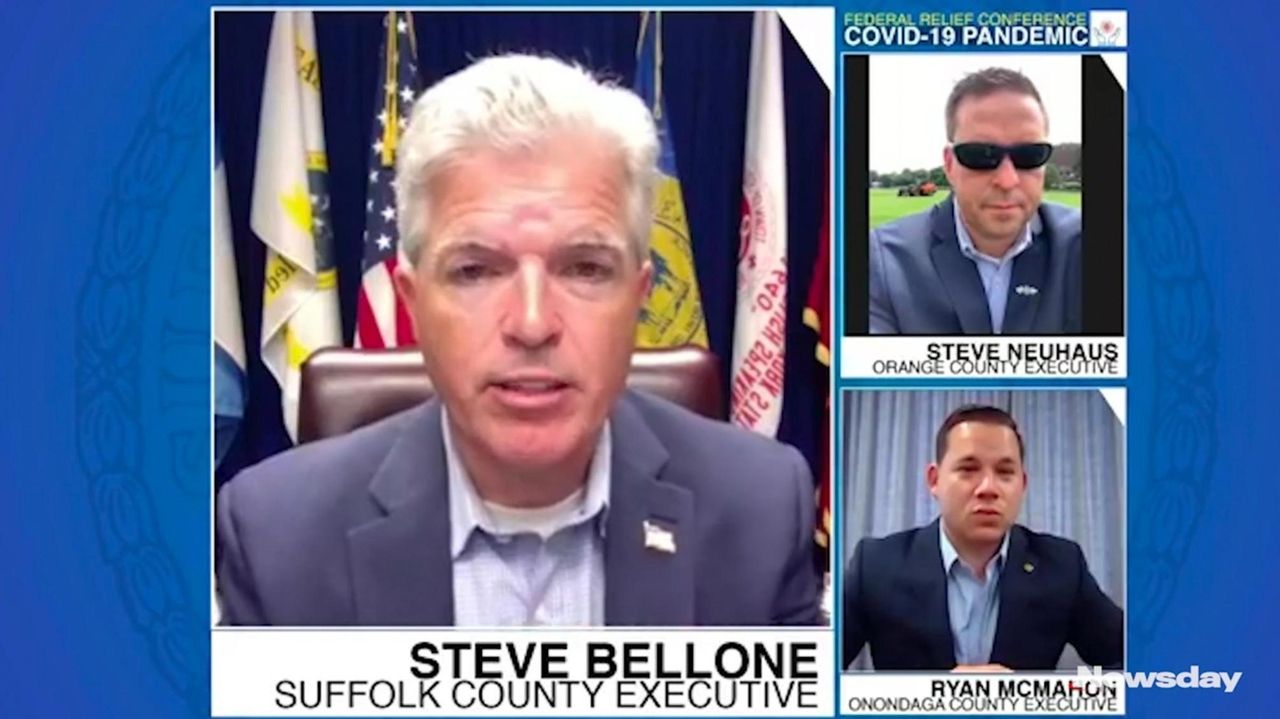 Cuomo has shown slides of young people partying in the streets in large crowds in Astoria and the Lower East Side in Manhattan.

He said Thursday that one Fourth of July house party in Albany had led to nearly 30 confirmed cases of the coronavirus, though he did not specify ages.

Cuomo addressed the confusion over whether bars are allowed to be open, and said they are, as long as they serve food. Reporters asked about some bars selling items such as $1 hot dogs that patrons buy but then don't eat, or "Cuomo Chips" — a light snack named after the governor to try and bypass food serving requirements.

He joked that he has nothing against the namesake potato chips, but they don't qualify as sufficient food to meet the state mandate. 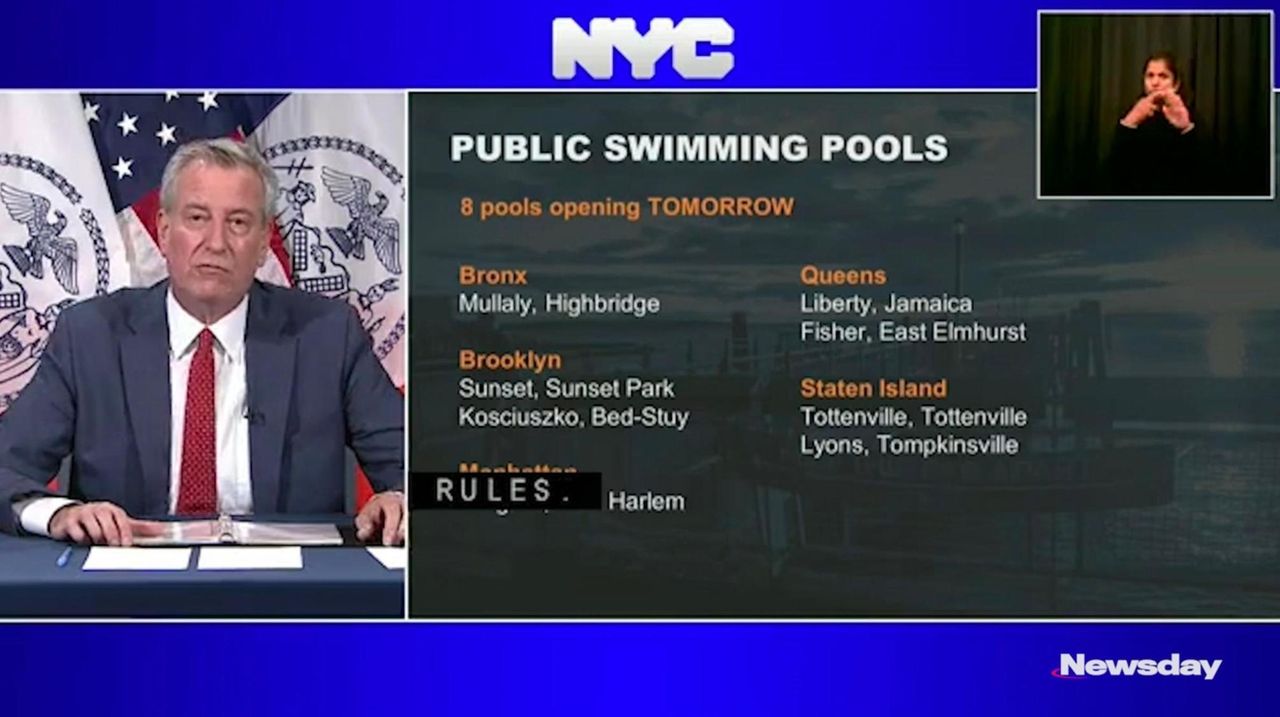 In Washington, D.C., President Donald Trump said that because of the ongoing pandemic, he has canceled the Republican National Convention, which was scheduled for the end of August. Trump said the nominating process will take place at a smaller North Carolina event, and he intends to “give a convention speech in a different form.”

Those numbers are in contrast to 39 states experiencing a coronavirus surge, Cuomo said.

Confirmed coronavirus cases were tallied at 51 in Nassau County, 94 in Suffolk County, and 388 in New York City.

Meanwhile, a bipartisan group of Long Island and upstate county executives on Thursday pleaded with Congress and the Trump administration to deliver a disaster assistance package to counties facing unprecedented revenue shortages.

Suffolk County Executive Steve Bellone described the virus as a “natural disaster,” similar to hurricanes, nor’easters and floods, that have drained the revenues of municipalities.

In the past, Bellone said, the federal government has worked with local communities to cover the cost of the response to natural disasters. But Senate Republicans have refused to approve additional aid for state and local governments.

Bellone said during an online news conference: “It would be unconscionable to say that the burden of the cost of this response is now going to be borne exclusively, or almost overwhelmingly, by those same public health workers, essential employees, first responders or local taxpayers.”

Orange County Executive Steve Neuhaus, also a Republican, said his administration spent millions on personal protective equipment, ventilators and other supplies to allow his region to weather the pandemic.

“This is a critical time,” Neuhaus said. “We need the federal government to step in, politics aside, and get something done so we can get through this and really come out of this stronger than we were before.”

0:33
Cuomo: More people vaccinated, as rate of COVID-19 cases declines
Easing restrictions may make it harder to persuade LIers to get shots
2:01
LI seniors, cut off amid COVID-19, are back on the road to normalcy
State starting to shut down some mass vaccination sites
Long Island teens who won vaccine scholarship welcome the boost
Poll: Many Americans resuming pre-virus activities
Didn’t find what you were looking for?