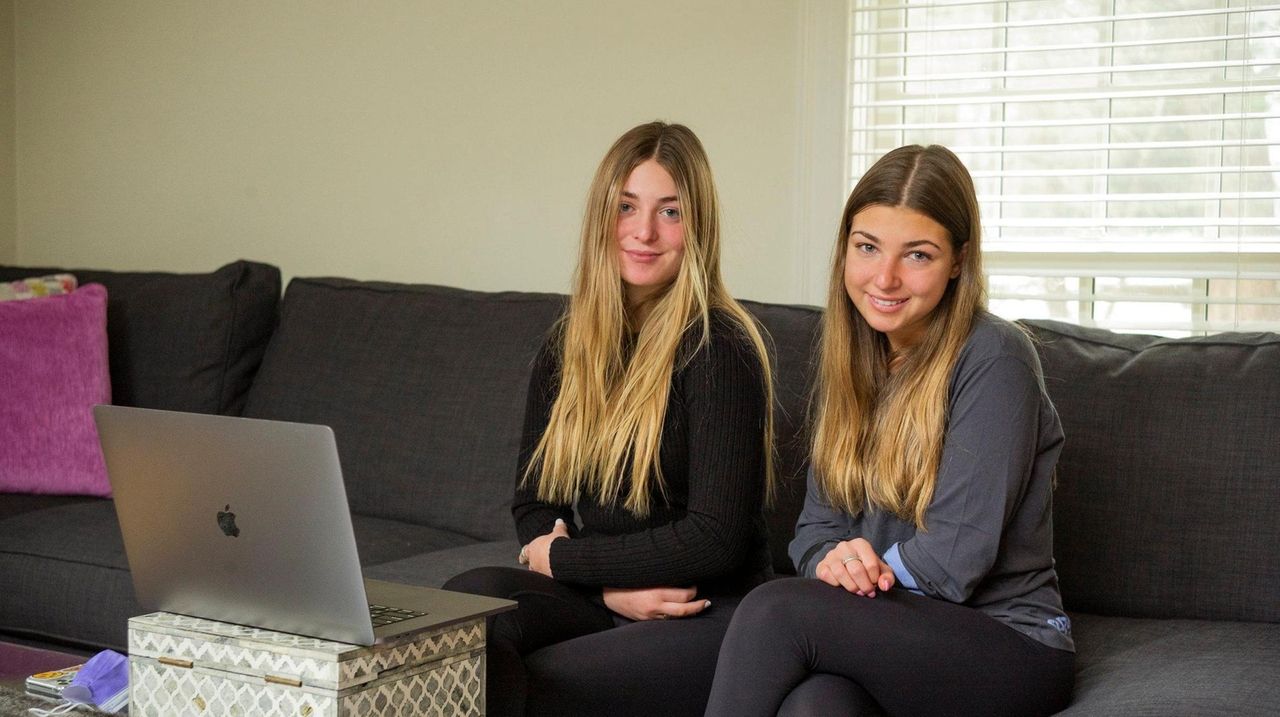 Teenagers are stepping up where bureaucrats have fallen down in navigating the COVID-19 vaccine maze.

Following a frustrating but ultimately successful scrounging for vaccine appointments for their own grandparents, Ava Weinstein, 16, and her sister, Lily, 15, both students at Roslyn High School, began to wonder.

"We thought, ‘like, how are other people supposed to do this without kids and grandkids?'" Ava recalled Tuesday. "Some people might not even have an email."

So the sisters set out on a mission to help other elders get through the bureaucratic thicket of websites, text and phone lines to schedule vaccines.

Across Long Island, the United States and beyond, volunteers like the Weinstein sisters are offering to help connect tech-unsavvy elders to the shots that could mean the difference between life and death.

Some of the volunteers are family helping family; others are strangers helping strangers.

In states like Vermont, Pennsylvania, Florida, the Washington, D.C. area and beyond, teenagers are helping find appointments for older people — one generation helping another.

Since Dec. 14, there have been about 1.5 million people vaccinated among those eligible, a group that now includes people age 65 and older, according to Jack Sterne, a spokesman for Gov. Andrew M. Cuomo. There are about 7.1 million total eligible.

Recently, the Weinstein sisters zigzagged the basement of their grandparents’ building, in North Shore Towers on the Queens-Nassau border, handing out fliers and offering to help whomever they encountered.

"We were just walking around and asking all these people if they got vaccinated, and most of them actually said they couldn’t figure out how to get an appointment," Ava said, adding: "We talked to multiple elders' aides, and they had no idea even how to help their patients."

So far, the sisters have a list of about 50 names — the oldest, age 96 — and say they would start looking for vaccine appointments when local sites open up more appointments. The sisters’ website is www.covid19vaccineappointments.com.

Finding an appointment can be a test of will for even the most patient and technologically sophisticated. There is no single place to find out where and whether an appointment might be available.

Those seeking to schedule the shot face a spider’s web of discrete, overlapping and multistep sign-up systems, some public, some private. On the New York State website, for example, an applicant must fill out a screener form with each visit, then click through to multiple pages before finding out whether an appointment is available and where.

It’s fewer steps than were required earlier this month on the state’s website, when an applicant might need to page down through some 90 screens to see whether an appointment was available. Even if a date was available, the system wouldn’t lock in the time, as is common on most ticket reservation websites, so that slot could be gone in seconds, by the time a user checks to make sure the proposed reservation would work.

Earlier this month, as many as 20,000 appointments at Stony Brook University were canceled after the state said a sign-up web link was wrongly circulated.

For the Weinstein sisters’ grandparents — 79-year-old Sheila and 82-year-old Allen Resnick, a real estate manager — the quest for vaccination began around the family’s kitchen table.

"They kept getting sent in circles, and so we had to help them, and it even took us a bit of time to figure it out," Ava said.

As Allen Resnick sipped English Breakfast tea, the sisters recalled, the teens commandeered the search, each sister armed with an iPhone and a MacBook Pro.

After three days, the sisters found a pair of appointments — at Essen Health Care in the Bronx — for Jan. 20 to get the Moderna shot.

"Once we got the appointment, my mom started screaming, because she was very happy that we could now be with our grandparents inside and all together as a family," Ava said.

For now, the family maintains social distance, and the sisters avoid seeing friends to minimize the chance of exposing the Resnicks.

The Resnicks’ booster shot — the vaccine is a two-dose shot, to be administered weeks apart — is scheduled for Feb. 19.

Sterne, the Cuomo spokesman, said in a text: "anything that helps connect eligible New Yorkers with appointments and gets shots in arms faster is a net positive."

"Over the last 10 months, New Yorkers have shown they’re tough, smart, united, disciplined, and loving — and high schoolers stepping up to help seniors in their community is a perfect example," he added.

Mayor Bill de Blasio, asked Wednesday about young people or other volunteers helping older people schedule appointments, said: "I think it’s also a great question whether we could get some kind of facilitator system going … whether it's younger people or city employees or whoever it is helping out."

Angela Banks, a de Blasio spokeswoman, said later by email that the city’s Department for the Aging and affiliated providers are placing tens of thousands of calls per week to those who receive agency services in order to help schedule vaccine appointments.

The Weinstein sisters are flummoxed at how complicated it is — in both the private and public sectors — to schedule a vaccine. The teens say a much simpler process is needed.

"I don’t think that there should be multiple text lines," Ava said, before Lily finished her sister’s sentence: "A phone number. A website. … Too many."