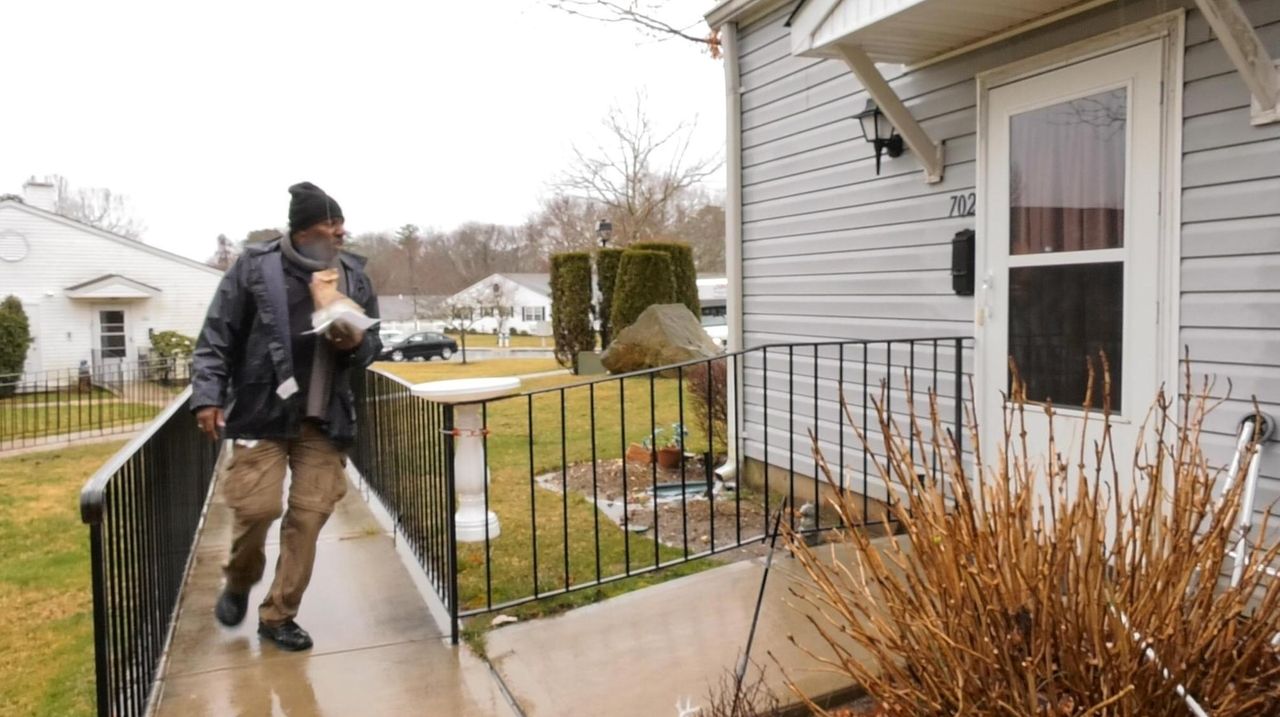 Senior services in the Town of Southampton is delivering, and making daily meals available for pick up, for those who normally eat lunch at the town's temporarily closed senior center.  Credit: Newsday / John Paraskevas and Steve Pfost

With COVID-19 altering daily routines, senior citizens — the group considered to be most vulnerable to the virus — are suddenly having to adjust to the loss of regular hot meals and interaction with their peers.

Senior centers across Long Island have been shuttered due to the virus, and the hundreds of residents who visit those community spots are now relegated to their homes and apartments, with limited contact with their families.

Though centers are closed, towns said workers remain on-site at many centers and are calling regularly to check in with their seniors to see whether they have any needs. Many of the centers are also still providing a meal — some a reheatable dinner, others a cold lunch — either through pickup or delivery.

“The meals are very important, especially to seniors who don’t drive,” said Alicia Portwine, manager for the Wyandanch Senior Nutrition Center. “For some this may be the only real meal that they get each day.”

Happy to have meals

Many seniors said they were surprised that their center meals are still available:

“It’s wonderful, I don’t have to worry about what to cook or if I can cook.” — Carol Johannes, 82, of Islip

“I may have food in there, but you don’t know how long this is going to go on so I try to save it for harder times.”  — Georgia Murello, 89, of Oceanside

Liz Dwyer, director of senior services for Southampton Town, said some aren’t able to stand up long enough to prepare a meal or to even shop for the ingredients.

“For some people it’s the major portion of their nutrition for the day, otherwise they’d be eating a bowl of cereal,” she said.

Hempstead Town Supervisor Don Clavin said the town expects to continue to provide the 900 meals a week typically served in its 14 centers. The town is also conducting home visits for seniors that officials have identified as vulnerable.

“These are our most sensitive people and we need to do everything we can to protect them and also alleviate their concerns,” he said.

Other organizations that provide meals for seniors are continuing service but with modifications. Umberto Mignardi, communications manager for Catholic Charities, said the agency is still operating Meals on Wheels in Nassau and part of Suffolk but is no longer using volunteers for deliveries and has transitioned to cold meals so that staff drivers don’t have to go into homes.

Many seniors are trying to live active lives, center directors said, so being stuck at home now will be challenging. 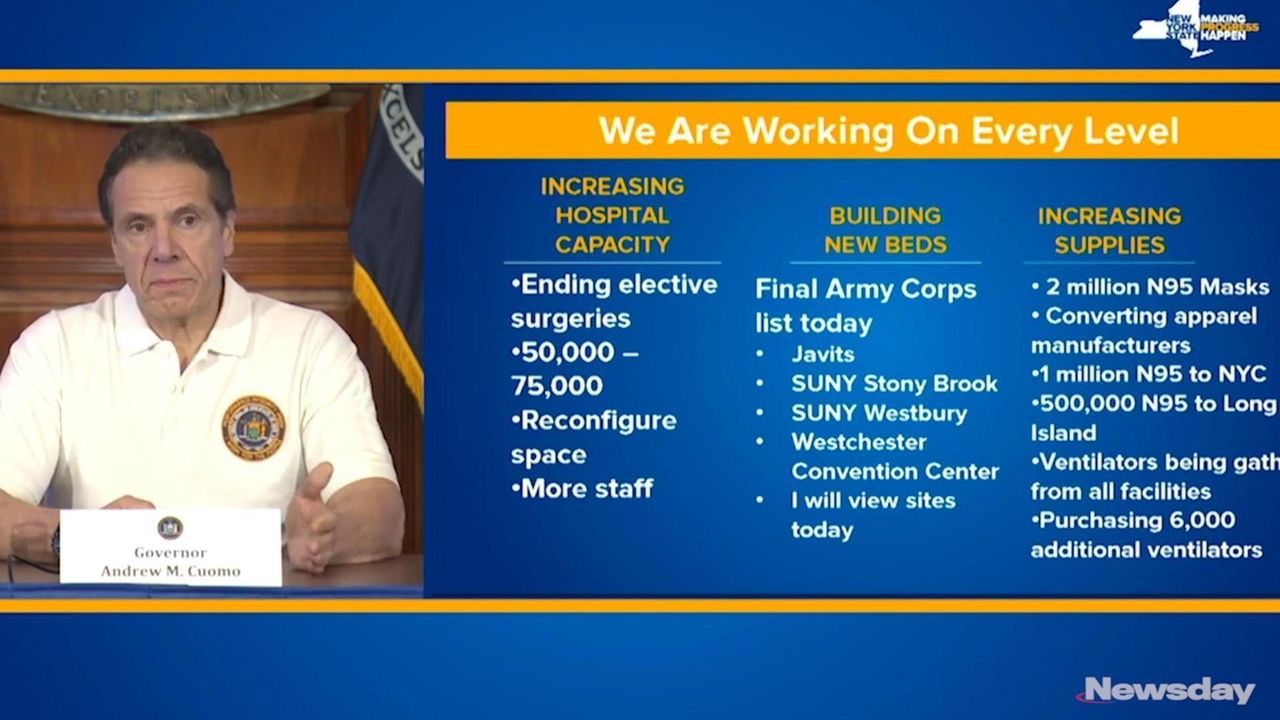 “Little by little their world is getting smaller,” Dwyer said. “As time goes on and they’re watching TV and they’re seeing all this stuff about the coronavirus and they have no outlet anymore, I think it could become very depressing for them.”

Nearly 1 in 5 Americans 65 and older are socially isolated, according to the AARP Foundation. In studies, loneliness among seniors has been linked to depression, cognitive decline and physical ailments, with some research suggesting it can be as harmful to one’s health as smoking or obesity.

Sonya Bates, 87, of Hampton Bays, said she looks for any opportunity to get outside, even if it's just raking leaves. “Because when you’re alone in the house, you don’t want to stay here,” she said.

Adjusting to their new normal

Seniors said they’re trying to keep busy by reading and talking with friends on the phone: 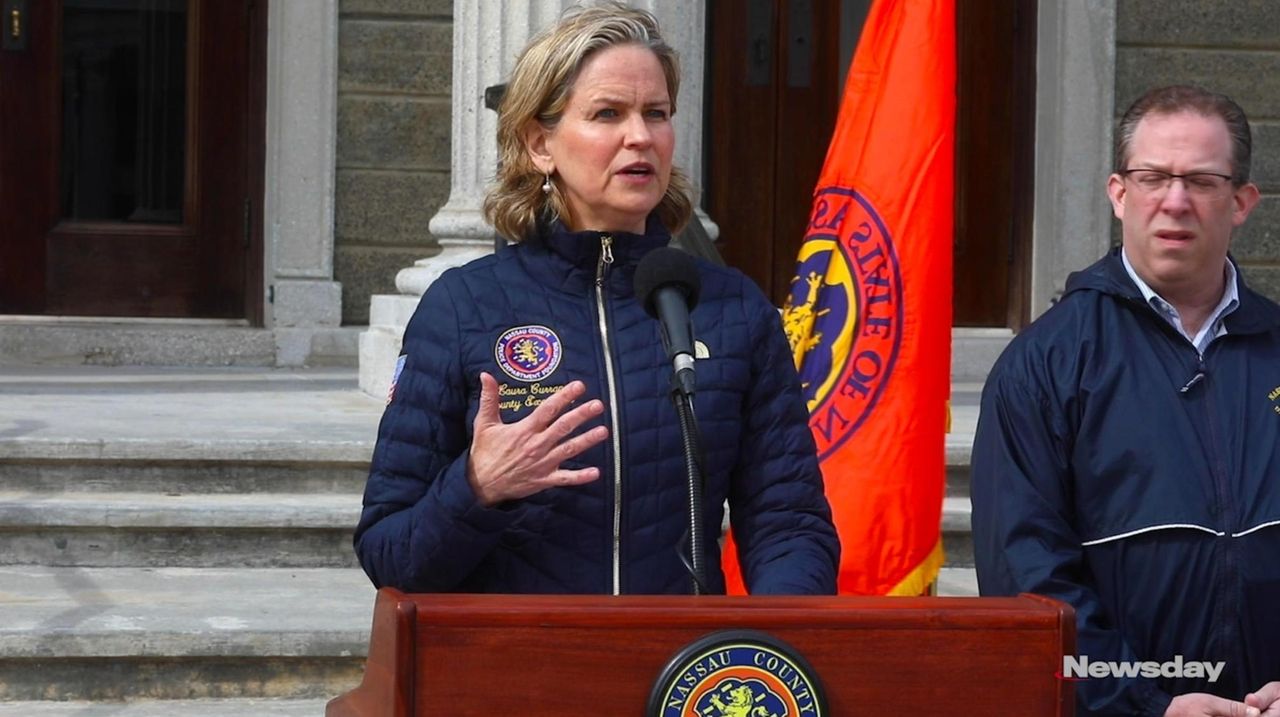 “I’m getting a lot done that I’ve been putting off [going through paperwork] for some time. But it’s not much fun, which is why I kept putting it off.” — Carol Johannes, 82, of Islip

“It’s a big part of my life. But you’ve got to roll with the punches, otherwise you get bitter and resentful and that doesn’t do you any good.” — Violette Evangelista, 95, goes to Hampton Bays center four days a week, to take part in meditation and yoga classes

“It’s difficult for me. But I’d rather give it up than go out there and catch the virus.” — Tom Holloway, 85, of Westbury; says that since his wife died 19 years ago, he goes daily to his local center to play card games and exercise

‘We need each other’

Lory Bright-Long, a retired geriatric psychiatrist who lives in Poquott, said she’s concerned about the uncertainty of how long seniors may be isolated. Some said they are already grappling with that:

“I do have projects that I have to do but I find it difficult to get into them. Even getting out of bed in the morning, I find myself staying there longer than usual. And sometimes I get a little anxious about not having someone to be in contact with. But I’m trying to adjust. You can’t completely disconnect from everything.” — Mable Jo Robinson, 80, of Westbury, who said that as a social person who visited her center every day, the last two weeks have been hard

Bright-Long said she is hoping senior centers develop telephone group calls for those who aren’t able to navigate the internet. She also encourages seniors to not binge watch the news, to connect with others via the phone and letters, get outside to exercise and check in on their friends and neighbors while practicing social distancing.

Dwyer said workers are trying to think of creative ways to get more interaction for the center’s patrons.

“You have a community of kids who now don’t have so much to do and then you have these seniors who are alone, so we have to figure out a way to connect the two groups,” she said.

Robinson said she’s joined church conference calls and regularly talks to family and friends on the phone, feeling "so grateful for what I have" even if it's just going to the park to people-watch from her car.

“These are trying times,” Robinson said. “The one thing it has done is made us realize how connected we are and how much we need each other.”