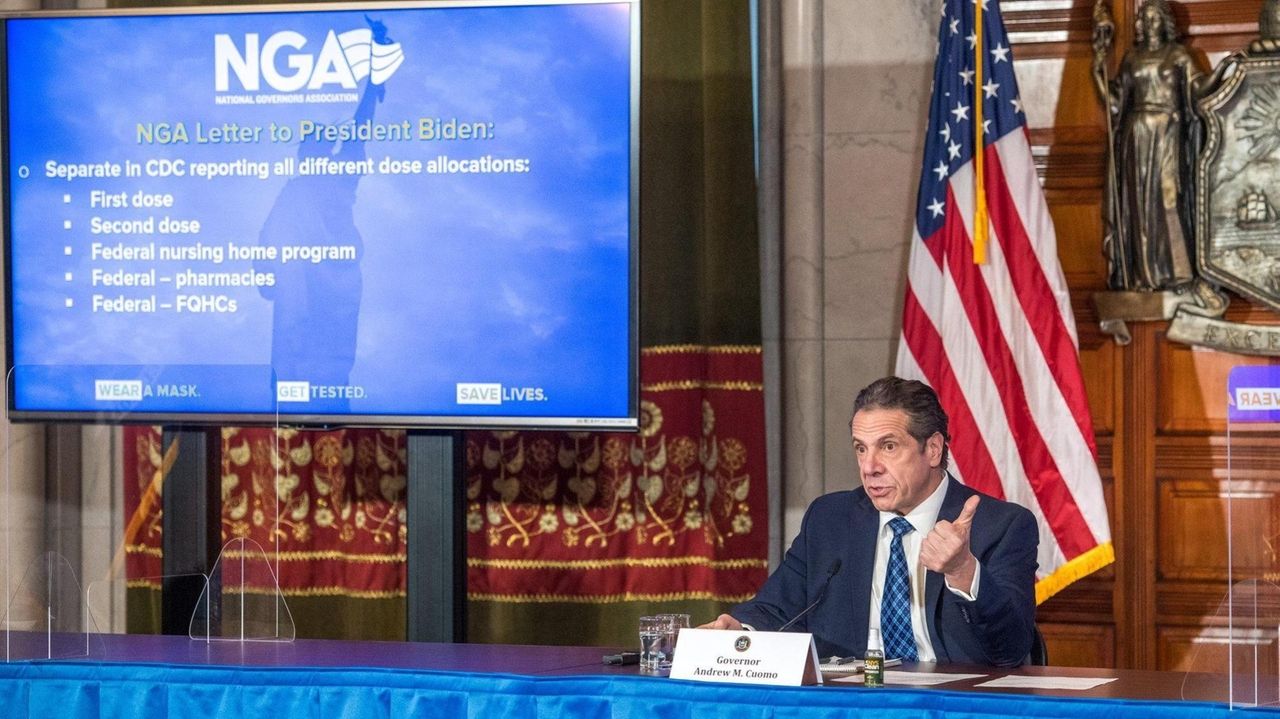 ALBANY — New York voters continue to support Gov. Andrew M. Cuomo’s handling of the COVID-19 pandemic, but a majority don’t like his handling of data on nursing home deaths, which took months to be made public, according to a poll released Tuesday.

The Siena College Research Institute Poll showed 61% of voters approve of Cuomo’s overall handling of the pandemic compared to 34% who disapprove of his performance. The poll also found voters by 67% to 37% approved of his communication of the state’s plan to combat the virus while reopening the economy. Similarly, 67% of voters credited him for providing accurate information.

However, the poll found 55% of all voters disapproved of the way Cuomo took six months to release full data on nursing home deaths to the public, while 39% approved. In recent weeks, criticism of Cuomo’s handling of the virus in nursing homes was featured in national headlines and on cable TV news.

The poll was conducted Feb. 7 and ended on last Thursday. That day, the New York Post first reported on a closed-door meeting at which Cuomo’s top aide, Melissa DeRosa, told lawmakers that their August request for nursing home death totals was superseded by the request by the Trump administration’s Justice Department for related, but dissimilar data.

Press coverage continued through Monday and reaction by the public to the subsequent attention wasn’t captured in the poll.

"When it comes to making public the data about the deaths of nursing home patients — the issue on which voters most harshly grade Cuomo — he only gets approval from 54% of Democrats, while 81% of Republicans and 63% of independents give him negative grades," said Steven Greenberg of the Siena poll.

Among suburban voters, including Long Islanders, 64% of voters disapproved of his handling of the data and 34% supported it.

The poll questioned 804 registered voters and has a margin of error of plus or minus 4.3 percentage points.

Cuomo said in a Monday news conference that his staff had informed the Legislature’s staff in the early fall that the Department of Health would delay responding to the legislative request until it first responded the U.S. Justice Department request.

Several legislators denied that and said they first learned the reason for the delayed response last week in press reports.

"We should have done a better job on that, no excuses," Cuomo said. "I accept full responsibility for that … we should have provided more information faster. We were too focused on the job and addressing the crisis of the moment."