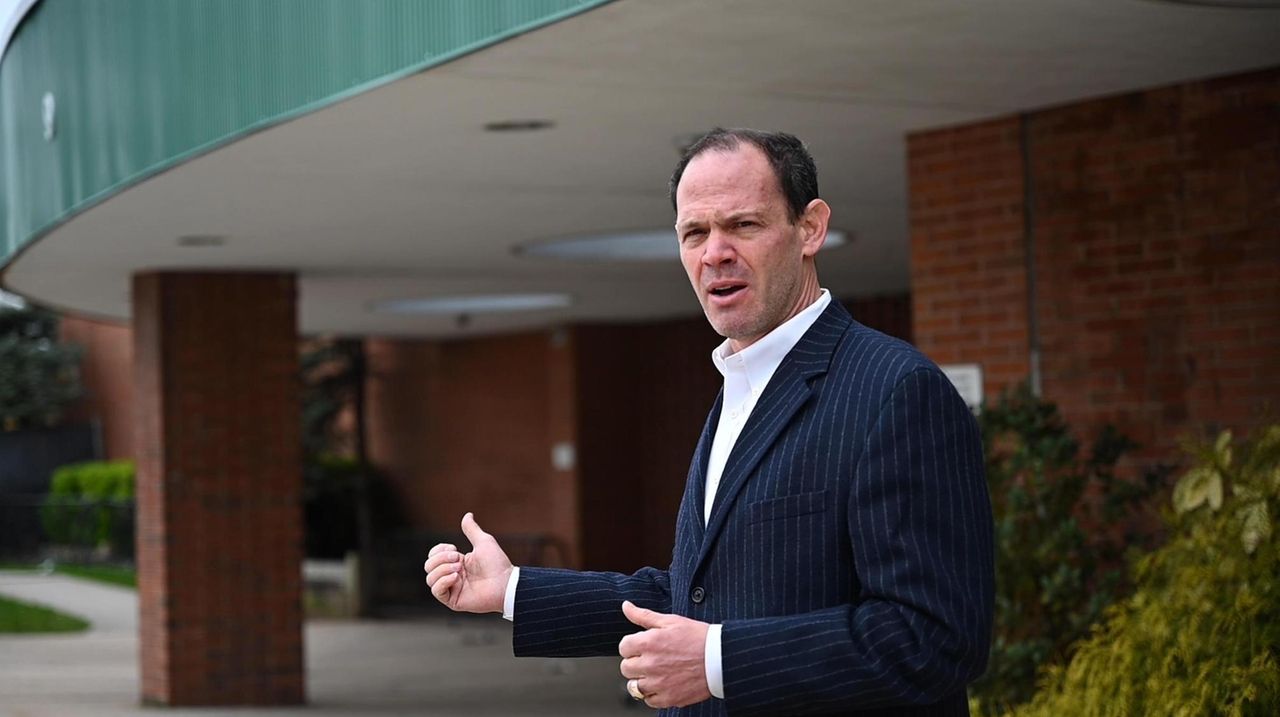 William Belmont, president of Lynbrook's school board, says students and teachers must be given their scheduled time off as both a contractual obligation and a means of mental health care. Credit: Danielle Silverman

There's no spring break this week for Long Island students, who continue to pick up homework assignments from the internet as they have for the past month, due to school closings forced by the COVID-19 pandemic.

Normally, thousands of families would be vacationing Monday through Friday, as schools observe a period marked on their calendars as "spring recess." However, the traditional break has been canceled, under orders from Albany, where continuity of instruction has taken priority.

The cancellation has been a strain for teachers, who had hoped for a little time off after rushing to put digital lessons together in recent weeks. Such instruction became essential after schools began closing March 10.

"Look, I've got to be honest — initially, there was disappointment, and not just for teachers, but for parents as well," said Perry Fuchs, an astronomy instructor and president of the Plainedge teachers union. "We all wanted a break, but once we got over that, we came through and realized that, as teachers, we had to be there for our kids, to educate and support them."

William Belmont, an attorney and president of Lynbrook's school board, remains opposed to the state's blanket cancellation, and wonders if the move will cost his system extra money.

"The whole purpose is to give teachers and students a chance to walk away from their work and get a break, focus on social activities, focus on family," Belmont said of the traditional vacation.

Meanwhile, districts were excused from meeting the state's minimum requirement of 180 days of annual instruction, but only if they first used up "any vacation or snow days remaining."

A publication of the New York State School Boards Association concluded that Cuomo's directives, an aide's statement and subsequent confirmations made it clear that school employees and students were required to work through scheduled spring vacations.

The group also has told members that the governor's office specifically wanted school districts throughout the period normally set aside for spring break to continue providing instruction and meals for students, along with child care for medical workers and other first responders.

Virtually all of the 124 districts in Nassau and Suffolk counties have heeded that message, regional school leaders said this week. Those interviewed included Robert Dillon, superintendent of Nassau County BOCES, and Julie Lutz, chief operating officer of Eastern Suffolk BOCES.

Spring breaks often cover seven days in all, in order to include Jewish and Christian holidays.

In 2018, a number of Island districts canceled part of their spring breaks to make up class time lost to March storms. However, the schedule changes then came nowhere near matching this year's mass cancellations affecting hundreds of thousands of students.

In Cold Spring Harbor, digital instruction proceeded this week much as it has in the recent past, local families said. Worksheets and projects were shared between students and teachers via Canvas, a computerized management platform, while face-to-face conversations were provided by Zoom, a web conferencing system.

One eighth grader, Hailey Jo Rosato, said her lessons this week rotated among history, French, algebra and biology, with two subjects taught one day, and a single subject the next. The 13-year-old estimated that she spent an average three to four hours a day in private study.

Overall, she said, working at home felt a bit different from at school, largely because home studies were not interspersed with sessions in a gym.

"I think because I'm home, it seems like more, but it's probably about the same," Rosato said during a phone interview earlier this week.

Jeanette Deutermann, a parent in the Bellmore-Merrick district, said her 16-year-old son enjoyed an increase in hands-on instruction this week. As examples, the mother cited a French lesson that had students listening to a meditation podcast in that language, as well as a chemistry lesson in which students mixed vinegar with egg coloring to change the hues.

"When you're not teaching to the test, all sorts of opportunities open up," she said. "That's our whole point."