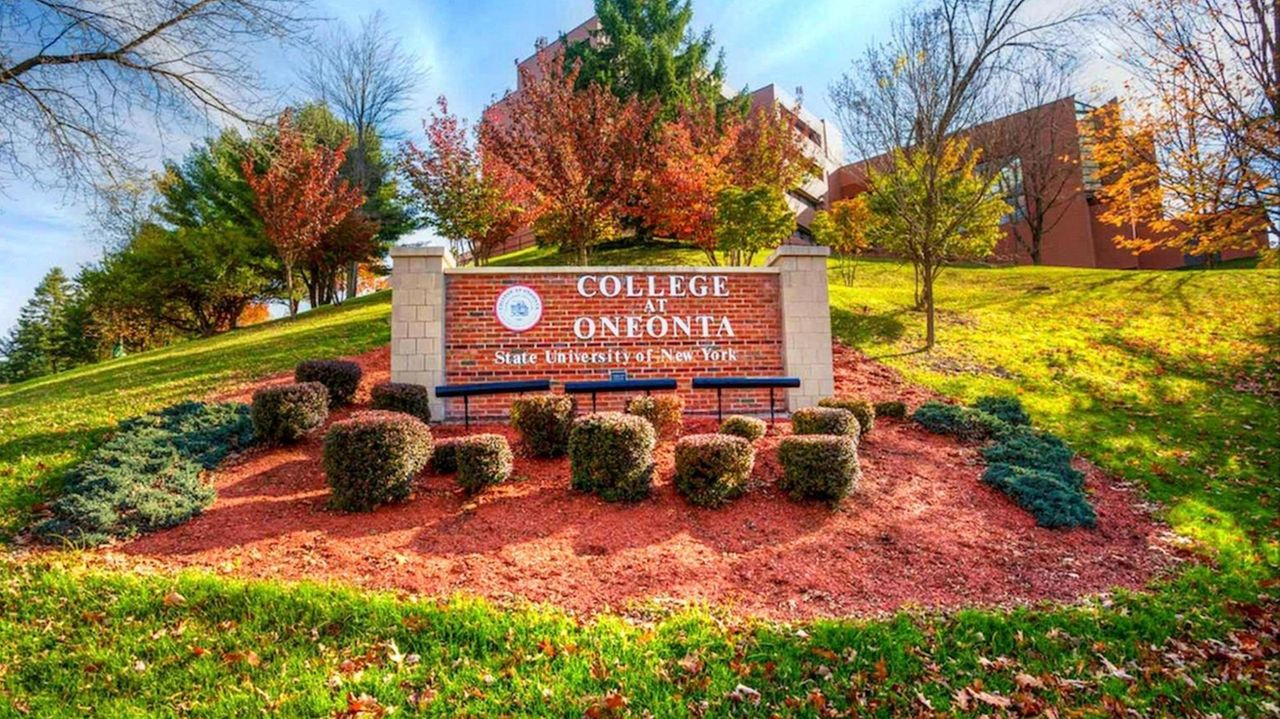 New York State will shut down SUNY Oneonta for two weeks of instruction after 105 students tested positive for coronavirus, as state health officials sought to manage the growing crisis and cited the presence of symptomatic students at large parties.

Gov. Andrew M. Cuomo on Sunday deployed a virus SWAT team to SUNY Oneonta to help handle the outbreak. The campus will be closed for two weeks and shift to remote learning, but students can stay on campus grounds with only "limited campus activity," according to a SUNY news release.

Jim Malatras, who officially starts as SUNY chancellor Monday, announced the closure in a Sunday morning conference call with Cuomo and reporters. That figure represents about 3% of the total student and faculty population who are on the upstate campus.

Malatras said officials were responding last week to "reports of several large parties of our students" at Oneonta. Initially, "because of those larger gatherings, there were several students who were symptomatic for COVID and upon testing, we found that 20 were positive for the COVID virus."

On Friday, a team from SUNY Upstate Medical University in Syracuse began testing the roughly 3,000 students at Oneonta. Also heading to Oneonta are eight case investigators and 70 contact tracers from the state Department of Health.

Five students were suspended for holding parties against the college's policy, and three campus groups were suspended, Malatras said. The campus was pursuing additional suspensions. Malatras, according to a SUNY news release, supports "maximum disciplinary actions against students ignoring guidelines as the increase in cases is directly related to students breaking safety protocols."

"We're taking this action because we think it's necessary in order to show folks that this can spread quickly, and we have to address it quickly," Malatras said on Sunday. "We understand students are coming back, we understand people want to party, but individual responsibility plays into the collective good."

"We're going to be tough on those students not because we want to ruin their fun, but this is a different time," he said.

According to news reports, the students gathered for a party on Lake Champlain at the closed Sailor’s Beach park and failed to socially distance and wear face coverings.

In announcing the Oneonta closure, Malatras and Cuomo issued a warning to college administrators in New York and across the country: Get a handle on the outbreak, or risk worse consequences.

Cuomo said the state could still shut down private colleges if the school or local health department is slow to take charge.

State officials are closely watching the colleges, which have been opening in recent days.

"Colleges are just showing what happens when you bring back a concentration of people, even with all the precautions, even with everything we know, because you still run into human behavior," Cuomo said. "If the students act irresponsibly, or the precautions are not in place, then the virus will spread, and then more dramatic action is going to have to be taken, and needs to be taken."

"I think the colleges are the canary in the coal mine," Cuomo said. "I think what we're seeing at colleges, we're going to see at the K-12 setting when those schools start to reopen."

Long Island students at Oneonta said they were frustrated both with their classmates for not adhering to social distancing guidelines and the college, for not setting stricter protocols, like testing students before having them come on campus.

Jenna Kachadourian, a 20-year-old junior from Bethpage, said without stricter guidelines and rules the spike in infections was “inevitable.”

“Honestly, it feels like you’re sending a bunch of socially-starved college kids up, who’ve been in quarantine for months at home,” said Kachadourian. “It was inevitable kids were going to be going out. The college was naive to think this wouldn’t happen.”

All of her classes had been online, and she and her roommates hadn’t been going to parties. She said since last night, main street in Oneonta has been a “ghost town” and she’s second-guessing her decision to come back to campus.

Gage Adler, 21, a criminal justice senior at Oneonta from the Town of Babylon, said Sunday afternoon there hadn’t been any communication from the administration about what the shutdown means, including whether on-campus dining would be open.

He said his big concern is that he won’t be able to walk in graduation.

“College is a big milestone for me. It’s the one thing I looked forward to,” he said. “I want to have family around, to celebrate my achievements. If it’s ‘here’s your diploma, it’s mailed to you’ — it’s not special.”

Long Island college administrators said they have been asking their students to abide by strict protocols. At Adelphi University in Garden City, students are asked to take "the pledge." At Hofstra, such practices are now enshrined in the student code of conduct.

Adelphi University spokeswoman Taylor Damian said in a statement that students have been asked to "take 'the pledge' to protect our community and to take the pledge seriously, acknowledging the role of personal responsibility in upholding safety, health and well-being." Those protocols include mask-wearking, maintaining six feet of social distance, and participating in daily health checks, Damian said.

"We are continuing to monitor closely statewide and county specific trends to ensure our community’s safety, ready to go remote if the situation dictates.”

Hofstra University spokeswoman Karla Schuster said in a statement that the school has "developed a comprehensive, multimedia education program to discourage high risk activities and encourage the campus community to follow our health and safety protocols."

Protocols such as mask-wearing, keeping social distance, and getting tested "have been codified in the University’s disciplinary codes, and are being enforced strictly to help keep our community safe, and allow us all to have a successful fall semester."

Also Sunday, Cuomo said 100,022 test results were reported to the state on Saturday, "the most tests that we have ever done in a single day." The infection rate was 0.69%, he said.

State Health Department Commissioner Howard Zucker said during the call that all respiratory illness-related deaths will be tested for coronavirus and for the flu.

"This will maintain the integrity of our data," he said.

Cuomo: Colleges seeing 100 COVID cases must shut downColleges in New York must shut down in-person instruction for two weeks if they have 100 cases of confirmed positives for COVID-19 or a number equal to 5% of their total student and faculty population, the governor said. Cuomo aide picked to run SUNY draws criticism and optimismWhen James Malatras becomes the 14th chancellor of the State University of New York on Monday, he will be only the second leader over 71 years to come from a governor's inner circle. Sign up for The Classroom, our education newsletterCoronavirus is changing education on Long Island. You have questions. We have answers. Sign up for The Classroom newsletter. Q&A: Doctors discuss buses, hygiene, parents as role modelsDr. Mark Jarrett of Northwell Health and Dr. Howard Balbi of Good Samaritan Hospital Medical Center discuss the biggest risks they see as schools get ready to reopen.