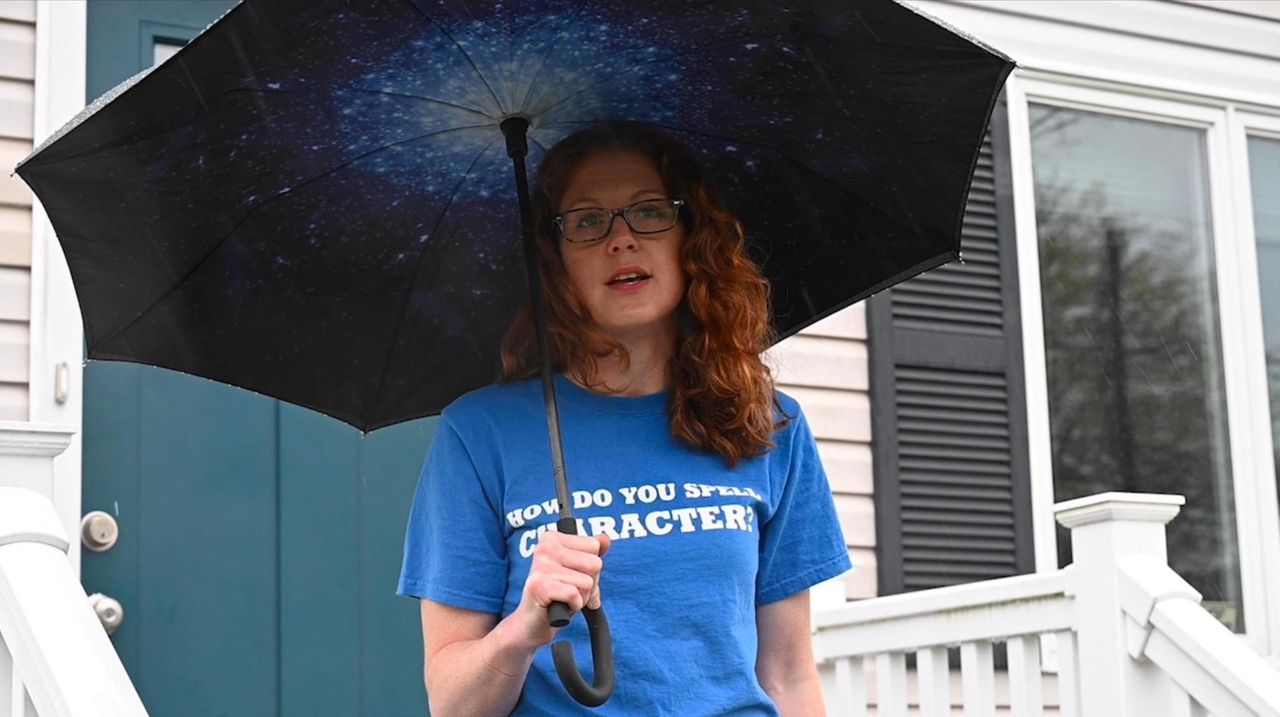 Patty Kolodnicki, a ninth-grade math teacher in Levittown, is against teacher evaluations being done for this school year. Credit: Danielle Silverman

State education leaders are pressing for cancellation of this year's teacher job evaluations on grounds that such ratings are virtually impossible to carry out, now that schools have been closed and tests suspended in response to the COVID-19 pandemic.

Supporters of statewide cancellation warn that time for a decision is running short, especially in the case of probationary teachers who, under law, cannot earn occupational tenure without formal evaluations. Such teachers are supposed to receive notice of whether they met tenure requirements around the end of April.

New York State’s evaluation system, known as Annual Professional Performance Review, or APPR, extends to about 250,000 teachers and principals statewide, including 40,000 on Long Island. Ratings are based on a combination of classroom observations and scores from student tests, neither of which can be conducted when schools are closed.

Patty Kolodnicki, a ninth grade math teacher in Levittown, noted that students now homebound across the Island are heavily dependent on laptop computers and Wi-Fi connections to complete homework assignments. Any breakdowns in technology can hurt students’ performance and teachers’ efforts to instruct, Kolodnicki observed.

“Students are facing serious inequities in terms of access to technology,” Kolodnicki said, referring to wide variations between the region’s 124 school districts in terms of high-tech capability. “For us to be evaluated based on a student’s situation right now would be completely unfair.”

Concerns over the digital gap between districts is reflected in results from a new poll of 1,200 parents sponsored by The Education Trust–New York, a Manhattan-based advocacy group. The survey found that 42% of parents in downstate suburban counties, which include Nassau and Suffolk, felt that lack of reliable high-speed internet service left them less than confident that their families could participate in distance learning.

In Albany, state education officials, including the Board of Regents, are urging Gov. Andrew M. Cuomo to issue an executive order suspending APPR requirements. Last week, the interim education commissioner, Shannon Tahoe, who reports to the Regents, said her agency had taken up the issue with a representative of the governor’s office, but that no decision had yet been reached.

Tahoe referred to the state's tenure system, which requires that teachers recently hired must successfully complete annual evaluations as part of four-year probationary periods, before obtaining job tenure. Under law, teachers are supposed to be notified 60 days before the end of the school year, on June 30, about whether they met such requirements.

“We are coming up against that time frame, so I think, you know, a decision on this would need to be made fairly shortly,” Tahoe said during an interview on WCNY, an upstate public radio station.

Betty Rosa, chancellor of the Regents board, also participated in the interview.

The push to cancel evaluations is the latest in a series of controversies that have dogged the APPR system since it was established in 2010.

Three years later, the state introduced rigorous new tests based on national Common Core standards, and scores from those tests became part of the evaluation system. Many teachers protested that tests had been rushed into place without adequate training.

Student failure rates climbed, triggering test boycotts which, at their peak, involved more than 50% of students in grades three through eight in Nassau and Suffolk. In 2019, state lawmakers responded by revising the APPR law and giving local school boards and their teacher unions greater control over choices of tests and approaches to evaluation.

Robert Lowry, deputy director of the New York State Council of School Superintendents, is among the educational representatives who hope the state will reach a timely decision on canceling this year's teacher ratings.

“It’s as plain as day,” said Lowry, whose group represents more than 800 local administrators across the state. “Districts cannot complete these observations.”