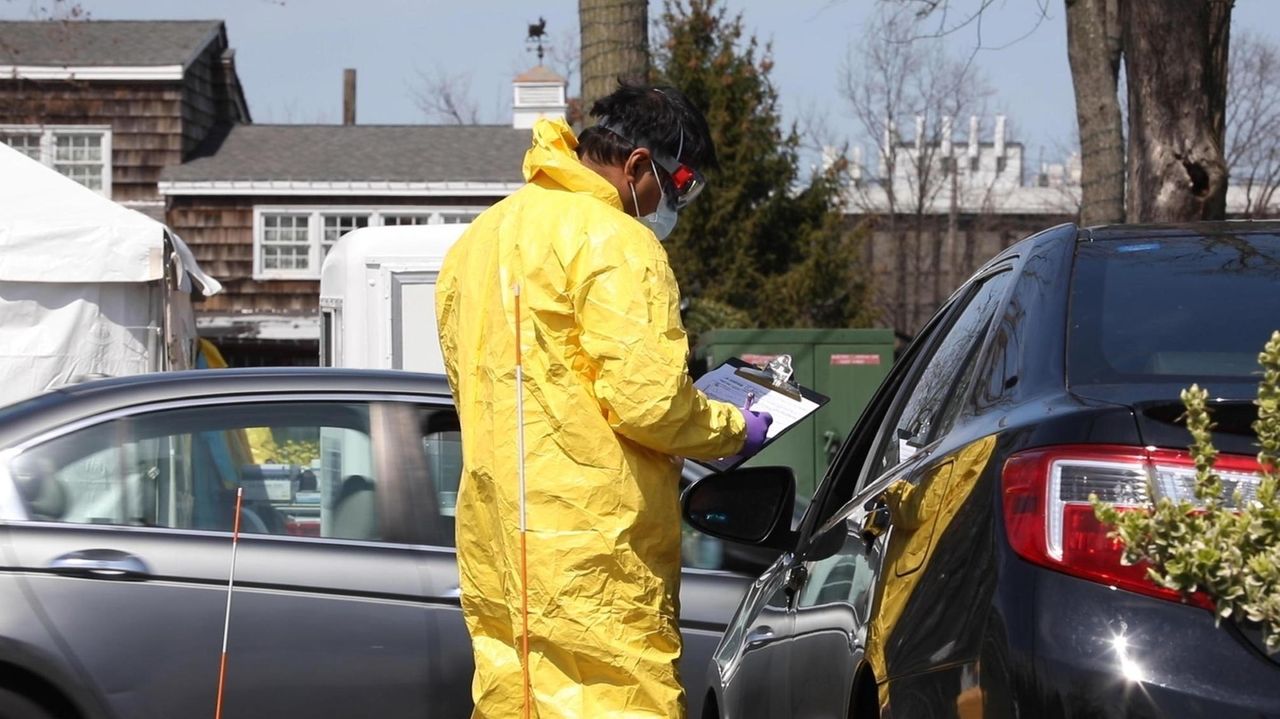 Not everyone who wants a COVID-19 test can get one. There’s certain criteria that must be met for those across Long Island seeking tests. Credit: Newsday / Raychel Brightman

Nassau and Suffolk counties have each topped 30,000 in the number of people tested for COVID-19, while urgent care centers using a rapid testing procedure continue to be flooded with people on Long Island and beyond.

According to data on the state Health Department website tracking COVID-19, 36,320 people were tested for the virus in Nassau as of Monday, with 16,610, or 45.7%, testing positive for the virus. The number of people tested in the county on Monday was 2,097, and of those, 994 tested positive, according to the state data.

Bruno said the state is not using the rapid test developed by Abbott Laboratories, based in Illinois. The lab's test was released to one chain of urgent care facilities on Long Island last week, with AFC Urgent Care being among the first in the nation to receive it.

“New York's Wadsworth Laboratory is not using the FDA EUA-approved Abbott ID Now test," Bruno said. "As part of our earliest response to the outbreak in New York, we developed our own test, which was approved by the FDA, and have been using it, as well as other FDA EUA-approved platforms."

Bruno did not address how long it takes to get results from the state's COVID-19 tests. Some people who were tested at the drive-thru testing site at Jones Beach, for example, have told Newsday they waited for test results for more than a week.

Demand for the rapid test developed by Abbott, which had received emergency authorization from the U.S. Food and Drug Administration, has been so great at AFC Urgent Care, which has centers in Farmingdale, East Meadow and West Islip, that they have switched from allowing walk-ins from patients seeking to get tested to appointments only. They have been doing about 100 tests per day since April 1, officials said. As of 3 p.m. Monday, about 2,000 rapid molecular tests had been given at the three locations.

Dr. Robert Levy, co-owner and a physician at AFC Urgent Care, said patients who sought out the center for rapid testing came "from as far as Queens and Brooklyn. All were symptomatic. We don't normally have patients driving from Queens and Brooklyn to see us."

Levy said about 50% of the people he alone has tested at the Farmingdale center have tested positive for COVID-19 since rapid testing began April 1.

Levy said when he was using the coronavirus test swab kits he received from Quest Diagnostics, it would take several days to get results — from four days to "over a week in many cases.” With the rapid test, he can get results in 15 minutes, often enabling him to tell the patient while they wait in the office. He noted a limitation, however.

“I don’t have a one machine per patient ratio, so if I see multiple patients in a row, there will be times when I have to wait to run that test," Levy said. "In those instances, we call them and we can also send them a secure email with their results.”

ProHEALTH system is testing patients who meet strict criteria at its 30 urgent care locations, as well as seven drive-thru sites throughout New York City and Long Island, a spokeswoman said. "To date, we have done more than 15,000 tests in the marketplace, of which approximately 20% have been through our drive-thru locations." Approximately 45% of the tests have come back positive.

See the percentage of LIers who are fully vaccinatedCheck the latest numbers on how coronavirus has spread in your community. What to know about the virus apex in NYWe answer key questions about this critical period for Long Island and the state. See in photos how the coronavirus is changing life on LI, in NYC during March 2020See the latest pictures from around the region during the coronavirus outbreak for the month of March 2020