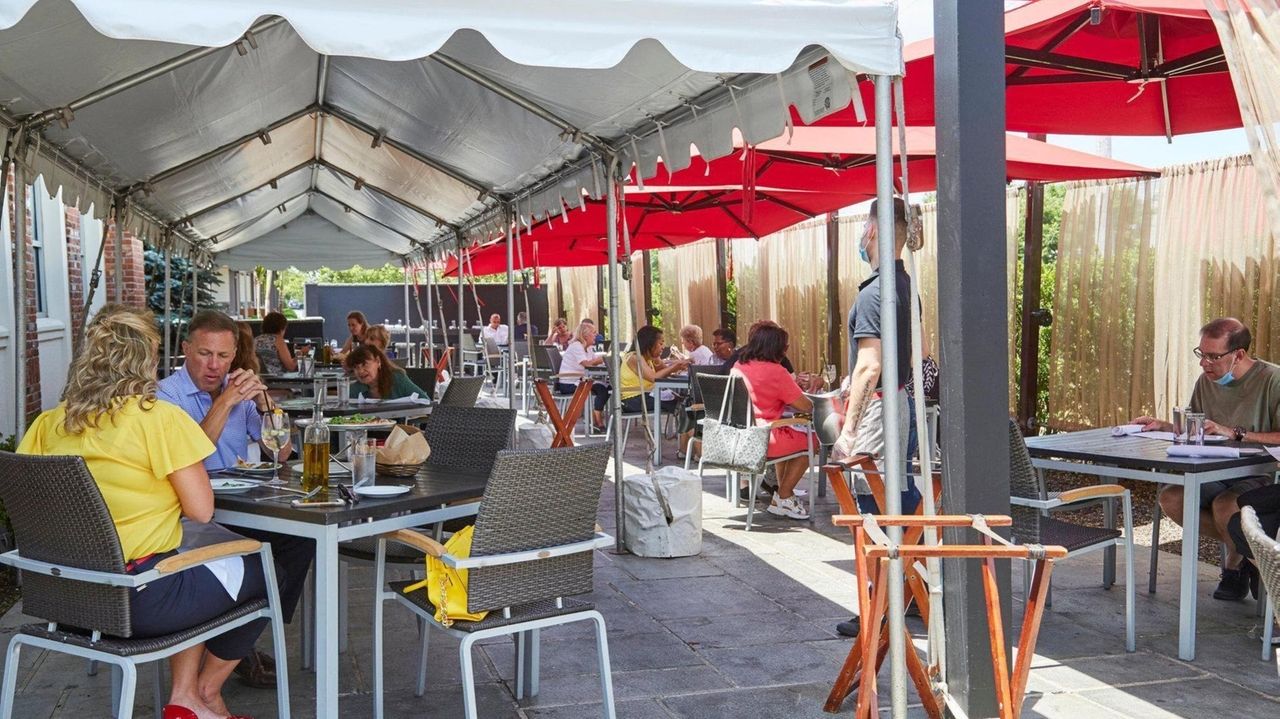 While New York State numbers continue to decline, other states are on the rise, and experts think it could be because they reopened too early and there is a greater risk of transmission indoors than outdoors. Credit: Newsday

The sharp rise in COVID-19 cases in states such as Florida and Texas illustrate the dangers of letting people pack together in places such as bars and movie theaters, and the need to take a cautious approach to reopening, health experts said.

Texas Gov. Greg Abbott on Thursday announced the state would "pause" its aggressive reopening after reporting more than 11,000 new cases in two days and a surge in hospitalizations. Florida reported that 30% of COVID-19 cases confirmed since the beginning of the pandemic have come within the past 10 days.

New York, meanwhile, has seen a continued decline in new cases, although there was an increase on Wednesday, the state reported Thursday. Gov. Andrew M. Cuomo on Wednesday imposed a 14-day quarantine on visitors from Texas, Florida and six other states with high transmission rates.

Most states with rapidly increasing caseloads have less-stringent rules than New York on social distancing and mask-wearing, including in indoor venues, and reopened more quickly.

Yet close, sustained indoor contact is especially risky, as evidenced by cases from an Oregon church that defied state restrictions and now, according to Oregon health officials, has 236 coronavirus cases.

“We see a lot of outbreaks related to big gatherings in bars and churches,” said Dr. Bettina Fries, chief of the infectious diseases division at Stony Brook Medicine.

Unlike in restaurants where people are seated at tables, in bars “structurally, it’s hard to separate people because there’s a lot of open space,” said Kristen Pogreba-Brown, an assistant professor of epidemiology at the University of Arizona.

As a result, people often crowd together with little regard to social distancing, she said.

When most businesses reopened in mid-May, Arizona imposed no restrictions on capacity for bars, gyms, hair salons, pools, theaters, restaurants and other venues — only recommendations. Amid rising caseloads — the number of new cases there increased more than 500% between mid-May and mid-June — Gov. Doug Ducey last week issued social-distancing requirements.

Guide to financial and legal help for small businesses

Ducey last week also lifted a regulation barring local governments from instituting requirements that residents wear masks, which are crucial to helping contain the spread of the virus, Pogreba-Brown said. A person without a mask could spread the virus to many people, she said.

A study published last month by the U.S. Centers for Disease Control and Prevention found that 87% of the 60 people who attended choir practice at a church in Washington State with a person with cold-like symptoms who later tested positive for the coronavirus became infected, and two died.

Some people emit more aerosol particles containing the virus than others when they sing or talk, and that could have contributed to the outbreak, researchers said.

In gyms, which New York officials announced this week would not open in Phase 4, people generally breathe heavily, also potentially increasing the amount of virus expelled from the mouth, and possibly putting at risk even people who are practicing social distancing, Pogreba-Brown said.

LI resource guide if you need financial, legal or other help

There is not yet enough data to indicate the risk when people stay more than 6 feet from each other in an enclosed indoor space, but are near each other for a long time, Pogreba-Brown said.

Even a short time with an infected person in a tight space like an elevator is risky, Fries said, because “the air can’t go anywhere.”

Much about the virus remains unknown, including what distance is best in which situation — “there’s nothing magical about 6 feet” — and how much touching contaminated surfaces contributes to the virus’ spread, said Anthony Santella, an associate professor of public health at Hofstra University and an expert in infectious diseases.

Outdoors, where the virus can disperse in the air, risks are lower, but not nonexistent, especially with sustained close contact, said Danielle Ompad, an associate professor of epidemiology at New York University.

People are unlikely to contract the virus by quickly walking past an infected person, she said. But, “If you’re passing one person every few seconds and they’re not masked and you’re not masked,” the risk rises, she said.

Outdoor protests against police brutality with hundreds and sometimes thousands of people close together have not yet led to a spike in cases in New York, nor have crowds in places like Huntington, Southampton and Manhattan outside bars and restaurants, or at countless backyard barbecues and other gatherings.

“It’s too early to say” if they ultimately will have an effect, Fries said, because it can take weeks for numbers to be reflected in positive test results and hospitalizations.

At the protests, many, but not all, participants wore masks, reducing the risk, Fries said. But many police officers did not wear masks, and protesters sometimes shouted, which increases the amount of aerosol and droplets with the virus that can be released, with some of it potentially going through masks, she said.

If there is a rise in cases because of more group outdoor activity, the state’s expanded reopening or other reasons, the increase likely will be lower than in other states, because New York was hit so hard by the virus early on, which means many people already contracted it and are likely protected, Fries said. That reduces the spread to the population as a whole, she said.

In addition, New Yorkers’ compliance with social distancing and mask-wearing is higher than in other states, Santella said. Yet the level of adherence is slipping, he said.

“I definitely see people being less compliant, and that makes me very nervous," he said. "We’re in pandemic fatigue. The weather’s nicer, schools are out. People are looking for the pre-COVID summer, and that’s not going to happen.”