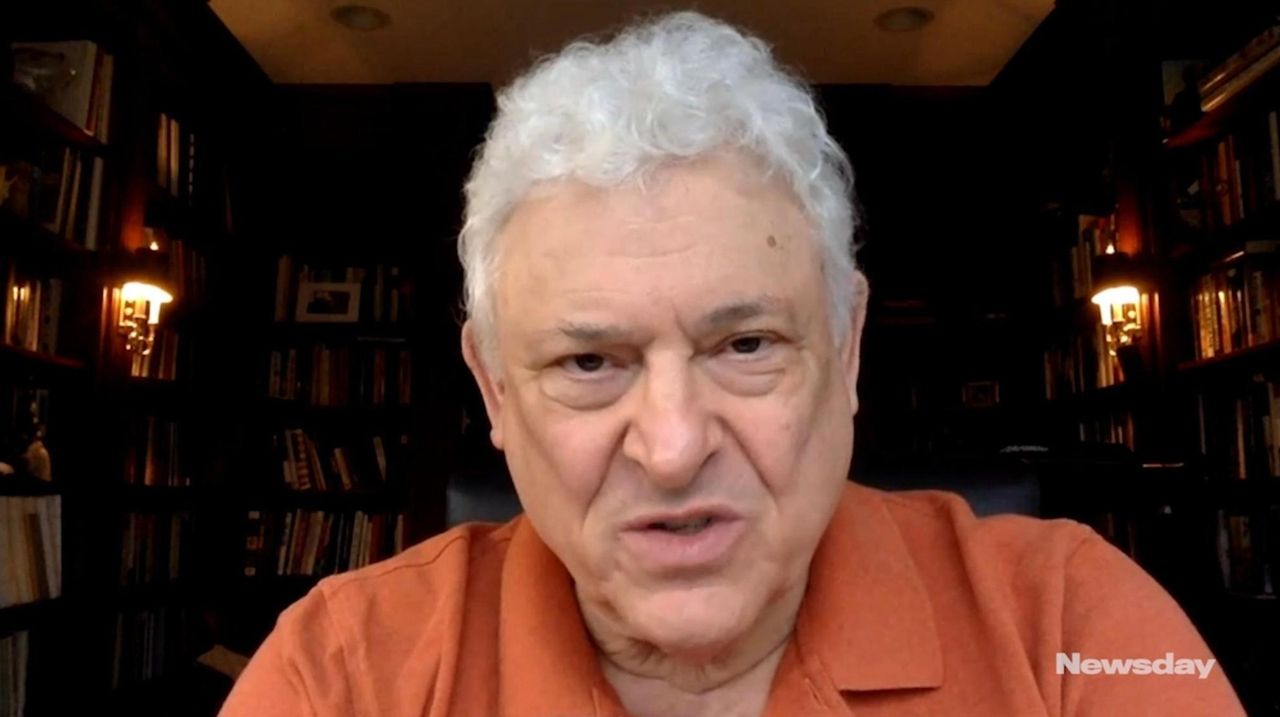 Life-and-death decisions about the use of ventilators and other vital medical equipment threaten to become a reality for Long Island hospitals caught in the grip of the coronavirus crisis with the number of patients needing intensive care outpacing the supply of devices.

Governor Andrew M. Cuomo on Wednesday reported that New York’s stock of ventilators — the machines that maintain life for the most seriously ill virus sufferers — had dwindled to a six-day supply based on how fast how doctors were using them to support patients. As the machines become fewer in number, physicians increasingly face the possibility of having to choose which patients to place on the machines and which not.

Dr. Art Fougner, president of the Medical Society of the State of New York, informed the group’s members on Thursday: “Based on information from Gov. Cuomo’s press briefings, along with communications from our member physicians, hospitals in New York are getting to the point where ventilators as lifeboats are reaching capacity. At this point, the most difficult decisions facing physicians will have to be made.”

In the worst-case scenarios, New York doctors in ICU units may have to resort to “triage” of desperately ill patients on ventilators -- particularly those who don’t appear to be recovering after more than 10 days -- and giving these breathing machines to incoming patients deemed to have a better chance of survival.

“In a pandemic, the decision you're talking about — removing people from ICU care, ventilators — will happen,” said Dr. Arthur Caplan, a nationally known medical ethics expert at NYU Langone Health.

“Most experienced people in ICU know who it is that’s not likely to come out of there, watching how they’re responding to the respirator. And they will make a call — because that’s the other way to free up resources, sooner than they would have under normal conditions — to move somebody away, let them go, let them die.”

Cuomo has warned for weeks that New York area hospitals will not have enough ventilators to care for coronavirus patients and others who need the machine to survive. Depending on the severity of the virus’s impact, Cuomo has projected that New York would need between 25,000 to 37,000 ventilators -- thousands more than presently on hand.

Long Island hospitals have said they are getting by on a daily basis but worry about getting overwhelmed by a surge of desperately ill patients needing life-saving equipment.

“Every day we look at the number of ventilators we have, and where they are being utilized the most,” says Renee McLeod-Sordjan, director of medical ethics for Northwell Health, a regional system with 23 hospitals, including those on Long Island such as North Shore University, Huntington and Glen Cove hospitals, as well as Long Island Jewish and Peconic Bay medical centers.

“Right now, people should be assured that if they come into any one of our hospitals, they are going to get that care.”

But if Northwell runs out of ventilators in the coming weeks, “triage” may become necessary, McLeod-Sordjan acknowledged.

“Should something like this ever occur, of course we’re going to look to the leadership of the governor with allocation strategies and the leadership of hospitals, and then triage committees and teams would make those decisions,” she explained. “And the community would be aware and that would be very transparent to any patient who came through our doors.”

McLeod-Sordjan said that Northwell currently has 937 ventilators in use throughout its system and has access to another 207 available. Northwell is also attempting to adapt anesthesia machines for use as ventilators.

At NYU Langone Health, another large hospital system whose facilities include NYU Winthrop in Mineola, the department head of emergency medicine advised about the potential for triage in an email reviewed by the Wall Street Journal. A spokesman for NYU Langone confirmed the email’s authenticity.

“In Emergency Medicine, we do not have the luxury of time, data, or committees to help with our critical triage decisions,” wrote Dr. Robert Femia on March 28. “Senior hospital leadership recognizes this and supports us to use our best clinical judgment.”

Referring to use of ventilators, he continued: “For those patients who you feel intubation will not change their ultimate clinical outcome (for example cardiac arrests, some chronic disease patients at end of life, etc) you will have support in your decision making at the department and institutional level to withhold futile intubations.”

At Mount Sinai South Nassau in Oceanside, also part of a regional hospital system, there is concern not only about enough breathing machines but also patients and families making end-of-life decisions in a rushed, crisis environment. In many cases, loved ones may be barred from visiting or say goodbye in person because of restrictions designed to prevent further spread of the virus.

“It is a tragedy of unbelievable height,” said Dr. Aaron Glatt, an infectious disease specialist and chair of Mount Sinai South Nassau’s Department of Medicine.  “I don’t think people realize how difficult it is in every hospital.”

During this crisis, all New York hospitals, including those on Long Island, follow guidelines about ventilator use that were set up in 2015 for a possible influenza pandemic by the state Health Department’s Task Force on Life and the Law, a long-standing group of medical, legal, religious and ethical experts.

At the time, State Health Commissioner Howard Zucker described the group as a roadmap for doctors and hospitals on “how to ethically allocate limited resources (i.e. ventilators) during a severe influenza pandemic while saving the most lives.”

In such emergency situations, the guidelines underline that “a patient’s likelihood of survival (i.e. assessment of mortality risk) is the most important consideration when evaluating a patient.” These factors can include "acute organ failure" and the "deterioration of overall health," the guidelines say.

Cuomo has said that no one will be pulled from a ventilator to make way for another patient, and underlined his concern for protecting the elderly like his mother Matilda.

Some doctors are seeking assurance that they won’t be held legally liable for “triage” decisions made with patients during this crisis. Though such lawsuits are unlikely, Caplan said, hospitals and doctors face extraordinarily difficult professional and ethical choices about “triage.”

“Generally speaking, while we have policies and [hospital] support, it’s the front-line doc who’s ultimately going to make the call,” said Caplan, speaking for himself as an expert and not NYU Langone Health as an institution.

Doctors and nurses will follow end-of-life directives, but traditional rules about trying to keep alive a failing patient may not be possible if ventilators become in short supply. This will be very difficult for families to hear, Caplan said.

“The doctor may say, ‘I’m trying to explain this to you and I want you to accept it, but to tell you the truth, we’re in such a crunch here that we’re not going to resuscitate this person’. That sounds really miserable and difficult and almost illegal, but I suspect under emergency pandemic circumstances, your ability to say, ‘I want everything, you can’t stop [the ventilator]’ is going to diminish, at least for a few weeks.”