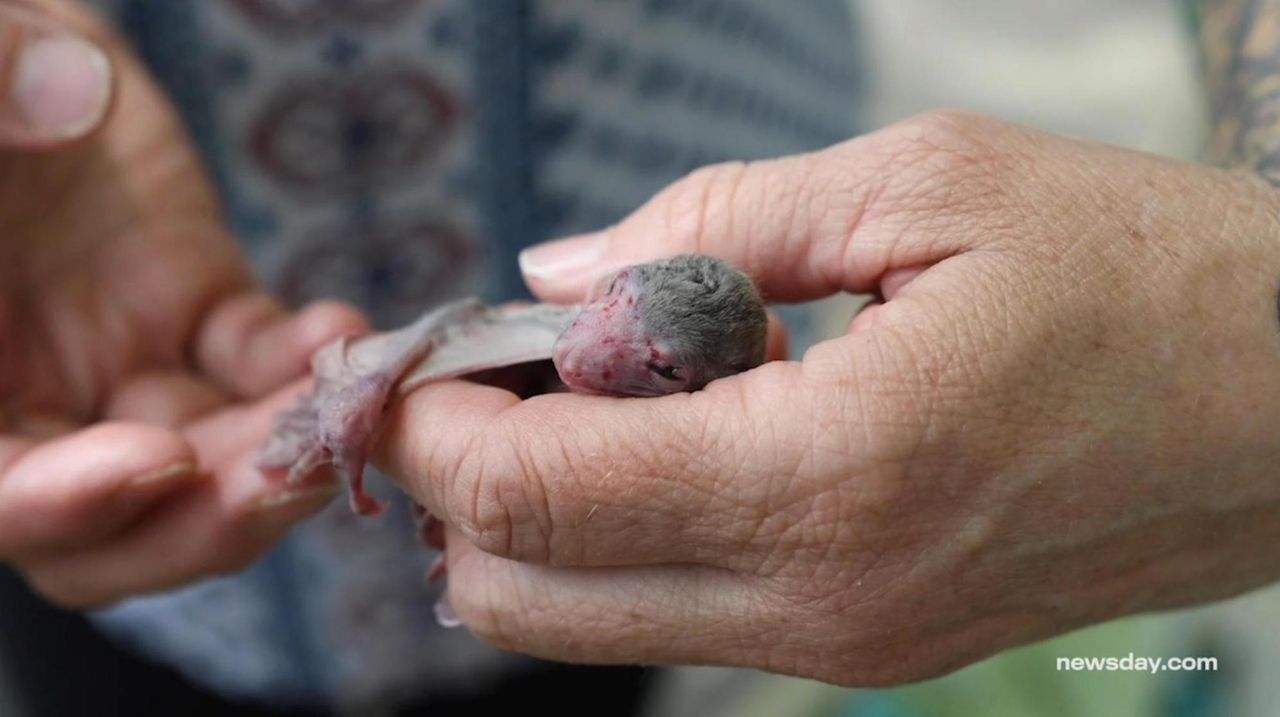 The Horvath family in North Massapequa has seen an increase in injured animals that need rehabilitation at their nonprofit, Wildlife in Need of Rescue and Rehabilitation.  Credit: Kendall Rodriguez

Mother Nature may be beautiful, but she is not always benevolent, many quarantine-weary Long Islanders are finding out this spring.

Volunteer wildlife rehabilitators Cathy and Bobby Horvath of North Massapequa have been flooded with calls over the past two months from people who are venturing out of their homes for walks and bike rides and stumbling across the bounty of spring baby season.

Some are dismayed to see fledgling birds hopping around on the grass and tiny bunnies huddled in backyard nests. In many cases, the animals aren’t injured or in distress and should probably stay put.

“So many more people are home right now,” said Bobby Horvath, a New York City firefighter who also is a wildlife rehabilitator licensed by the state Department of Environmental Conservation. “People are finding animals with their kids and they want us to fix them. We are trying to explain baby birds hopping on the ground don’t need fixing. They are being fed by their parents. It’s a lot of education, too.”

In recent weeks, the couple has rescued a seemingly endless menagerie, including owlets who tumbled from their nests, opossums orphaned after their mother was hit by a car and fox kits suffering from painful mange, along with a flock of hungry sparrows and starlings that have to be fed every 30 minutes.

They are often accompanied by their 12-year-old daughter Sadie, a veteran animal rescuer in her own right.

Their nonprofit, Wildlife in Need of Rescue and Rehabilitation, runs solely on donations without any government contracts. But they are often the first people who get the call when someone finds an injured swan, a sick hawk or some motherless critter.

While the COVID-19 pandemic has forced many wildlife centers to shut, WINORR is busier than ever.

“Baby season started early because we had a mild winter,” Cathy Horvath said. “All the animals were out there thinking it was spring. They started coming at the end of February, beginning of March, and it hasn’t stopped.”

One of the most uncomfortable tasks, they both agreed, is explaining the circle of life to people who watch helplessly as tiny songbirds are snatched from their nests by ravenous crows. Neighborhood dogs and cats also have been known to tussle with wildlife moms and their newborns, often with tragic results.

And they also have to warn well-meaning people that a dropper of water for a fledgling or removing a bunny from a nest could be a death sentence.

“Rabbits are prey animals and some will just have a heart attack,” Cathy Horvath explained. “Their mom will come twice a day and feed them.”

Young birds are pushed out of their nests, and they spend anywhere from seven to 10 days on the ground, as their parents bring them food and teach them how to hide in the bushes.

“During that time, they are growing their wing feathers fully and their tail feathers fully,” she said. “They fly from the ground up.”

One of their more exotic rescues this season is a brown booby, a large seabird native to Florida that has a big appetite.

“He’s in good shape but just exhausted from being blown off course by the wind,” Cathy Horvath said. “He’s eating great. We are just waiting for a nice day to get him back into the ocean.”

Meanwhile, he is happily scarfing down dozens of fish a day they are buying at a bait and tackle store.

If an animal does appear hurt, lethargic or there are signs of blood, people should place them in a vented box with paper towels but do not try to feed them, the couple said.

Reach out to them or other licensed wildlife rehabilitators.

“Keep it warm. Bring it to me,” Cathy Horvath said. “Don’t try to figure it out.”