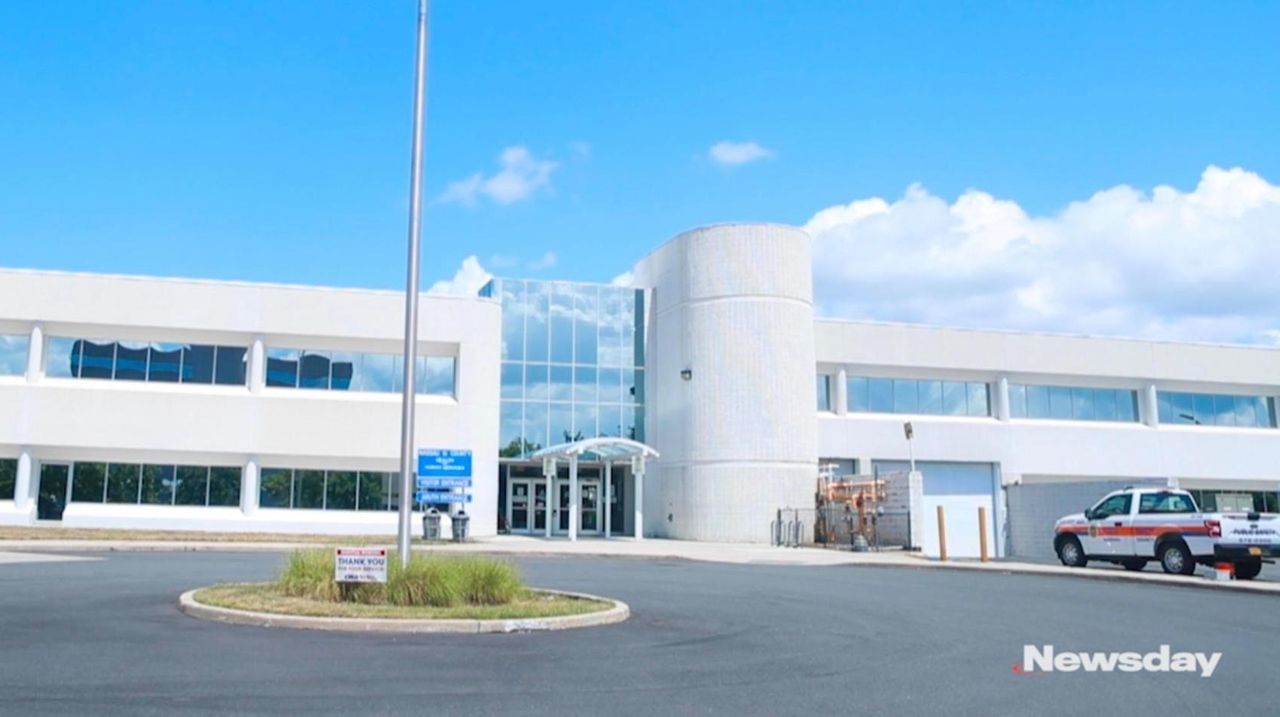 As offices across Long Island begin to reopen, employees weigh in on the new measures being taken to protect workers from COVID-19. Credit: Newsday / Raychel Brightman

Workers across a broad spectrum of businesses on Long Island have returned to buildings with cubicles spaced farther apart, Plexiglas partitions installed to separate office workers from the public, and employees wearing face coverings.

Businesses and county governments also are allowing workers to come in on alternate days — and continue to work remotely — as the nation awaits the development of a vaccine for COVID-19, the disease caused by the coronavirus.

Call it the new normal.

Long Island is in Phase 3 of the reopening, allowing more businesses to operate, such as nail salons and spas, as well as limited indoor restaurant dining. But the challenges are substantial, as the surge of cases in states such as Texas, Arizona and California have shown. There were more than 50,000 new cases a day last week as the nation set successive single-day records.

As the Island grapples with bringing workers back safely, a union official said Nassau County was not prepared to bring hundreds of Department of Social Services employees back June 24. Jason Perkowsky, a Child Protective Services worker in Social Services, said officials were not ready for the challenges.

Even with workers coming into the office in Uniondale on alternate days, "It's too dense," said Perkowsky, who is the Department of Social Services' unit president for the Nassau County CSEA Local 830.

"There's too many people there at once," he said. "They’re doing their best to space things apart," but some areas were still crowded, he added. "A desk could be in a high-traffic area. I’m hearing that clients come in without masks."

Perkowsky said there also was a lack of communication to workers about personal protective equipment, "where to get PPE, who to get if from, how much — these things haven’t been communicated."

"They may have had a plan, but it doesn’t seem like it’s been executed well," Perkowsky added. "People are very upset. They don’t think they’re being respected."

Perkowsky said the building lacked disinfectant wipes to clean commonly used office equipment, such as printers and copiers; Plexiglas dividers in many areas where staff conduct client interviews; and social distancing floor markers in some areas. He said plastic glass had been installed in one customer service area, though.

Social Services Commissioner Nancy Nunziata acknowledged the lack of disinfectant wipes, and the need for more plastic glass dividers and floor markers. She said that was because those items were in short supply — and the county was waiting for its orders to be filled.

Nunziata added that stopgap measures were undertaken in the meantime. In lieu of the wipes, she said two gallon-size jugs containing NYS Clean hand sanitizer and paper towels were available in a main office to use to wipe down equipment. But Perkowsky said there were no paper towels when he looked.

Nunziata said Perkowsky was "inaccurate" in his view that anywhere from 850 to 1,000 people are working in the building. "First of all, under the governor's order, we have to be at 50% capacity at any given time," citing the "A-B rotation" under which some staff alternate their days of coming in to the office and working from home.

Nunziata said to account for social distancing, the department relocated 170 workers to another floor in the building where there was more space to spread out desks. Even with these changes, she said, officials belatedly learned that as people were clocking out, workers — while adhering to social distancing — were lining up near other workers' desks and making those workers feel uncomfortable.

"It’s not like something we ignored. We didn’t realize that," Nunziata said. Now, the plan is to put up dividers to redirect the flow of movement.

Nunziata said staff returning to the office were provided with five cloth face coverings and a 2-ounce bottle of hand sanitizer. And 1,400 surgical masks and other protective equipment, such as N95 masks and gowns and gloves, are available for CPS workers going into homes when needed. She added that anyone coming into the building and not wearing a mask was provided one by public safety.

The building has been cleaned every night through the pandemic and undergoes an "antiviral spray misting" once a week, Nunziata said. Additionally, she said, "We’ve been paying for an extra person every day. They sanitize all high-touch areas, such as doorknobs, printing machines, copiers. We started doing this at the beginning of the COVID crisis."

Nunziata said she is scheduled to meet with Perkowsky and CSEA Local 830 Union president Ron Gurrieri to discuss the issues Perkowsky raised. Gurrieri said Nunziata had "never been an obstructionist." He added, "We have to go in and look at the whole picture … [and see] where the pitfalls lie, and how we correct them before the rest of the people come back."

In Suffolk County, the return appears to have gone better.

Dan Levler, president of the 6,000-member Suffolk County Association of Municipal Employees, said "There’s [been] a lot of cooperation and collaboration between the union and management to get this process to work. A lot of time was spent thinking about what reopening would look like and how best to implement it."

Ryan Blake, who works for Suffolk's Department of Human Resources Personnel and Civil Service in the William J. Lindsay County Complex in Hauppauge, had been working remotely until June 29. He said there was "some anxiety" in coming back to the office, but he was pleased to see people following the protocols.

"Whenever we get up and go anywhere, we have face masks on," he said. "People have been pretty consistent wearing face masks. That’s nice to see."

Retha Fernandez, Suffolk County's chief diversity and inclusion officer, said that in the weeks before she returned to the office June 23, "Just the thought of coming back did give me some anxiety."

She works in a building at the Lindsay complex as well. But as she saw New York and Long Island "flatten the curve" with vastly lower rates of new infections, hospitalizations and virus deaths, "I was OK."

"Most of us have our own offices," Fernandez said. "When I’m at my desk in front of my computer, I have my mask off. As soon as anyone comes to my door, I put it on. If I have to walk around anywhere, I have it on.

"From my perspective, the county and our personnel officer did a great job, in terms of allaying concerns in coming back. I think it was important in messaging and providing equipment to feel safe," she said, citing county-provided face masks and hand sanitizer.

Libraries and other businesses also have begun to reopen with new looks.

At the Elmont Memorial Library, plastic glass dividers were installed, and patrons — who were allowed back in the building June 29 — are limited to 50 at a time, as the library has expanded operations beyond providing curbside pickup of books. Appointments must be made to use library computers.

"We’re positioned socially distanced. Everyone’s wearing masks. We're taking precautions," said Susanne Weiss, the library's marketing and public relations specialist. "Plexiglas shields are up at the circulation desk, at reference desks, anywhere they would actually have to speak to somebody."

Bert Lurch, chief executive of the medical billing firm E Central Medical Management in New Hyde Park, is watching other businesses. He said there are probably 10 people in his office at any one time. Before the state lockdown, there would be about 30.

"I want to see if there’s any adverse effects with the reopening" in other places, he said.