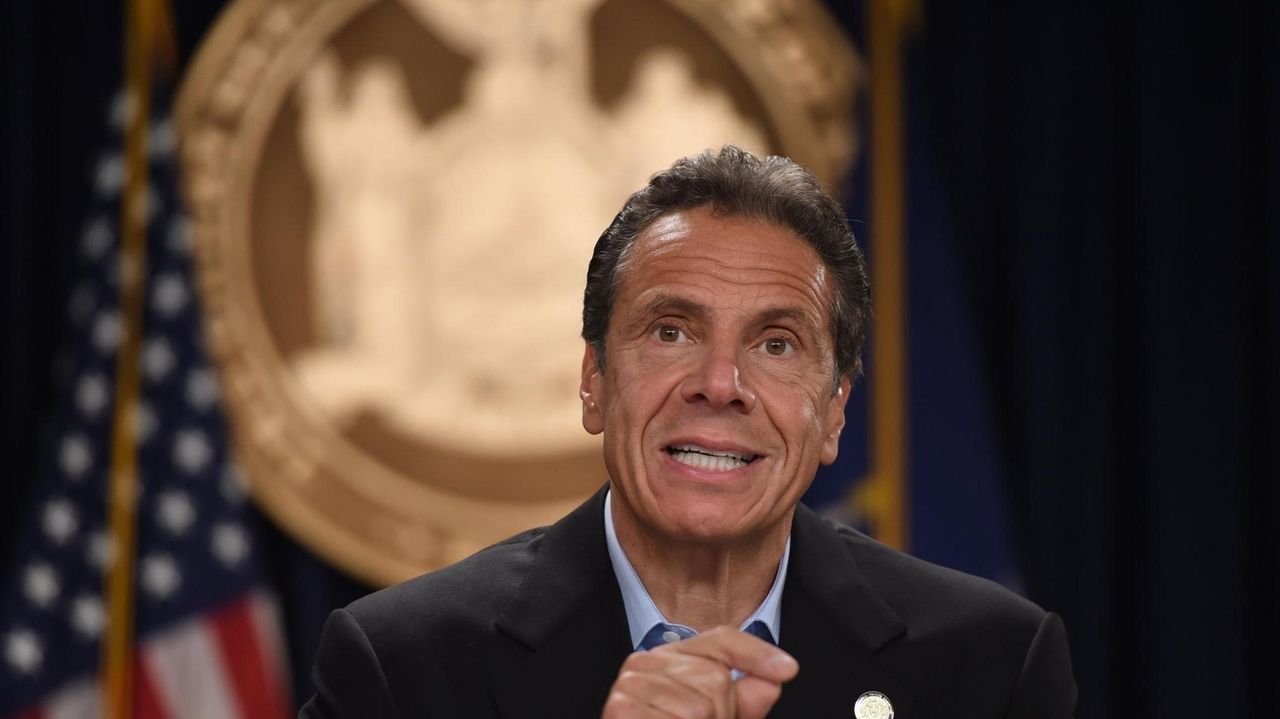 Gov. Andrew M. Cuomo announced Sunday that New York will ban the sale of flavored electronic cigarettes beginning next month, saying the products put young adults in danger of being lifelong addicts to a dangerous habit.

Cuomo said the state's health commissioner, Howard Zucker, will call on the state Public Health and Health Planning Council to enact the ban, perhaps as soon as Oct. 4, and declare flavored e-cigarettes a public health crisis.

The declaration will not require legislative approval, the governor said, and it could be the first such prohibition nationwide if put into effect by that date. Michigan Gov. Gretchen Whitmer banned flavored vapes in her state earlier this month, but that ban will not go into effect for a few weeks.

Cuomo blasted manufacturers of electronic cigarettes at a news conference in Manhattan Sunday, saying the companies try to get young people addicted to their products. “Vaping is dangerous,” Cuomo said. “It is addicting millions of young people to nicotine at a very early age.”

Cuomo’s announcement comes after federal health officials have linked hundreds of illnesses and a half-dozen deaths nationwide to vaping products. Long Island hospitals said they are aware of at least 19 cases, including two near-deaths, over the past few years that are believed to be associated with vaping.

President Donald Trump announced last week that the Food and Drug Administration would issue a nationwide ban on the sale of flavored e-cigarettes. He seemed to pull back from that stance, however, in a tweet on Friday, when he said the focus should be on eliminating counterfeit vaping products from the market.

The state Department of Health estimated that nearly 40 percent of high school seniors and 27 percent of high school students in New York are using e-cigarettes, which come in flavors such as cotton candy and bubble gum. The governor called the marketing of the products a business strategy that guarantees profits for the companies and health problems for many consumers.

“They want to get them young, the way they did with cigarettes,” Cuomo said.

Gregory Conley, president of the American Vaping Association, an industry organization, disagreed, saying in a statement: “Contrary to Gov. Cuomo’s rhetoric, flavors are not marketed to children. Fruit and sweet flavors are the most popular flavors with adults and ex-smokers in the U.S. and U.K.”

Juul, the dominant company in the e-cigarette industry, said it no longer sells flavored vaping products in retail stores.

"We strongly agree with the need for aggressive category-wide action on flavored products," spokesman Austin Finan said. “That is why we already stopped selling our non-tobacco/non-menthol based JUULpods to traditional retail stores, are fighting against counterfeit and compatible products made with unknown ingredients under unknown manufacturing standards, and will fully comply with local laws and the final FDA policy when effective.”

Cuomo acknowledged vaping can be helpful for people trying to quit smoking, but he said it should be used only as a last resort for smokers who have tried patches, gums and other smoking-cessation methods.

The American Lung Association said the ban does not go far enough, and called on the state to ban nicotine-flavored products, too.

“The Lung Association opposes today’s announcement by Governor Cuomo regarding flavored e-cigarettes in New York,” said Harold Wimmer, president and CEO of the association. “The Governor had the opportunity to take decisive action, but instead left menthol e-cigarettes on the marketplace. While today’s announcement was well-intentioned, it will drive our youth to use menthol flavored products in even greater numbers.”

Sunday’s announcement is the latest move by the Cuomo administration to limit young people’s access to e-cigarettes. He directed the state health department to investigate companies that produce vaping substances last week, and in July he signed into law a bill that raises the legal age to buy the products from 18 to 21. That law is effective Nov. 13.

The New York State Police and the Department of Health will immediately crack down on retailers who sell vaping products to underage consumers. Retailers who are caught selling the products to kids could lose licenses to sell beer, alcohol, lottery tickets and other products, the governor said.

Cuomo accused Trump of bowing to lobbying efforts by e-cigarette manufacturers and said New York State can’t wait for the federal government to act. He likened Trump’s change in tone to his reaction to mass shootings in El Paso and Dayton. The president called for expanded background checks after those deadly incidents, but pulled back his support under pressure from the National Rifle Association.

“I believe their money can buy Washington,” Cuomo said of e-cigarette companies and lobbyists. “So what do you do? Let the state act.”

Cuomo said he would not be surprised if the ban is challenged in court. “This is big money,” he said.