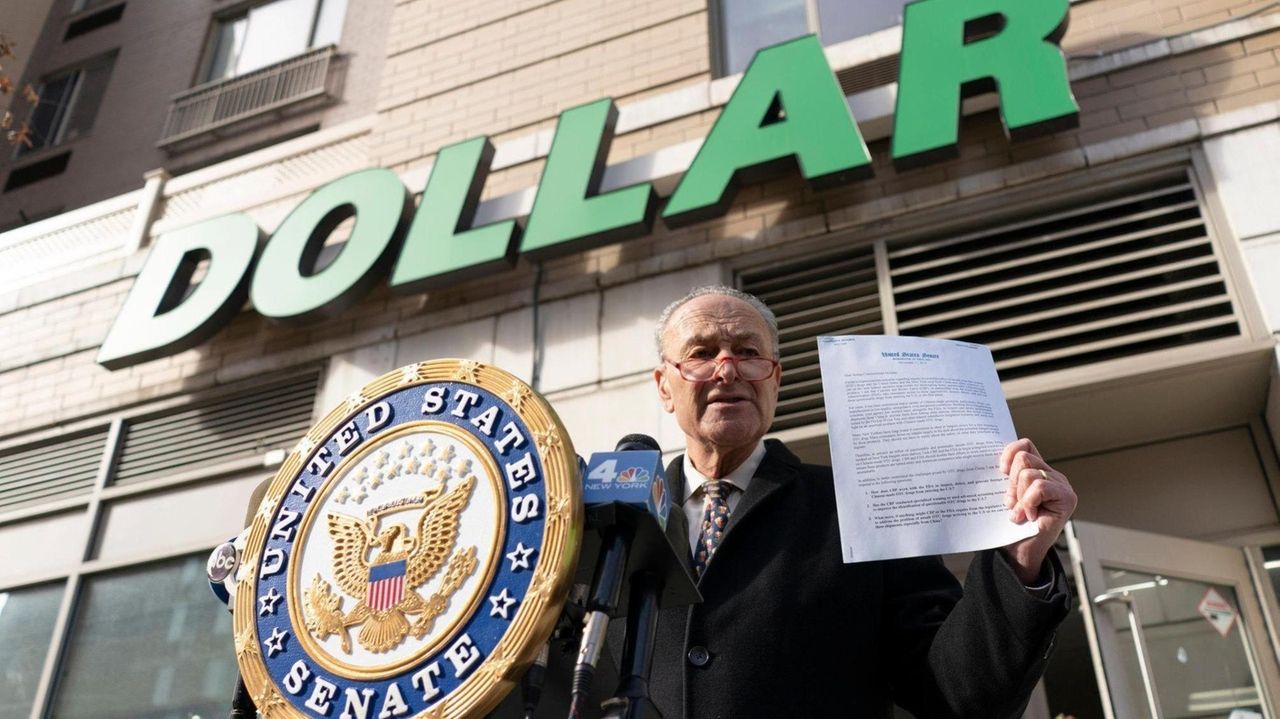 Sen. Chuck Schumer on Sunday called on bargain stores on Long Island and in New York City to stop selling Chinese-made, over-the-counter medications that may contain harmful materials and urged the federal government to prevent the products from entering the country.

Low-quality skin creams, acne pads, cosmetics and other medications made in China could cause infections, nausea or dizziness, the senator said, but they nevertheless may be on the shelves of the 170 Dollar Trees and Family Dollars that are open in the five boroughs and on Long Island, including 71 stores in Nassau and Suffolk counties.

“You figure if you're buying something without a prescription, it's safe and it's good,” said Schumer (D-N.Y.), standing before a Dollar Tree in upper Manhattan. “That is not necessarily the case when it comes to some of these products.”

Schumer’s appeal came two days after the U.S. Food and Drug Administration warned Dollar Tree and Family Dollar of the dangers posed by some of the Chinese-made, over-the-counter medications those stores sell.

“What makes it even more serious is we don’t exactly know which ones might be dangerous because China has such poor labeling, you don’t know what they put into each of these drugs,” he said.

Representatives of Dollar Tree and Family Dollar did not immediately respond to requests for comment.

Schumer also called on U.S. Customs and Border Protection to ramp up efforts to prevent such imports from entering the country.

In a recent letter, Schumer asked acting CBP Commissioner Mark Morgan “to begin a targeted crackdown” on the drugs.

“CBP and FDA should double their efforts to work hand-in-glove to ensure these products are turned away and American companies who might receive them are held accountable,” the letter reads.

Representatives from CBP did not immediately respond to a request for comment.