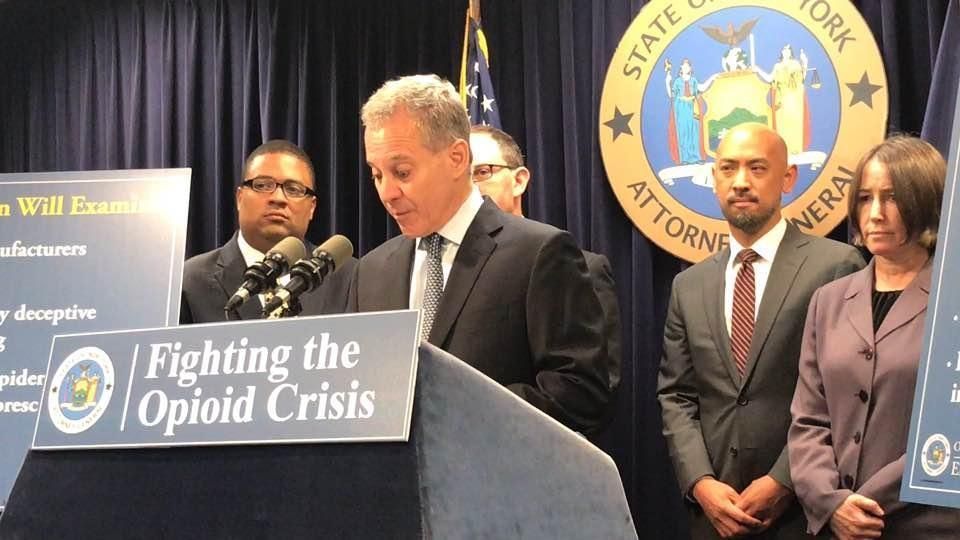 New York and 40 other states have demanded documents from opioid manufacturers and distributors as part of an investigation into whether the companies are to blame for users’ addiction to prescription painkillers.

Referred to as a “deep dive” by New York State Attorney General Eric Schneiderman, the probe will review the firms’ incentives and marketing materials and scrutinize whether suspicious activity is being reported adequately, he said Tuesday at a news conference in his Manhattan office.

“If there has been misconduct, we will proceed to litigation,” said Schneiderman, who declined to release copies of the subpoenas.

Among the questions for which state attorneys general are seeking answers, according to Schneiderman’ office: Did the industry promote opioids for nonsuitable purposes? Were marketing materials deceptive about opioids’ potential to hook users? Also, what was the availability of alternatives and why is it “harder than it should be” to get less addictive forms of pain relief?

In a statement, Teva officials said they are “committed to the appropriate promotion and use of opioids” and to “collaboratively find solutions.” Cardinal’s statement said the company has “long supported state and federal efforts to fight the opioid epidemic and believe more can and should be done to strengthen initiatives that aim to stem the crisis.”

According to Schneiderman’s office, prescription and illicit opioids are the primary cause of drug overdose deaths in the United States.

Statistics from the federal Centers for Disease Control and Prevention show that opioid overdoses, including heroin, have quadrupled since 1999, Schneiderman said.

Among New Yorkers between 15 and 44 years old, the drugs account for 32 percent of deaths in Nassau and 27 percent in Suffolk, Schneiderman’s office said.