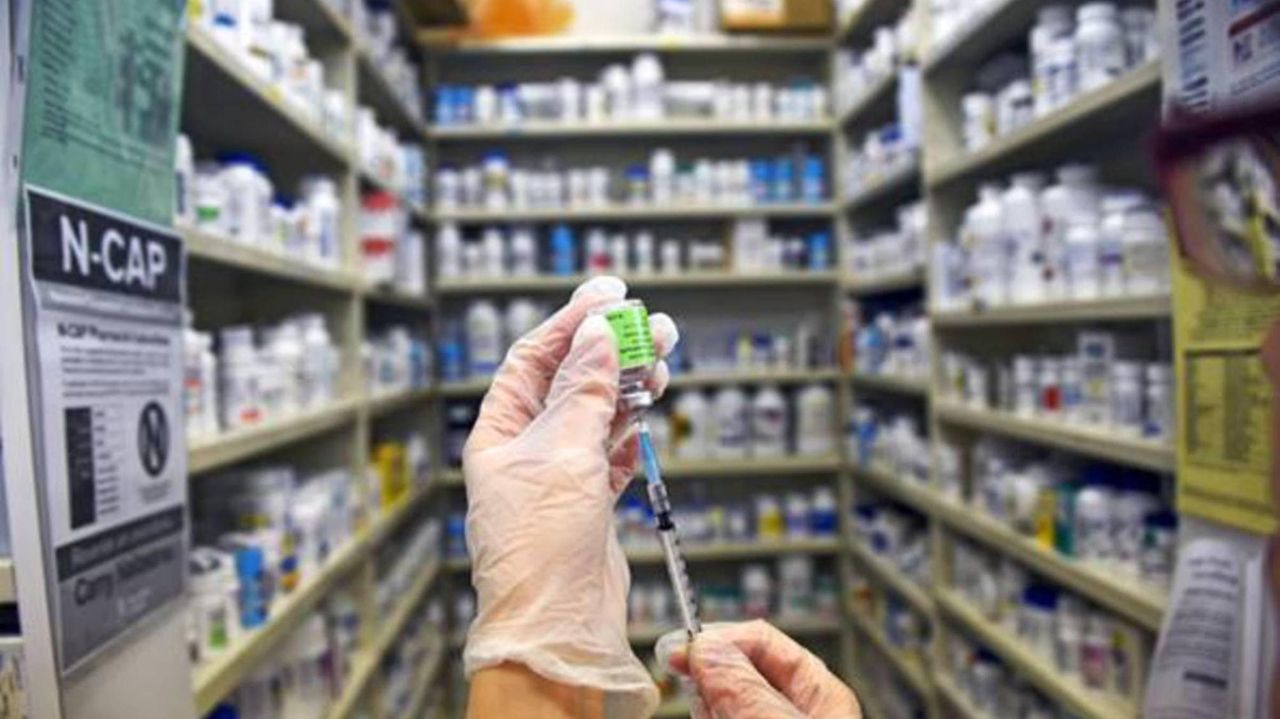 While many worry about coronavirus, the seasonal flu has been storming across the country. The CDC estimates 19 million flu illnesses, 180,000 hospitalizations and 10,000 related deaths so far — 68 of them children. And the flu seems to be aggressive in New York State, with more than 15,000 new cases reported by Jan. 25, more than double last year’s by the same week. Credit: Howard Schnapp

While everyone has been focused on the 2019 novel coronavirus outbreak, the seasonal flu has been storming across the United States.

There have been at least 19 million flu illnesses, 180,000 hospitalizations and 10,000 deaths from the flu since October, according to the U.S. Centers for Disease Control and Prevention. Those figures compare with 11 confirmed cases across the country for the new coronavirus believed to have originated in China.

“We are in the midst of a major flu epidemic,” said Dr. Aaron Glatt, chairman of medicine and chief of infectious diseases at Mount Sinai South Nassau hospital in Oceanside. “People don’t realize how serious this illness is.”

Glatt pointed to CDC statistics that show 68 influenza-associated deaths in children so far this season.

“That’s high for this point in the season,” he said.

Influenza, a contagious respiratory illness, can cause serious complications in young children, the elderly and people with certain health conditions.

The 2019 novel coronavirus, or 2019-nCoV, has captured the attention of the world with daily reports of illness, deaths and quarantines as health officials try to contain the outbreak.

The new coronavirus, a respiratory illness, was first detected in Wuhan, China, less than two months ago. The World Health Organization reported there are 24,554 confirmed cases of 2019-nCoV across the globe and almost 500 deaths associated with it. The majority of those cases are in China, although the virus has spread to more than two dozen countries, including the United States, which currently has no fatalities.

In New York, State Health Commissioner Dr. Howard Zucker said there have been 70,000 cases of the flu to date, including four pediatric deaths.

“And if you look globally, during any average flu season, there are usually about 4 million people who will get the flu,” Zucker said during a news conference with Gov. Andrew M. Cuomo on Sunday. “So I think it is really important to just keep this in perspective.”

Dr. Kevin Reiter, associate medical director of Northwell Health Go Health Urgent Care, said staffers are handling lots of questions about coronavirus while the centers are busy with patients who have the flu.

“We are definitely seeing an uptick over the last week or two in flu activity on Long Island,” said Reiter, who oversees the urgent care centers in Nassau County. “The people we are seeing are mostly unvaccinated. If they are vaccinated and get the flu, the flu is usually a bit milder.”

Flu, unlike the coronavirus, is caused by influenza viruses. While there is no vaccine for the 2019 novel coronavirus, there is one for the flu. Health experts want more people to take that preventive step of vaccinating.

“The [flu] vaccine is not perfect, but it is a very highly recommended, good, safe vaccine to prevent terrible consequences,” Glatt said. “It’s underutilized by the public and by people in health care.”

Hospitalization rates among children and young adults is higher at this point in the season than in previous years, the CDC reported.

Experts say it’s unclear when the flu season will peak, but in previous years, New York has seen the largest number of cases in February.

“We advise people it is still worth getting the vaccine,” Reiter said. “There is no way to predict how long the season will extend.”