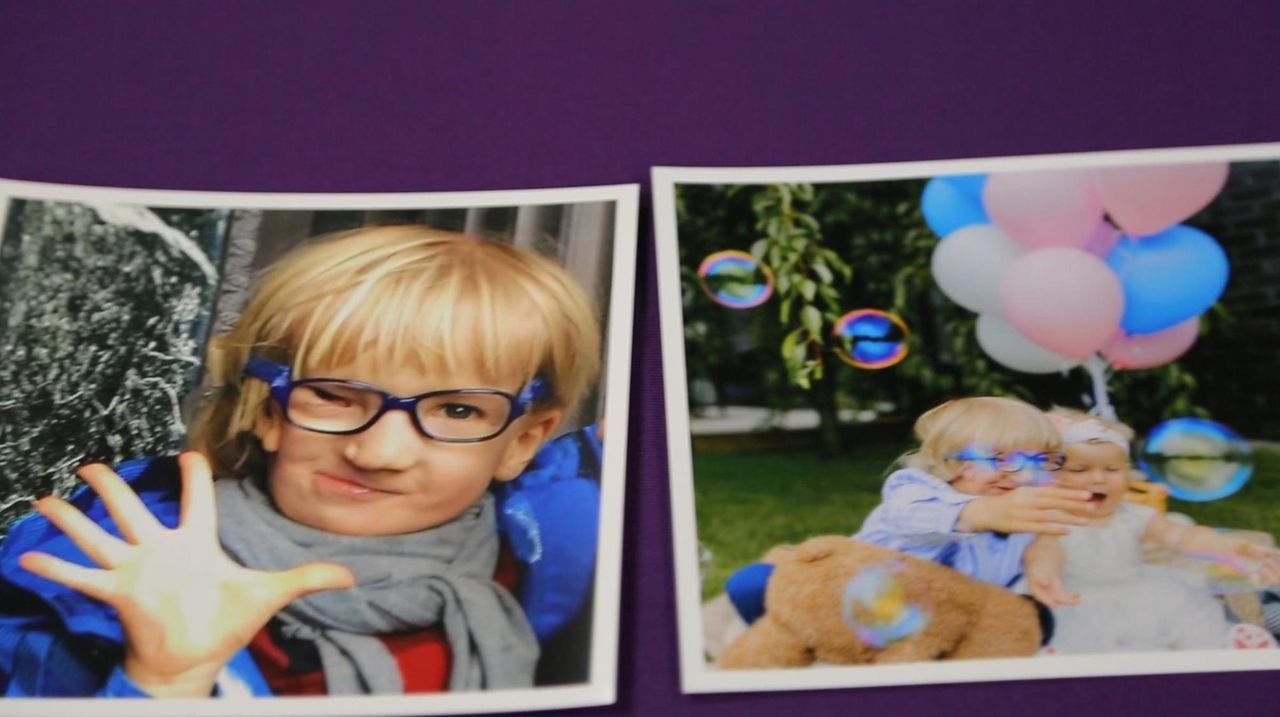 A 5-year-old boy from Lithuania can finally breathe on his own, after Long Island doctors successfully completed the first of several facial surgeries.

Rokas Zalaga, of Kaunas, Lithuania, was born with Goldenhar Syndrome, a condition that affects eye, ear and spine development, and also with a cleft lip and palate. He underwent reconstructive facial surgery at Cohen Children’s Medical Center on March 19 at no cost to his family.

“We have great doctors back home, but we are just a small country — there simply isn’t the experience available to help children with Rokas’ issues,” his mother, Ruta Zalage, said in New Hyde Park on Wednesday. “We can’t say enough how happy and thankful we are.”

After Rokas was born, he had several surgeries in Europe that attempted to correct his cleft lip, but not all were successful, Zalage said. He still had a hole in his palate, and he lacked an ear and a jaw bone — making eating, breathing and speaking a struggle.

By day, Rokas was able to play with Legos and play Nintendo games with his father, breathing with assistance from a tracheostomy — a hole in his trachea, but at night he battled persistent sleep apnea, his mother said.

“He has a constellation of medical conditions that aren’t typically associated,” said Dr. Vincent Parnell, surgeon in chief at Cohen Children’s, which is part of Northwell Health. “It’s likely he will need multiple procedures in the future, and we’re committed to taking him through that entire journey.”

A childhood friend of Zalage’s had a connection to a New York doctor, and through her, Rokas and his parents connected with NextGenFace and Northwell Health. NextGenFace is a New York-based organization that helps children with craniofacial problems get access to medical care.

Without a right jawbone, Rokas’ tongue didn’t have enough support and blocked his airway. Bradley removed one of Rokas’ ribs to create a new jawbone, allowing Rokas to breathe and sleep without assistance, and relocated fat from his abdomen to fill facial depressions, he said.

“Rokas never complained through it all. He was extremely brave,” Bradley said. “He’s become our hero here at Cohen.”

The family will return in six months for another surgery, this time to reconstruct Rokas’ ear, eyelid and palate, he added.

Before the family left, Bradley presented Rokas with a Spider-Man figure and a surprise visit from the superhero himself, Rokas’ favorite.

Zalage called the surgery “a miracle,” and is excited to see her son have a chance at a pain-free childhood.

“It feels great as parents to know Rokas is getting the medical care he needs,” she said.