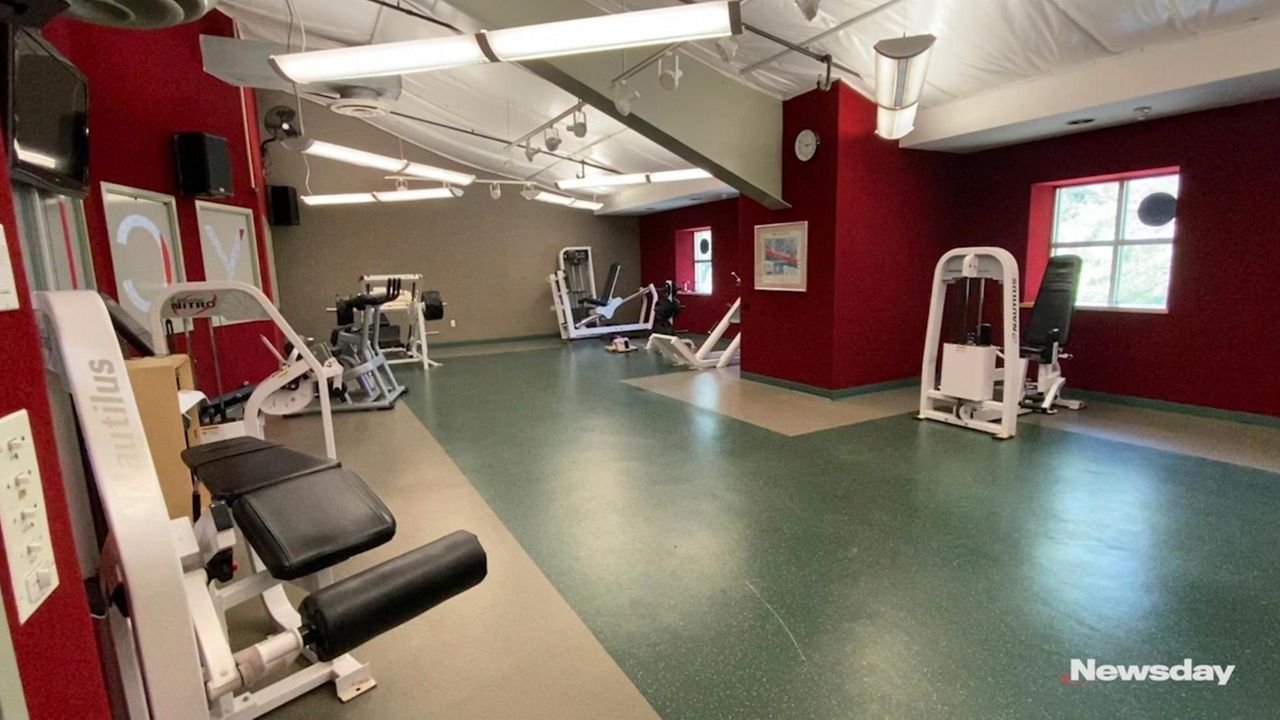 Gyms pose an especially high risk of transmission of the coronavirus because of intense breathing during exercise, although masking, social distancing and other requirements the state is imposing will make working out in gyms safer, experts say.

The rules include operating at a capacity of 33% or less, requiring face coverings for employees and patrons, including while exercising, mandating at least 6 feet of social distancing, and giving employees time to clean and disinfect shared equipment between uses.

The reopening of gyms with these restrictions is “sensible,” said Dr. David Hirschwerk, an infectious disease specialist at New Hyde Park-based Northwell Health.

“But that doesn’t mean it’s fully safe,” he warned. “I don’t think there can be a guarantee there won’t be exposures and outbreaks that occur in gyms, even with these strategies.”

Masks, for example, reduce but don’t eliminate transmission of the virus, and masks that get sweaty may offer less protection, he said.

The less the rules are enforced and adhered to, the greater the risk to gym patrons, said Dr. Aaron Glatt, chief of infectious diseases at Mount Sinai South Nassau hospital in Oceanside.

“You can have all the rules you want, but if people aren’t following them, it’s dangerous,” he said.

Glatt recommended that patrons weigh their own vulnerability before deciding whether to return to the gym. A healthy 20-year-old will have different concerns than an 80-year-old recovering from heart surgery, he said.

If you’re in a gym near a COVID-19-positive person who is exercising, you’re likely more at risk than if you were near that same person in a setting with less physical exertion, Hirschwerk said.

That means more virus may be expelled into the air, he said.

Among the state rules gyms must follow is keeping patrons at least 6 feet from each other. But that may not be enough, said Dr. Bettina Fries, chief of the infectious diseases division at Stony Brook Medicine.

The virus may travel further with physical exertion because “you have more pressure behind it when you forcefully breathe out,” she said. “You push it out with more pressure, so it could fly further.”

Ventilation in the gym is a key factor, she said. A large gym with a high ceiling and outside air coming in is better than one with a low ceiling, she said.

The state's guidelines require gyms to use special air filters or other measures to improve ventilation.

Fries said that with only a small percentage of New Yorkers testing positive for the virus — the proportion has hovered around 1% for weeks — the risk of infection in gyms is “manageable” because you’re less likely to come in contact with someone who has the virus, including those who have no symptoms and don’t know they’re infected.

“If the numbers go up again, then they need to be closed down again,” she said.

Outdoor exercise carries fewer risks than indoor exercise, and people with a choice — such as between running outdoors versus using a gym treadmill — should consider the outside option, Glatt said.

Either way, people should remain active, he said. In general, exercise, along with a good diet and adequate sleep, helps the body fight infections, although there is not yet enough data specifically on exercise’s effect on the coronavirus, he said.

Research on gyms and COVID-19 also has been limited. In South Korea, 112 coronavirus infections in February and March were traced to dance classes in 12 sports facilities.

“Vigorous exercise in confined spaces should be minimized during outbreaks,” researchers studying the outbreak wrote in this month’s Emerging Infectious Diseases journal.

A Norwegian study published online in June on the medRxiv website that has not yet been evaluated by other scientists found that no one out of 1,896 people who worked out at five fitness centers — each with social distancing and hygiene requirements — had become infected with the virus at the gyms over two weeks. But critics of the study have questioned the importance of the findings because Norway at the time had a very low rate of virus transmission.

10 things you should know before returning to the gym on LI"Family" rooms and bring-your-own policies may become the new gym norm. Gyms are set to reopen today in New York. Cuomo: Gyms allowed to reopen, as new coronavirus cases stay lowThose establishments will have to be inspected by local health departments, with elected officials making the final call, and they have until Sept. 2 to get those plans together and open their doors, the governor said.

NY health officials: Students can be 3 feet apart in classrooms
1:54
Online instruction has been liberating, and vexing, for students with disabilities
1:31
A psychotherapist who walks and talks with clients reflects on strength
2:27
Ambulance dedicated to EMT who fell to COVID-19
LI's COVID-19 positivity rate edges downward, with vaccine hurdle ahead
Pubs, hairdressers set to reopen as UK eases virus lockdown
Didn’t find what you were looking for?