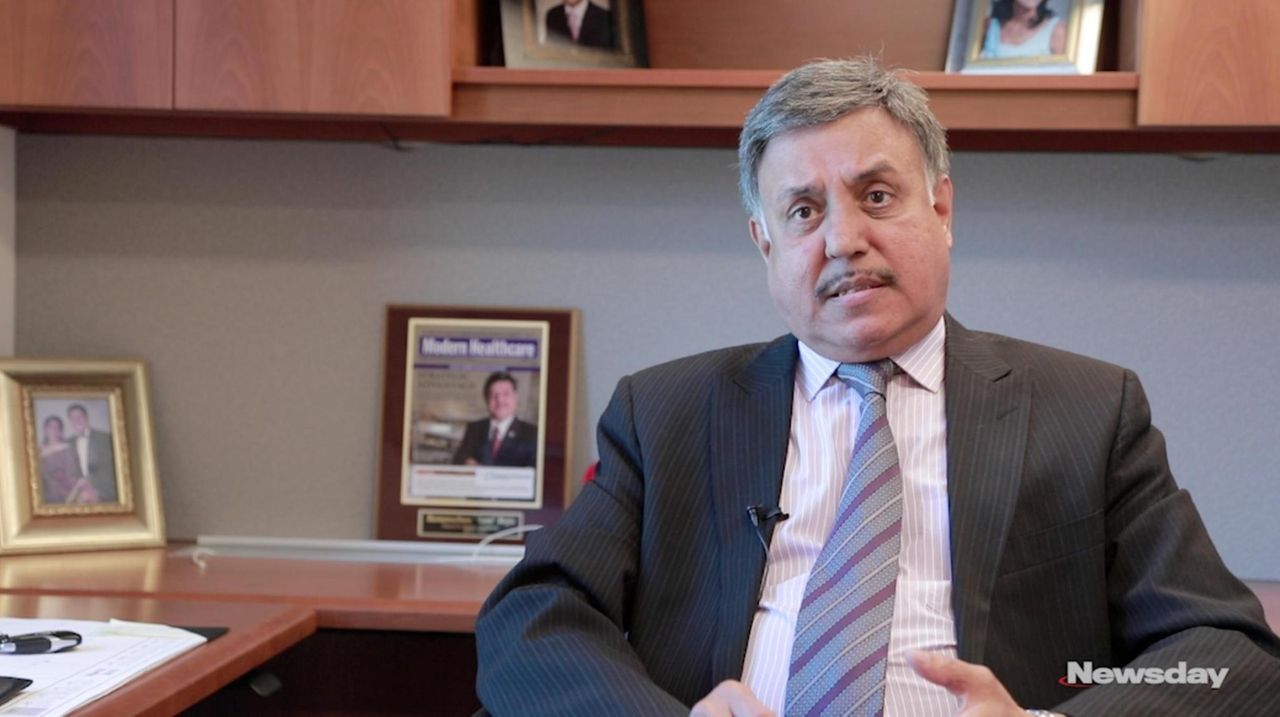 Nassau County ranked the second-healthiest county in the state, boosted by factors including low smoking rates, greater wealth and more doctors per person than the state average, according to a new study released Tuesday.

Suffolk County ranked 16th out of the state’s 62 counties in health outcomes.

Nassau was just behind Rockland County in “health outcomes,” which used measures such as premature death rates and the quality of physical and mental health to provide a snapshot of counties' current health in a study conducted by the Princeton, N.J.-based Robert Wood Johnson Foundation, a health philanthropy, and the University of Wisconsin Health Population Institute.

The annual rankings compile data from a variety of sources, including the U.S. census and Centers for Disease Control and Prevention, from 2010 through 2018.

Experts pointed to less access to health care in Suffolk County and a higher rate of premature deaths than Nassau County and the state average, which could be linked to the opioid crisis.

"Where you live matters to how long and how well you live," said Kate Konkle, an associate researcher with the University of Wisconsin Population Health Institute.

Health outcomes are a measure of “today’s health,” but the study also ranked "health factors," which predict health in the future, according to the study's authors.

Nassau ranked first statewide in health factors, such as smoking, obesity, exercise, pollution and measures that include child poverty and educational attainment. Under those measures, Suffolk was eighth.

Within Nassau, there likely are big disparities, he said.

“One of the drawbacks of this kind of survey is that when you take the entire county as it is, you get an average,” he said.

“But Hempstead may look very different from Manhasset,” Raju said. Hempstead, a village in Nassau with a high poverty rate, is only a few miles from upscale Manhasset.

An Associated Press analysis of U.S. census data on life expectancy that was released in December found life expectancy on Long Island was generally much higher in wealthier communities than in poorer ones.

There also are significant racial differences, Raju said. The study looked at rates of premature death and found that in both Nassau and Suffolk, African Americans had a significantly higher “years of potential life lost rate” than whites and Hispanics.

Nassau ranked third and Suffolk ranked 33rd in access to physical and mental health care. In Nassau, for example, there is one primary care physician for every 700 residents. In Suffolk, the ratio is 1,360 to 1.

And Suffolk is less densely populated, especially in the eastern part of the county, so people may need to travel farther to access health care.

“The longer you need to travel for care, the less likely you are to use it,” especially for people who rely on Suffolk’s spotty public transportation system, Alcalá said.

With less density in Suffolk, “The pockets of poverty are going to be stronger and more isolated,” he said. One example is the low-income communities on the East End where many low-wage service workers for upscale places such as the Hamptons live, he said.

Nassau’s nationally lauded health department, which is strong on prevention and treatment, also may be a reason why Nassau ranks higher in some measures than Suffolk, Alcalá said.

Fatal opioid overdoses, which are much more numerous in Suffolk than Nassau and usually claim the lives of younger and middle-age people, likely is a reason why rates of premature death are significantly higher in Suffolk, he said.

"That’s definitely a good possibility of what’s contributing to it," Konkle said.

Suffolk County health officials said they have a variety of programs to improve the county's health, including tobacco cessation programs, vaccination events, water protection and diabetes and opioid prevention.

“Health outcomes are largely based on the social determinants of health, which include economic status, education, social support, access to health care and the built environment," according to Suffolk Health Commissioner Dr. James L. Tomarken.

Nassau County officials declined to comment on the study Monday.

Both counties ranked low for the physical environment, which factored in conditions such as poor air quality and the high cost of housing.

Michael Seilback, an assistant vice president for state public policy for the American Lung Association, said pollution is both caused here locally from vehicles on highways, power plants and wood smoke from fireplaces, but also migrates from the Midwest and New York City and settles over the Northeast, leading to the region to be called the "tailpipe of the nation."

Janine Logan, director of the Long Island Health Collaborative, a state-funded nonprofit program to fight chronic diseases such as diabetes, asthmas and cardiovascular disease, said the group is working with 100 organizations, including the county health departments, hospitals, academic institutions and nonprofits, on programs that encourage people to exercise more and eat better.

Percent of adults who are smokers

Percent of adults who are obese

Years of potential life lost before age 75 per 100,000 population