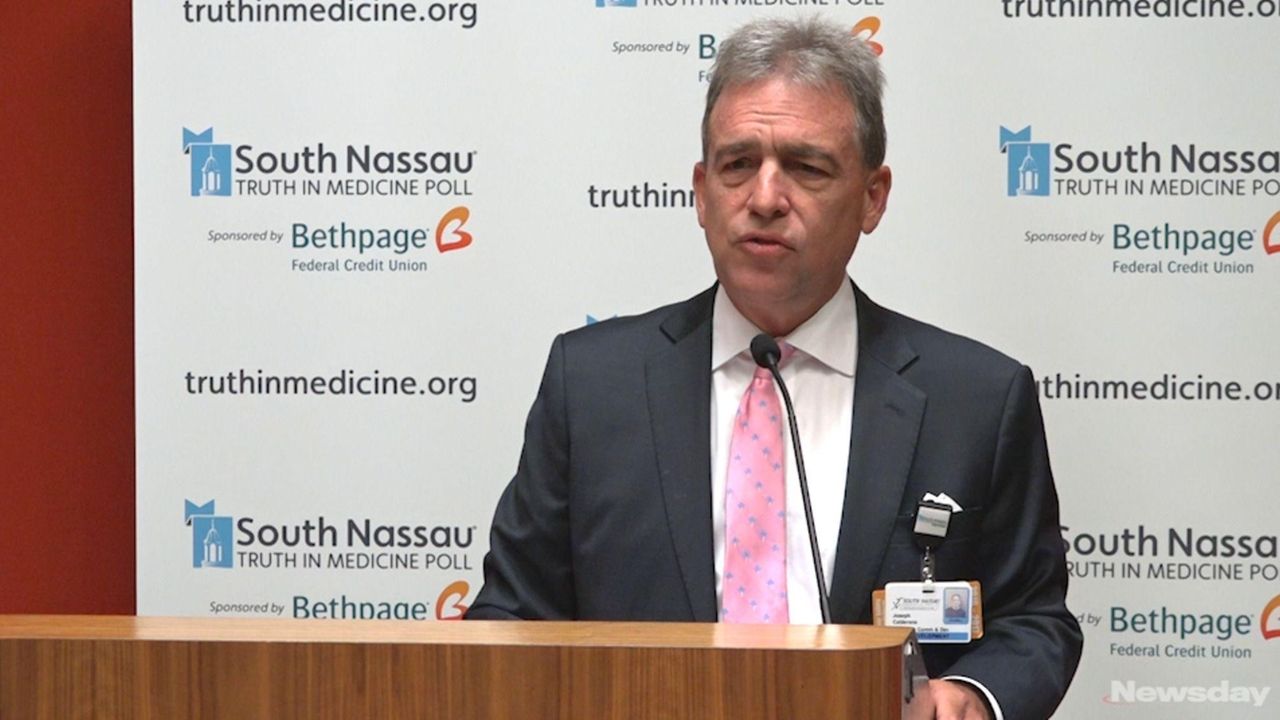 Nine out of 10 parents in the metropolitan area say they have had their children vaccinated, even though 40 percent of those polled expressed uncertainty about its benefits, a Long Island hospital survey found on Wednesday, Sept. 6, 2017. Credit: Howard Schnapp

Nine of 10 parents in the metropolitan area say they have had their children vaccinated, even though 40 percent of those polled expressed uncertainty about its benefits, a Long Island hospital survey found.

Of the 40 percent with doubts, 10 percent said they believed that vaccines had a direct link to autism, despite reams of data to the contrary, the new poll found.

South Nassau Communities Hospital in Oceanside has taken the public’s pulse on vaccines and vaccination in its third poll of the year on subjects that broadly affect public health. Pollsters’ questions were answered by 600 parents of school-age children in Nassau, Suffolk and New York City.

“We were happily surprised to find the percentage that expressed a belief that vaccines cause autism was so low,” said Dr. Adhi Sharma, South Nassau’s chief medical officer. “The percentage of those who were unsure was consistent with what we expected.”

The good news, Sharma added, was that even among parents who said they were unsure about vaccines, their children were vaccinated despite parental doubts, according to the poll.

“Every major authority in medicine supports vaccination,” said Dr. Aaron Glatt, a specialist in infectious diseases who chairs the department of medicine at South Nassau and serves as the hospital’s epidemiologist. He listed state and local health departments, the American Academy of Pediatrics, the Centers for Disease Control and Prevention, the American Medical Association and the World Health Organization, among a host of others.

“The only disease we have ever eradicated was smallpox and that happened through vaccination,” added Glatt, a national spokesman for the Infectious Diseases Society of America.

He said the influence of nonmedical information has affected parental thinking about vaccines, which can put individual children and communities at risk.

Vaccine-preventable diseases are on the rise worldwide in rich, developed nations, including the United States. The CDC has counted 118 cases of measles, for example, nationwide from Jan. 1 through Aug. 12, the most recent period with complete statistics.

Globally, Romania this year has had one of the worst measles outbreaks in decades, which has caused the deaths of more than 30 children in an epidemic that has stricken about 9,000 youngsters.

The South Nassau poll was conducted in June by cell and landline phones. It is the third in a series of surveys of local residents in what the hospital calls its Truth in Medicine polls. The first dealt with the flu and flu vaccination, the second with attitudes about antibiotics. The current poll, whose results will be released Wednesday, carries a sampling error of plus or minus 3.9 percentage points.

Vaccination as a subject has grown increasingly controversial over the years following the publication of a report in a British medical journal by Andrew Wakefield, a now-defrocked doctor who linked the measles, mumps and rubella vaccine to autism in the late 1990s. His report in the medical journal, The Lancet, was retracted by the editors.

“Once those bells were rung, it has been hard to unring them,” said Sharma referring to the unscientific messages about vaccines and autism. “Vaccination made us forget how horrible many of these diseases can be.”