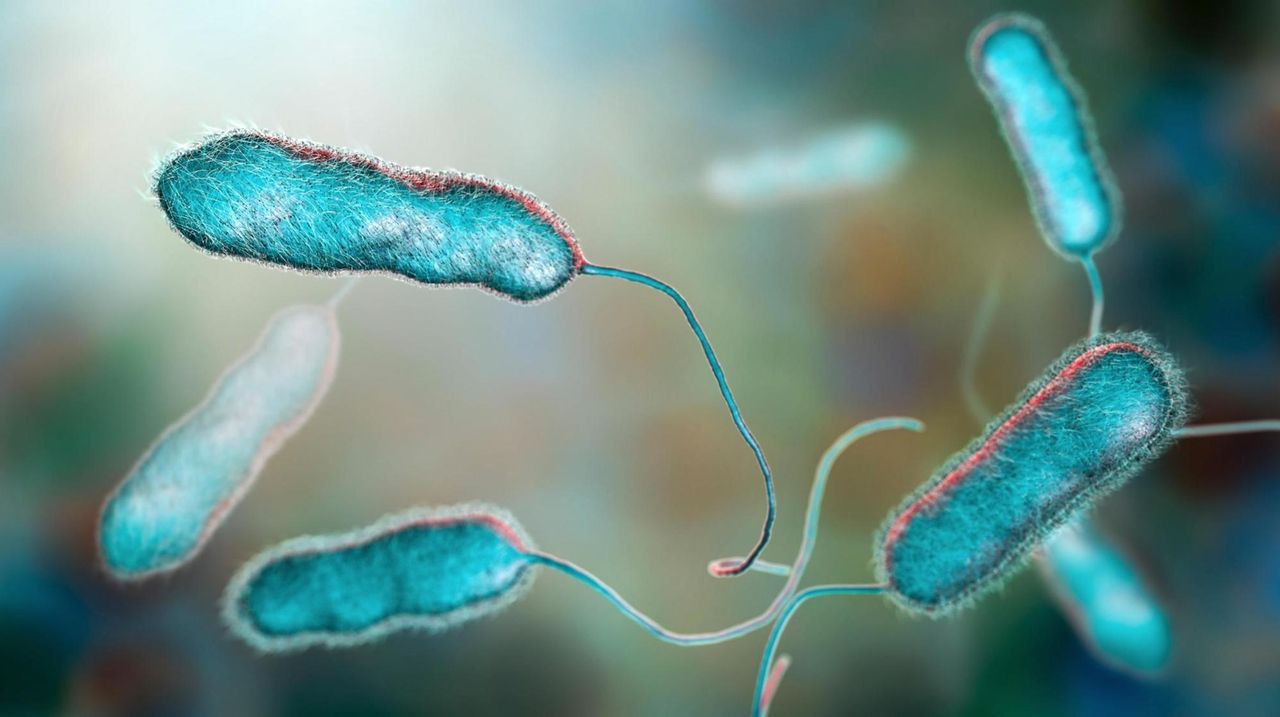 The person who died from Legionnaires’ disease and the nine who were hospitalized all lived within a half mile of Wantagh Avenue and Old Jerusalem Road on the Levittown/Wantagh border, a Nassau health department official said Friday.

County employees have been combing the area looking for a potential source of the disease, which comes from a type of bacteria called Legionella, county health department spokeswoman Mary Ellen Laurain said.

"It’s more than likely coming from an area within where the people live, since the cases are that close geographically," she said.

The disease typically is contracted when people breathe in a mist or vapor containing the bacteria, and it is not spread person-to-person, according to the state department of health.

Nassau disease investigators are conducting "a thorough interview of all those who are ill, or family members if the person can’t be interviewed, to determine how they spend their day, what they do, where they shop, where they work, to try to determine a commonality," Laurain said.

At this point, there is not enough information to establish a pattern, she said.

"We know that this group does not work together," she said. "We feel we can rule that out at this point."

She said the most likely source of an outbreak involving 10 people getting sick within a half-mile radius in an area primarily of single-family homes is an air conditioning cooling tower, which has warm water that creates "a drift or mist on top of them that can travel, according to some publications, up to a mile."

That means someone sitting on a patio blocks away from the cooling tower could inhale the bacteria, she said. Most people breathing in that mist can "effectively fight off the bacteria," said Stout, a research associate professor at the University of Pittsburgh's engineering school. In others, Legionella can cause serious pneumonia.

People 50 and older are at higher risk of getting sick from the bacteria, as are current and former smokers, people with weakened immune systems and those with underlying illnesses such as chronic lung diseases, diabetes, cancer, and kidney or liver failure, according to the Centers for Disease Control and Prevention.

The Nassau health department confirmed all 10 cases this week, although it’s unclear when each person contracted the bacteria, Laurain said. All 10 were hospitalized; two are still in the hospital, she said Friday afternoon. The incubation period before symptoms appear is usually two to 10 days, she said. Symptoms include cough, shortness of breath, high fever, muscle aches and headaches.

All 10 people are between 35 and 96 years old, and most are 50 or older, she said. The person who died was over 50 with underlying health conditions, she said.

Although all confirmed cases are within a half mile of the Wantagh Avenue/Old Jerusalem Road intersection, inspections are in a larger one-mile radius, Laurain said.

"We have an environmental team with all feet on the ground going through the area looking for things like ornamental fountains, cooling towers, these big types of air conditioning units on tops of buildings," Laurain said. "We take samples and try to identify the source."

There are several schools in the area, but no children or employees of those schools are among those who got sick, Laurain said.

Laurain said that "the water suppliers have been bombarded with calls" with concern about the area’s drinking water. But, she said, the water supply is safe.

The area is served by Camden, N.J.-based American Water and by the Town of Hempstead’s water department. Spokespeople for the two suppliers said they have been in contact with the Nassau health department, and that there is regular testing and monitoring to measure water quality.

Legionella naturally occurs in water, and chlorine added to drinking water doesn’t always kill all of it, Stout said. But, she said, "The conditions for Legionella to grow and be a problem is within buildings, within devices," such as poorly maintained cooling towers or hot tubs.

The county was alerted to the outbreak after three hospitals reported cases to the health department, Laurain said.

Anyone with symptoms of the disease should contact their health care provider, she said. The disease can be treated effectively with antibiotics if it is caught early, Stout said.

Legionnaires’ disease cases are "routine" in Nassau, but clusters are not, Laurain said.

There have been 493 Legionnaires' disease cases statewide so far this year, higher than in 2020 but lower than in the three previous years, state health department spokeswoman Samantha Fuld said in an email. The department is providing technical assistance and guidance to Nassau, she said.

One dead after Legionnaires' outbreak, Nassau officials sayNine others were hospitalized after the cluster of cases that span a one-mile radius of Wantagh Avenue and Old Jerusalem Road on the Levittown/Wantagh border, Suffolk health department officials say.