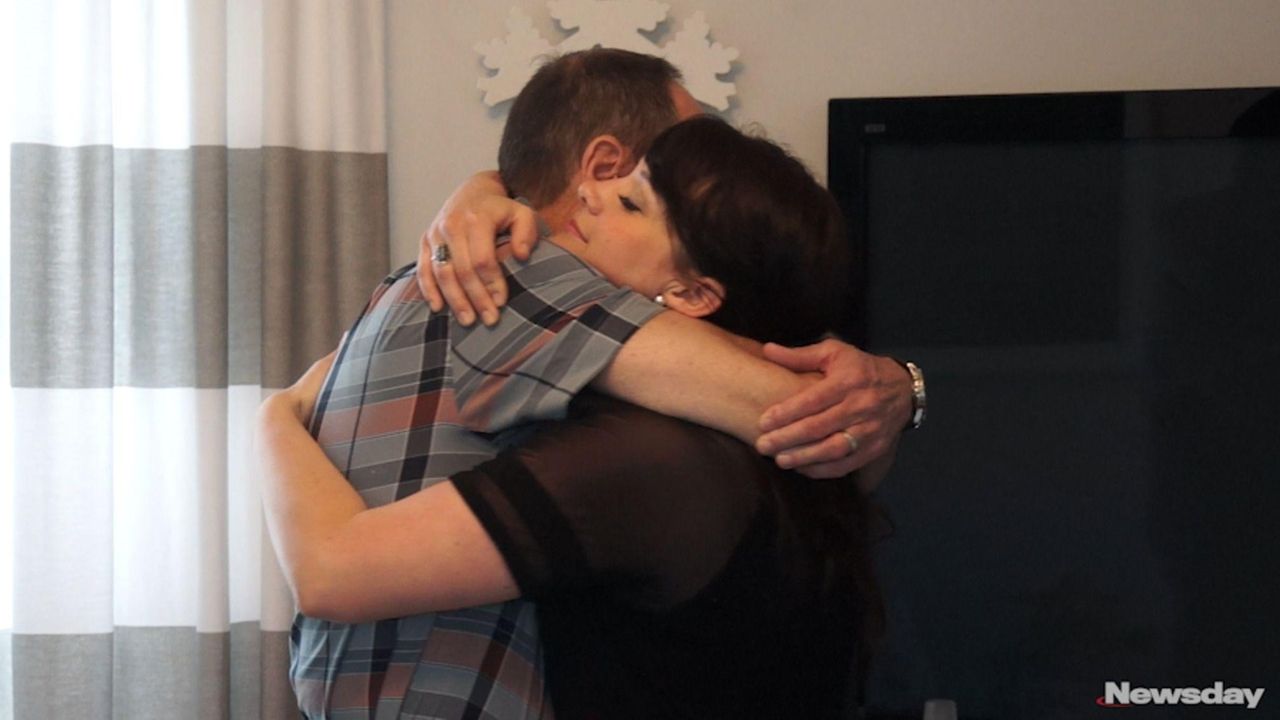 Two years ago, Steven Frey, of Coram, gathered his three children to tell them that his liver was failing and he would need a transplant. After tests showed his daughter Marielle was a match, the two underwent surgery so she could donate part of her liver to him. This weekend, they will be spending Father's Day together, both happy and recovering well.  Credit: Ed Betz

For Steven Frey, this Father’s Day won’t be just about him. The father of three will be celebrating a second chance at life and a unique bond with his daughter, who donated more than half her liver to save his life.

“To me, it’s all about the kids this year,” he said. “It’s not about dad, it’s about dad knowing he has great kids and a great family.”

He and his daughter Marielle Frey underwent surgery last July so Marielle could give him 70 percent of her liver.

After months of recovery from the transplant, Steven Frey, 58, is finally feeling back to normal. So this Sunday, he will spend the day at Marielle’s house for a barbecue with all of his children.

Steven Frey, of Coram, had Crohn’s disease for most of his life, but his health began to decline about 7 years ago, the family said.

In December 2015, he held a family meeting with his daughter and two sons to tell them his liver was failing and he would be placed on the transplant list. The children had lost their mother several years earlier.

“We didn’t know how severe it had gotten,” Marielle, 29, of Patchogue, said. “I was scared of losing my dad as well.”

Organ transplant lists have notoriously long wait times and 22 people die each day waiting for a donor organ, according to the U.S. Department of Health and Human Services.

Marielle underwent testing to see if she was compatible, and the results were a welcome Father’s Day present in June 2016.

The decision was difficult for Steven, who said he didn’t want anything to happen to his daughter during or after the procedure, which would remove 70 percent of her liver to replace his own. Healthy livers can regenerate, but there is some risk involved in the donation surgery.

Ultimately the pair went into surgery at The Mount Sinai Hospital in Manhattan in July 2016.

“I realized that they had already lost their one parent and I wouldn’t let them lose a second,” Steven said.

The surgery was a success.

“It’s hard to imagine someone doing something more significant or noble than giving a piece of themselves to save another’s life,” said Dr. Sander Florman, director of the Recanati/Miller Transplantation Institute at Mount Sinai. “I see them today and it justifies why we do this.”

It took Marielle about three months to recover: She spent a week in the hospital, then moved to transplant housing near the hospital to heal and so she could check in on her father.

Steven’s recovery took roughly nine months. Family members took turns caring for the two of them in the hospital, he said.

“It was a very difficult time for both of us,” he said. “My family really got us through all of it.”

The experience brought the two even closer together, creating an “inseparable bond,” Marielle said.

“We see each other all the time, probably even now more so that we’ve gone through all this,” she said. “We shared this really intense thing, and it’s pretty amazing.”