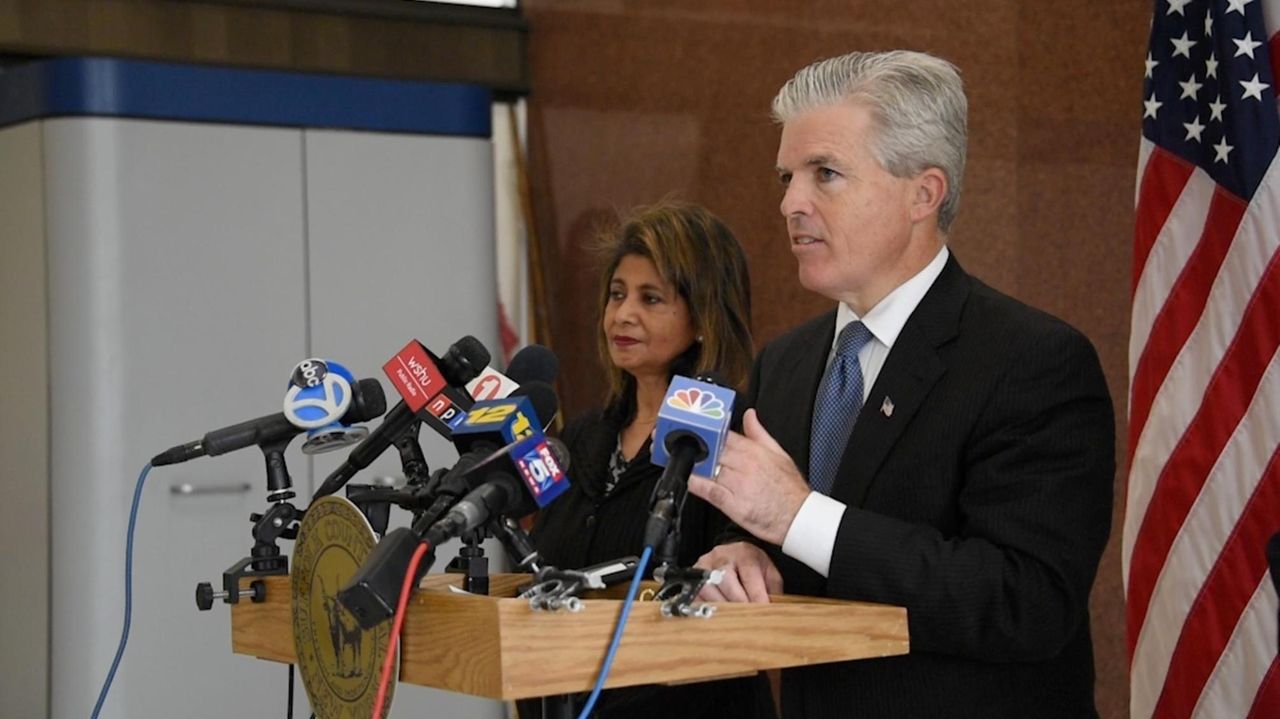 Suffolk health officials, investigating a measles case in Hampton Bays, already have interviewed 50 to 60 people, and on Friday cast a wider net in an effort to keep the highly infectious disease contained.

Dr. James Tomarken, Suffolk health commissioner, said no one else has shown symptoms and “the chances are very very low” that the isolated case found Saturday will become a widespread public health issue.

Public health investigators have interviewed four employees at the BNB Bank at 48 E. Montauk Hwy., which the infected person visited Saturday. Health officials have asked the bank to have customers who were there from 12:15 p.m. to when the bank closed at 1 p.m. to contact the health department.

“This is not a moment for panic, but it should be a wake-up call,” County Executive Steve Bellone said at a news conference Friday with Tomarken and public health director Shaheda Iftikhar.

Health officials would not identify the person who contracted measles, but Tomarken said the individual is an adult who came to the United States on April 2 from a European country that does not have the same immunization rules as the United States.

The person went to the hospital later Saturday after experiencing symptoms of measles that can include fever, conjunctivitis, a runny nose and a rash. The individual, who was contagious from April 15-23, is no longer contagious and was treated at the hospital, which officials didn’t identify, and released. Health officials have not identified the individual because of federal health privacy rules.

Health officials also have interviewed 40 people at the workplace for an internship program run by Ohio State University in Hampton Bays in which the infected person participated, and 13 people in two houses where interns and the infected individual were staying.

Tomarken said Suffolk has had only four cases of measles in the past two decades, all stemming from foreign travel. The last measles case that originated in the county was in 1998.

Bellone said residents should check medical records for themselves and their children to determine if their immunizations are up to date, particularly if they have travel plans. Bellone said he plans to check his measles records with his mother.

2:15 Johnson & Johnson vaccine has arrived on Long Island
What you need to know about COVID-19 vaccine development
2:29 LI's 1st COVID patient reflects 1 year later: 'I'm one of the lucky ones'
Standardized testing in the pandemic: What will it be like for kids and teachers?
1:31 Kings Park proposing return to full-time in-person learning
Port Authority: Airport travel down 73% from pre-pandemic times
Didn’t find what you were looking for?