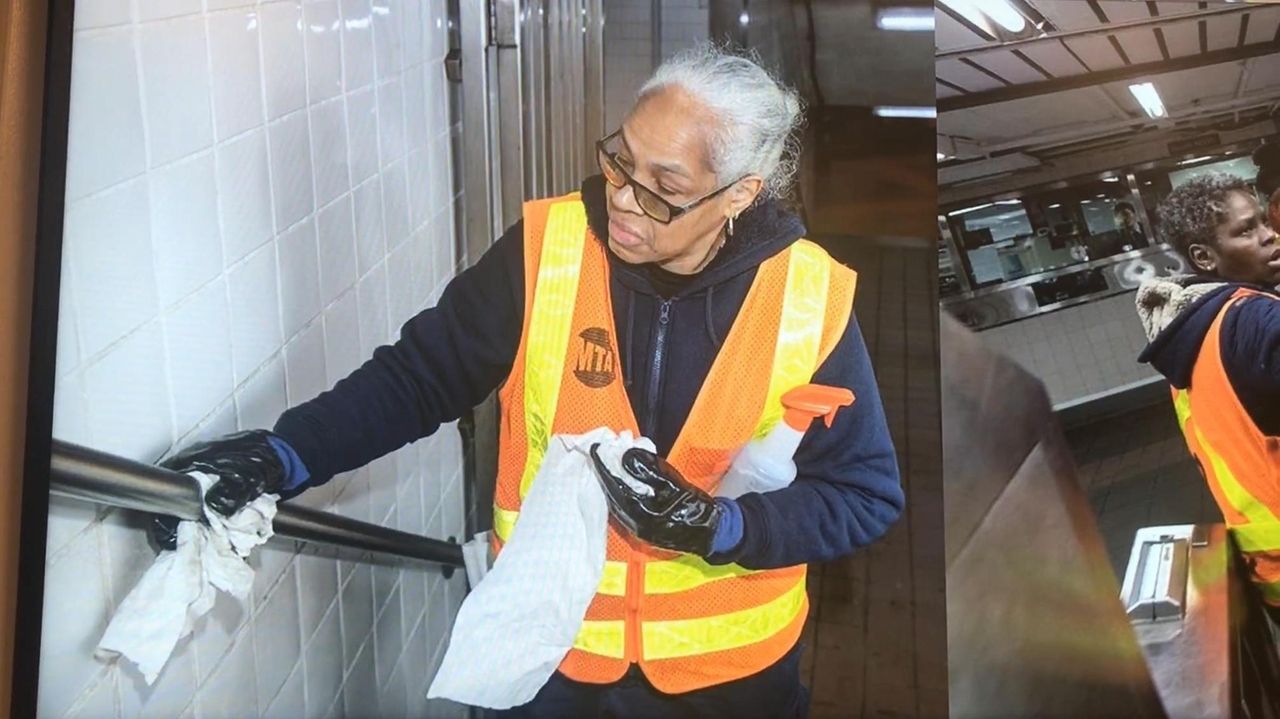 The Metropolitan Transportation Authority is working to disinfect its fleet of buses and trains as well as stations and vending machines across the New York region in response to the coronavirus outbreak, officials said.

The authority's stations, buses and trains serving New York City Transit, MTA Bus, Access-A-Ride, Long Island Rail Road and Metro-North will be cleaned daily and sanitized every three days, according to the agency.

MTA officials on Tuesday assured riders, including LIRR commuters, that they are "doing everything we can" to protect them from the coronavirus.

At a news conference at the MTA's Manhattan headquarters Tuesday afternoon, agency chairman Patrick Foye said, beginning Monday night, the MTA has "substantially increased the frequency and intensity" of cleaning efforts at stations, trains and buses, with the goal of disinfecting its entire fleet every three days.

Frequently used surfaces in stations, such as turnstiles, MetroCard and ticket vending machines, and handrails, will be disinfected daily.

"It's not symbolic," Foye said. "It is real, and we think it will do two things. It will decrease presence of viruses. … But it will also give passengers, our customers a sense that we are doing everything we can. And we think it's entirely appropriate under the circumstances."

LIRR workers had, as of Monday night, disinfected the railroad's three busiest terminals — Penn Station, Atlantic Terminal and Jamaica Station — and were working their way Tuesday through the remaining 121 stations.

Railroad forces also have disinfected about 300 LIRR train cars, or roughly a quarter of the railroad's fleet. The MTA cleaned 427 subways stations in the previous 24 hours and 1,905 subway cars, Foye said.

The potential for the LIRR, with its 300,000 daily riders, becoming a risk zone was on the mind of Lexi Trachtenberg before she boarded a train at Brooklyn's Atlantic Terminal.

"People cough on the seats. They eat their food in there … And people sit in such close proximity to each other," said Trachtenberg, 21, of Mount Sinai, who didn't think disinfecting every three days goes far enough. "I feel like they should do it after every single ride."

The LIRR had said in early 2019 that its "car appearance maintainers" clean each of the 115 train sets about 4.5 times a day. The railroad did not provide an update on its recent cleaning schedule before the coronavirus response.

Environmental Protection Agency-approved and Centers for Disease Control-endorsed disinfectants are being used, the authority said, adding it has stockpiles of hygienic supplies and continues to procure cleaning materials.

The MTA also will run health guidance public service announcements in stations, on train cars and buses to go along with customer messaging already deployed across 3,600 subway screens, 2,000 bus screens and at 84 subway station street entrances. The same messaging also has been deployed across 550 railroad screens.

Customers and MTA employees should follow recommendations from the CDC, including washing hands often with soap and water for at least 20 seconds. If soap and water are not available, use an alcohol-based hand sanitizer. Avoid touching the eyes, nose and mouth with unwashed hands, stay home when sick, and avoid close contact with people who are sick.

Cuomo on coronavirus: 'The more testing, the better'The governor promised to ramp up testing for possible cases of the virus, aiming to process samples for at least 1,000 people a day Trump calls for speedup of vaccine developmentHe suggets federal regulators may be able to fastrack the approval process.+ Coronavirus: How can you protect yourself?How does coronavirus spread? Local medical experts answer commonly asked questions about the virus, also known as 2019-nCoV. How to talk to kids about the coronavirusParents should downplay the frenzy and emphasize the precautions, experts say.

Novavax: Large study finds COVID-19 shot about 90% effective
COVID-19 cases keep dropping in New York
1:20
Taking the spa on the road
FDA: Some J&J vaccine doses can be used, but many must be tossed
LI winner of NY vaccine scholarship 'so happy' about her lucky shot
1:18
'Seize the day': Pent-up demand will lead to a post-pandemic spending spree, experts say
Didn’t find what you were looking for?