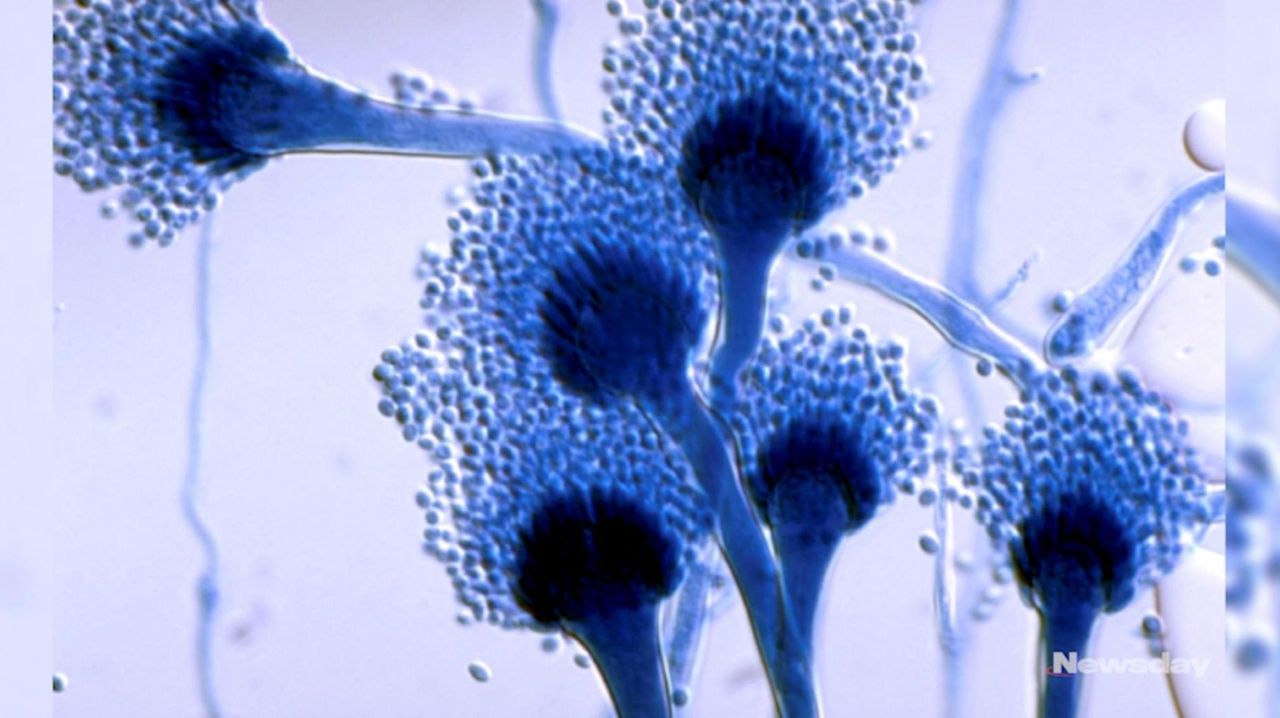 By the time New York’s health commissioner announced the emergence of a multi-drug-resistant fungus two years ago, the microbe already was infecting the sickest of the sick in hospitals and nursing homes.

New York to date has recorded more cases of the multi-drug-resistant fungus Candida auris, known as C. auris, than any state in the country. Of the 643 cases diagnosed nationwide, almost half — 323 — have occurred in New York. The numbers include confirmed and probable cases, and health officials could not definitively say how many deaths have come as a result of the fungus.

Most of the infections have been concentrated in New York City, according to the state Department of Health. But hospitals and nursing homes in surrounding areas — Nassau, Westchester and Rockland — also have had cases. All date from the time when the fungus was first reported as a threat by state Health Commissioner Howard Zucker in 2017.

Medical scientists are scrambling to develop a diagnostic because the pathogen is difficult to detect with current hospital laboratory methods. Others are at work on a new type of antifungal medication they hope won't be repelled by the organism.

Confirmed clinical cases as of March 31, 2019. Select states for number of cases.

“We don’t know why it emerged,” said Dr. Maurizio Del Poeta, a professor of molecular genetics and microbiology at Stony Brook University’s Renaissance School of Medicine. At the very least, he is recommending hospitals develop stricter rules on foot traffic in and out of patients’ rooms because the microbe can be carried on the bottom of shoes.

The pathogen clings to surfaces in hospital rooms, flourishes on floors, and adheres to patients’ skin, phones and food trays. It is odorless, invisible — and unlikely to vanish from health care institutions anytime soon.

“It can survive on a hospital floor for up to four weeks," Del Poeta said of C. auris. "It attaches to plastic objects and doorknobs."

C. auris can cause lethal bloodstream infections in people with weakened immunity, which include organ transplant recipients, anyone with cancer, HIV/AIDS or other forms of immune suppression. The mortality rate for C. auris has been about 35 percent, but most patients who succumb to the pathogen have other debilitating conditions.

While Del Poeta and scientists nationwide search for answers, public health experts worry about the explosive problem of multi-drug-resistant pathogens of all kinds — especially bacteria — and the looming threat of having no drugs capable of conquering them.

How the states compare on number of cases

The bugs not only have learned how to fight, they've learned how to win. "This is survival of the fittest," said Dr. Tom Chiller, who heads the division of fungal diseases at the Centers for Disease Control and Prevention in Atlanta.

Chiller defined C. auris, which took the public health community by surprise, as relatively rare compared with multi-drug-resistant bacteria. Each year in the United States, 2 million people become infected with bacteria that repel antibiotics. About 23,000 die as a direct result, and countless others experience long-term complications.

"We look at this as another wake-up call. These bugs have adapted to be resistant," said Chiller, who added C. auris has developed mechanisms to thwart medications in each class of antifungal drugs.

There are only three classes in existence, and the microbe in the best of cases is resistant to only a few of them. In the worst, it’s resistant to all.

“Multi-drug resistance is something that we have never seen before in a fungus,” said Del Poeta, who specializes in fungi and fungal diseases. He and his colleagues are working on an antifungal treatment at Stony Brook, and have developed a startup company around it called Microrid. The drug, which they define as a "small molecule" medication, already has defeated the fungi in animal models.

But as Del Poeta and his team double down on drug development, the microbe continues to spread. The situation has grown precipitously dire in recent weeks, state data show.

Last month, New York became the first state to confirm patients had died of “pan-resistant” C. auris infections, which means the pathogen was resistant to every antifungal developed.

While doctors are sometimes able to use combinations of antifungals to effectively treat some patients with drug-resistant C. auris, two people who were hospitalized in New York City were so overwhelmingly infected that the pathogen repelled every medication used against it. Both patients died, but neither the state nor city health departments would identify the hospital or hospitals where the deaths occurred.

The pan-resistant C. auris cases were the first in the nation. They also were determined to be rare, and medical experts are predicting they probably will not be the last.

Once concentrated only in hospitals, MRSA now can be found in gyms, schools — virtually anywhere people congregate. C. auris is the first fungus to develop characteristics associated with the worst bacterial superbugs: multi-drug resistance, high mortality in susceptible populations and the capacity to spread.

“In order to get Candida auris out of a room, you have to take away everything — doorknobs, plastic items, everything. It is very difficult to eradicate it in a hospital," Del Poeta said. He said his institution has never had a patient with C. auris.

All of Long Island’s cases have been diagnosed in Nassau, according to state health department data.

“There have been nine C. auris cases diagnosed in Nassau County facilities since the start of the outbreak. One was diagnosed in 2017, six in 2018 and two in 2019,” Jill Montag, a spokeswoman for the state Department of Health, said in a statement.

“Seven of the patients who had C. auris passed away, but it is difficult to say whether [or] how much C. auris contributed to their deaths because the patients had other serious illnesses.”

Though the health department will not reveal the names of the Nassau hospitals, the agency plans to list the pathogen as a serious infectious agent in its next Hospital-Acquired Infections report, which is to be made available to the public later this year, Montag said.

Some experts in infectious diseases contend a web of secrecy has engulfed the issue of C. auris, masking critical details about the pathogen. A similar veil of secrecy has surrounded other deadly pathogens, such as “nightmare bacteria,” carbapenem-resistant Enterobacteriaceae, or CRE.

Just as C. auris has infected the sickest of the sick, so has CRE, an often deadly bacterial infection that has contaminated hospital equipment and infected patients worldwide, said Lawrence Muscarella, a medical safety expert in Montgomeryville, Pennsylvania. He was the first to blow the whistle on CRE contamination of duodenoscopes, an endoscope used for examining and performing therapies on the bile ducts, pancreas and the duodenum, the first section of the small intestine.

Now, he contends, too much secrecy surrounds C. auris.

“Hospitals don’t want to disclose the number of Candida cases they have had because they are afraid that patients won’t go to those facilities,” Muscarella said. “One of the biggest problems in U.S. health care is the total lack of disclosure.”

Scientists who are working on ways to defeat multi-drug-resistant fungal infections describe their research as a race against the clock.

In New Jersey, which is grappling with more than 100 C. auris cases, Dr. Neeraj Chauhan, a microbiologist at Rutgers University, is working on a diagnostic to spot C. auris in patients' specimens.

Chauhan said the fungus, which is a yeast, closely resembles Candida albicans, a yeast commonly found on human skin. C. albicans is what’s known as a commensal organism, which means it's a friendly fungus, not a foe.

Not having a precision diagnostic delays detection of the fungus, and studies have shown that a delayed diagnosis carries a mortality rate of more than 35 percent. If C. auris can be quickly and definitively diagnosed, Chauhan added, it would speed the isolation of infected patients and prompt drug treatment.

“We know of four different C. auris clades,” he said, referring to groups of the organism, which are known to have evolved from a single ancestor. “There are the East Asian, the Southeast Asian, South African and South American clades.

“Around here, we see mostly the Southeast Asian clade,” Chauhan said, underscoring that he has no definitive way of telling how a yeast first identified in Southeast Asia made inroads into hospitals on the Eastern Seaboard of the United States.

The emergence of drug-resistant fungi marks a new chapter in the growing and often deadly saga of microbial resistance, which is best known as the strategy that bacteria use to circumvent antibiotics.

Scientists such as Del Poeta contend it’s time for new methods of addressing resistant microbes of all kinds because infectious pathogens have developed the power to outwit, outpace and outmaneuver humankind’s most potent agents of chemical warfare, many of them developed in the 20th century.

C. auris on global list of superbugsCandida auris, a pathogenic fungus that has been spreading throughout the United States, was discovered ...