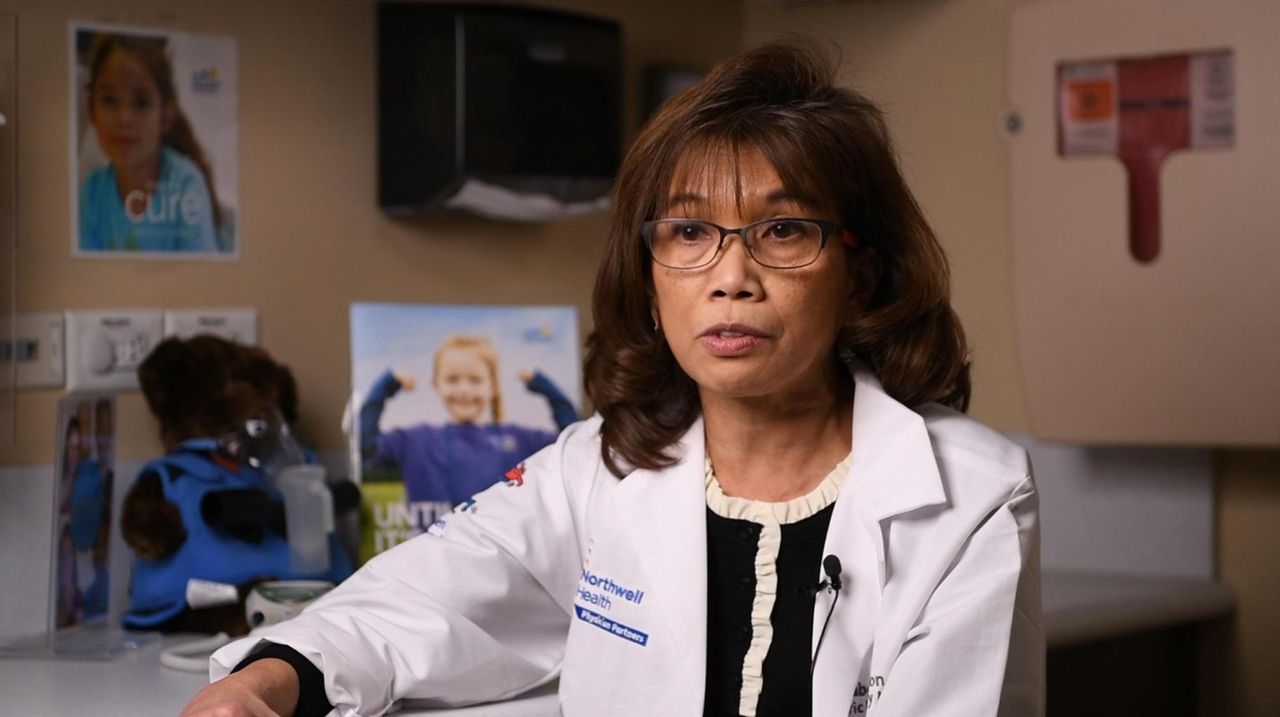 Courtney Boccio wasn’t sure what to expect when she started a clinical trial for a new drug aimed at helping people with cystic fibrosis in the spring of 2018.

The 25-year-old Huntington woman was hopeful. She had heard rumblings in the cystic fibrosis community that “triple modulator” drugs were game-changers for people with the genetic disease that causes severe lung infections.

But even she was stunned by the results she felt after just one day.

“It’s hard to put into words,” she recalled. “The only way to explain it is my body had this metamorphosis — every system that had previously been affected with CF just started reversing.”

The medicine used was Trikafta, a three-drug combination approved in October by the U.S. Food and Drug Administration. Patients and doctors alike have hailed it as a breakthrough that will help the majority of the cystic fibrosis patients around the globe.

“We are very excited in the CF world about the release of this drug,” said Dr. Annabelle Quizon, associate director of the Cystic Fibrosis Center at Cohen Children’s Medical Center,  which participated in the clinical trial and is part of the Northwell Health network.

Cystic fibrosis is a life-threatening progressive disease that causes a buildup of thick mucus in a person’s lungs and can lead to infections and respiratory failure. About 70,000 people across the world are affected by it, including 30,000 in the United States.

Quizon pointed to studies that show the lung function of patients taking Trikafta improved by 14%, much higher than with a previous medication called Symdeko. Patients in the clinical trials reported fewer hospitalizations requiring intravenous antibiotics.

However, not everyone with cystic fibrosis can take Trikafta, Quizon said.

Trikafta was approved for patients 12 years and older who have the F508del gene mutation, which is believed to comprise about 90% of the cystic fibrosis population.

The numbers are smaller in New York, where there is a greater diversity of gene mutations.

Danielle and Sadie Merting, sisters from Wantagh with cystic fibrosis, were disappointed to find out Trikafta does not work with their gene mutation.

“At first I was excited because I saw a lot of people were able to take it,” said Danielle, 21, a student at Nassau Community College. “Then when I found out, I was still really happy for everyone because it’s really working … at the same time I kind of wonder what my life would be like if I could take it.”

Quizon said that while cystic fibrosis could ravage a patient’s lungs, it can impact other organ systems, such as the gastrointestinal tract, especially the liver and pancreas.

"The pancreatic ducts are obstructed such that digestive enzymes are blocked, resulting in the inability of patients to absorb fat and certain fat-soluble vitamins," she said. "This can lead to malnutrition and affects their ability to fight infections and maintain lung function."

In the 1970s, life expectancy for a person with cystic fibrosis was just 16 years old, Quizon said. Improved medicines and therapies have helped boost the median age of survival to 47 years as of 2018.

Key to those improvements is the development of modulator drugs designed to target the defective protein that causes the disease. Earlier drugs such as Kalydeco (ivacaftor), Orkambi (lumacaftor/ivacaftor) and Symdeko (tezacaftor/ivacaftor) were successful with patients who have certain gene mutations. Trikafta is different because it is highly effective for a much larger group of people with cystic fibrosis.

People with cystic fibrosis have a complex daily regimen that includes inhaled and oral medications aimed at helping clear their lungs and digest their food. In addition, they must spend time wearing an inflatable, vibrating vest that helps loosen the mucus in their lungs.

Trips to the hospital are common for procedures to clear their sinuses and receive intravenous antibiotics. Many patients, like Danielle, have a port implanted under their skin to allow for easier access when connecting to an IV.

Since even a mild cold can lead to a serious infection, young people with cystic fibrosis must be mindful of watching their health and not getting run down, which could put a damper on their social lives.

“I think when I was in my teens I realized I have more responsibilities and had to be more mature,” Boccio said. “I had to think about doing things now that would benefit me later, and normally someone who is 14 and 15 is not thinking that way.”

After a year and a half on Trikafta, Boccio said she had been able to gain weight, lose her chronic “CF cough” and focus on a future in medicine.

“Now I know what people who are older mean when they say they feel young again,” she said.

Danielle Merting has become adept at working her cystic fibrosis regimen around a busy social and academic schedule. She is studying radiology and works in a hospital clinic for school. She takes precautions against germs by wearing protective gear and washing her hands often.

A lifetime of receiving treatments in hospitals has not deterred her from seeking a career in the medical field.

“I like the hospital a lot, especially the ER,” Danielle said. “It’s different every time and I like helping people.”

Sadie, 12, is a songbird and enthusiastic theater kid at Wantagh Middle School who plays the ukulele. She recently auditioned for the “America’s Got Talent” TV show with a song she penned about life with cystic fibrosis titled “The Bright Side.”

Despite their daily challenges, the sisters radiate an optimism and confidence their own miracle drug will happen soon.

“If they can [create a drug] for other people … then maybe they can for people who have the same mutation as us,” Sadie said.