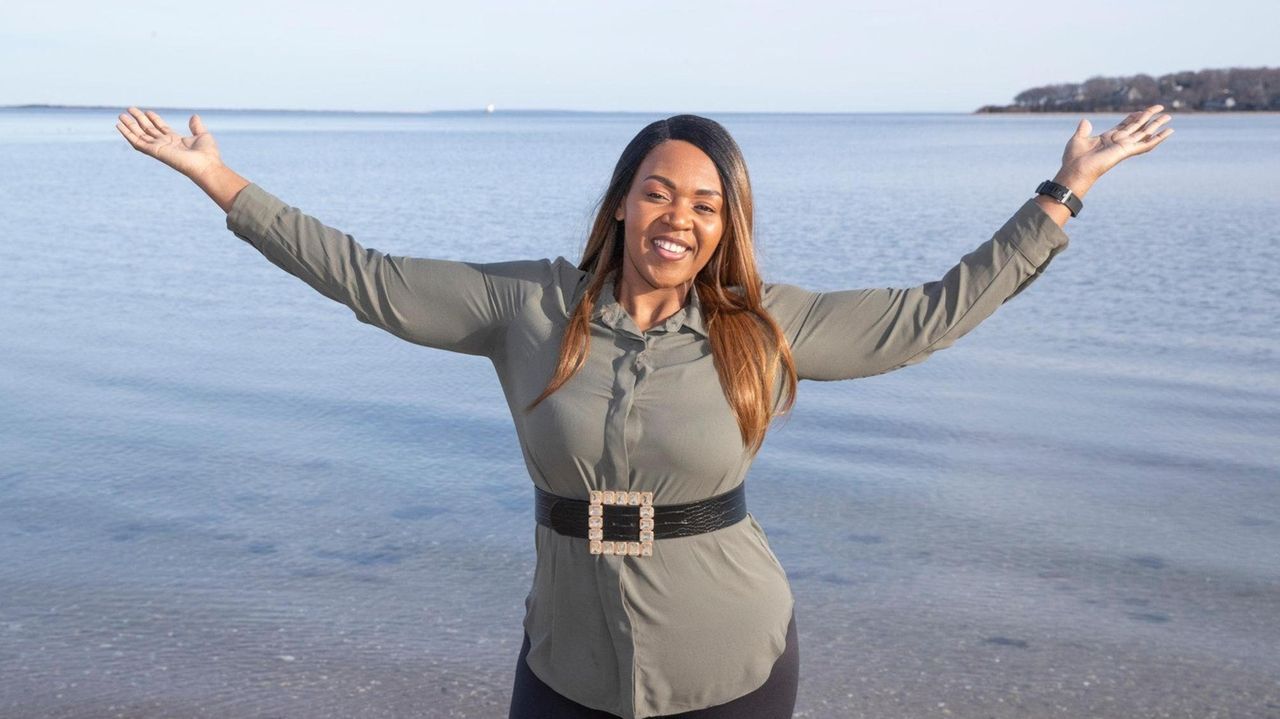 If one of your New Year’s resolutions is to lose weight and keep it off, experts say strategies like the ones Ebony Freeman of Greenport used offer the best chance of success. Credit: Newsday / Randee Dadonna

If one of your New Year’s resolutions is to lose weight and keep it off, experts say strategies like the ones Ebony Freeman of Greenport used offer the best chance of success.

The 30-year-old woman didn’t lose 115 pounds through a fad diet, but by eating more vegetables and fruit, cutting back on sugar and fat, limiting portion sizes and exercising more. In other words, doing what doctors have been telling us to do for decades, along with tailoring the diet to her own preferences.

Freeman continues to focus on healthy food she enjoys rather than grudgingly eating things she doesn’t. She allows occasional indulgences, and doesn't let herself get frustrated. And she said she's been realistic.

More than 71% of U.S. adults are overweight, according to 2015-16 data from the federal National Health and Nutrition Examination Survey. Nearly half of adults are trying to lose weight, the survey found.

“But the vast majority of people, even though they may in the short term lose weight, in the long term they regain it,” said Dr. Silvana Obici, chief of the endocrinology and metabolism division of the Stony Brook University Renaissance School of Medicine.

Highly restrictive crash diets may lead to quick weight loss early on, but they’re typically not sustainable in the long term and more quickly activate the body’s natural inclination to fight weight loss, she said.

The general advice for weight loss has remained the same for many years: Eat less and exercise more, said Dr. Donald Hensrud, director of the Rochester, Minnesota-based Mayo Clinic Healthy Living Program and author of “The Mayo Clinic Diet.”

But, he said, “Just giving the same old advice … is not going to do it for most people.”

“People have different goals, different challenges, different likes and dislikes, so personalizing a weight-loss program so it works for that individual is critical for success,” he said.

Any plan must be geared toward foods that are enjoyable, because “if people are enduring something just to get through it, that doesn’t really work,” he said.

That means making room for “mindful indulgence” of a favorite decadent food, as long as it’s only occasional and the portion is reasonable, said Stefani Sassos, senior clinical dietitian at St. Francis Hospital in Flower Hill.

“If you’re restricting yourself too much, then later on when presented with that food, you may not be able to control yourself and overeat,” she said.

Sassos also recommended healthier preparation methods for foods that you like, such as baking instead of frying, or using an air fryer.

Stephanie Bruno, 32, of Glen Cove, who lost 27 pounds in late 2017 and early 2018, still eats favorite foods like cheeseburgers. But she buys lean cuts of meat and, when, for example, she cooks sausages and peppers, she uses the oven rather than the frying pan and sprays on olive oil rather than drizzling it out of a bottle.

Bruno, who follows WW, formerly Weight Watchers, a diet that has more flexibility than most fad diets, also pays more attention to portion sizes, and she measures food, so she is aware of how much she is eating.

“I eat everything that I ever wanted,” Bruno said. “Every meal that I eat, I’m genuinely looking forward to it.”

Freeman also focuses on food she enjoys, sometimes with variations from what she used to eat. A certified nursing assistant, Freeman grew up with a lot of heavy and fried food and was overweight from a young age, peaking at 315 pounds at age 20, in 2008. She ate relatively few vegetables as a child, and when she ate healthy produce such as collard greens, it was often cooked with pork.

After her doctor said she was prediabetic at age 21 and prescribed blood pressure medication, she became more worried about her health and became determined to lose weight. She began her diet in September 2012 and fell to 182 pounds by the early spring of 2014, a weight she said wasn't sustainable for her, so she eventually settled at what has become her typical weight of 200 pounds.

The first thing she did was cut out sugary sodas and fruit drinks. She switched from canned to fresh vegetables, which she found tastier, and ate more of those and less heavy food. She began reading labels and was shocked to find out how much sugar is in products like ketchup.

Over time, her palate changed. Now, she rarely eats fried food, because it makes her feel weighed down. She exercises at least five days a week.

At one point, Freeman tried a trendy low-carb diet for a few months, but she realized it wasn’t sustainable and quit it. She created a website to share healthy recipes and workout techniques.

Freeman said switching to a healthier lifestyle is partly mental. “Be patient with yourself” and don’t get frustrated, she advised.

“You have to think of weight loss as a marathon," he said, "and constantly think about it and adapt.”

Here are experts’ tips to lose weight and not gain it back.